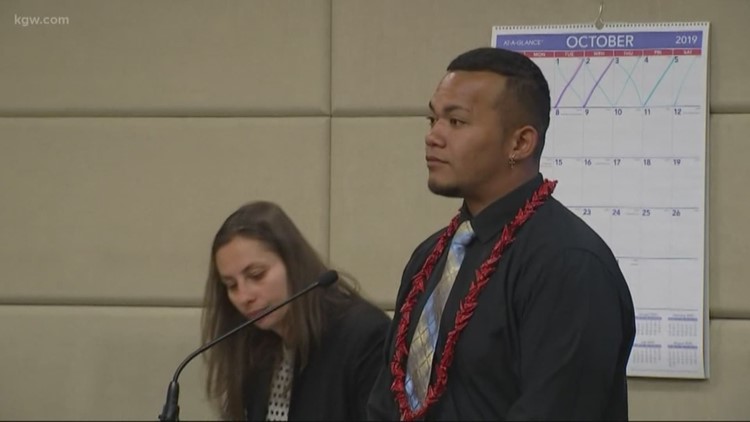 PORTLAND, Ore. — A member of the far-right group Proud Boys who was involved in physical altercations at Portland protests is barred from participating in city demonstrations for the next two years, a Multnomah County judge ruled.

Tusitala "Tiny" Toese, 23, was also sentenced to two years probation and 80 hours of community service after he pleaded guilty to third-degree assault for his role in a violent altercation.

The judge also ordered he pay restitution to Timothy Ledwith, the man Toese and an associate, Donovan Flippo, assaulted in June 2018 in Portland.

Ledwith said he waved the pair off after they drove by yelling inflammatory things. But he said they stopped the truck and beat him up.

As part of a plea agreement, prosecutors dropped a felony assault charge against Toese.

During his impact statement to the court, Ledwith said he preferred Toese avoid any jail time.