Jean Gerich, 77, was one of 10 victims in a string of hit-and-run crashes in Southeast Portland, police said. Nine other people were wounded in Monday's attack. 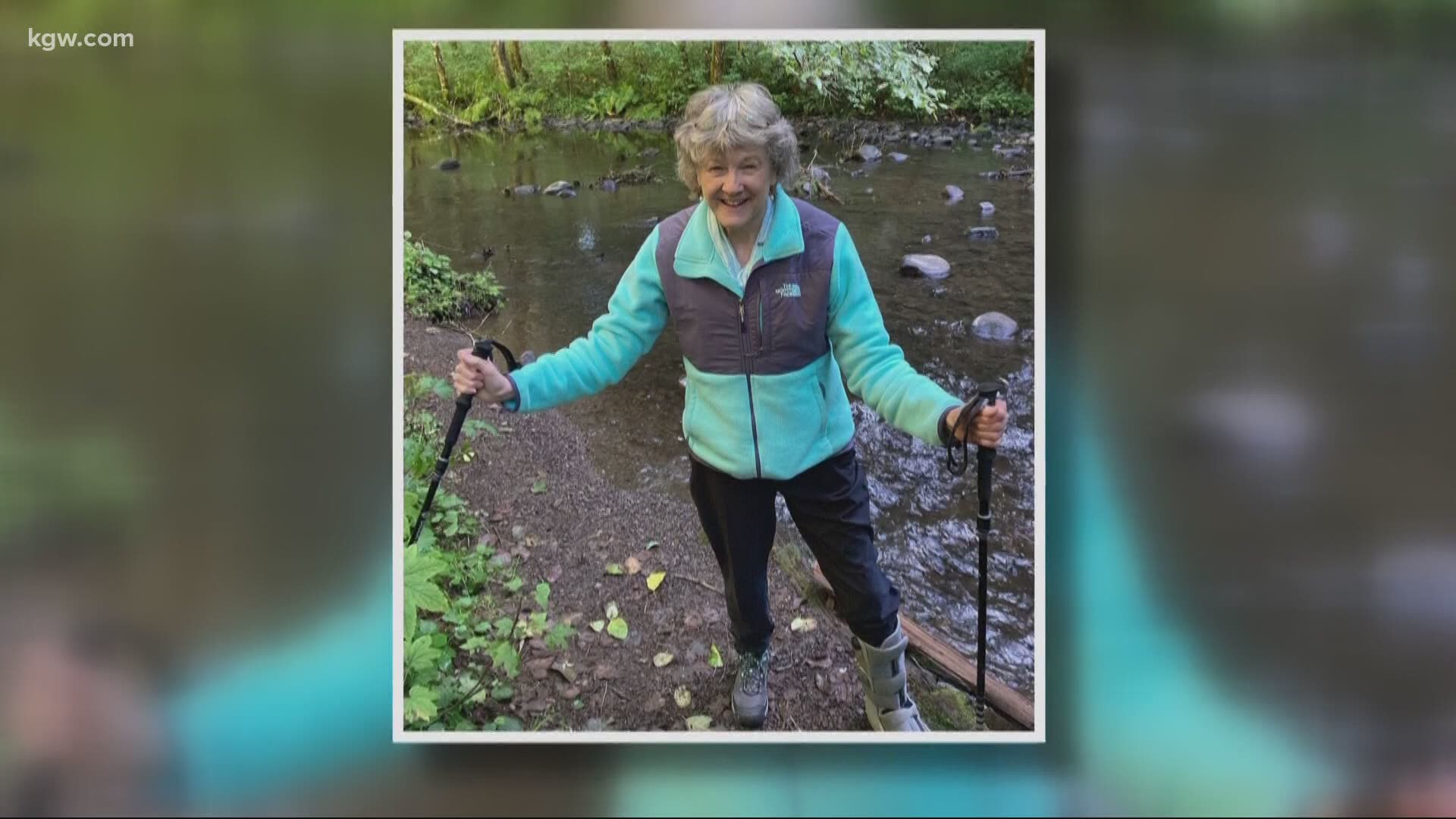 PORTLAND, Ore — The Portland woman who died after she was hit by an alleged hit-and-run driver Monday afternoon was a mother, grandmother and cancer survivor, her family said.

Jean Gerich, 77, was one of 10 victims in a string of hit-and-run crashes in Southeast Portland. Nine other people were wounded, according to police.

"She was adventuresome," said friend Jeanne Pace. "She was a free spirit. She traveled anywhere she wanted on her own."

Detectives believe the suspected driver, identified as Paul Rivas, 64, of Oregon City, intended to hit and injure people, but he was not motivated by bias or politics and there is no evidence the crashes were an act of terrorism. The suspect was captured by police after neighbors in the area surrounded him while he tried to run away.

"I don't think there's any way to wrap my head around something like this," said Pace. "I can't make any sense of it at all. It feels so sad."

Gerich’s family said she had recently received her first dose of the COVID-19 vaccine and was happy to be out in the world again.

Her family released the following statement:

"Jean Gerich was not a nameless victim. She was a loving mother of two. She was a proud grandmother of five, ages 4 to 16. She would have turned 78 in twelve days. She beat cancer five years ago. She received her first vaccination shot last week and was overjoyed to get out in the world again. She has lived in the city of Portland since 1972 and for those 48 years she has loved her community of friends, Forest Park, and the proximity to nature.

We are grateful for the good Samaritans who were at the scene.

Credit: Family photo
Jean Gerich was "overjoyed to get out in the world again" after receiving her COVID-19 vaccine, her family said.

RELATED: No evidence of terrorism, bias or political motivation in string of hit-and-runs, Portland police say

RELATED: ‘It was coming pretty fast’: Runner avoids being hit by erratic driver during string of SE Portland crashes