Urbanite's owner says they lost thousands in merchandise and that her business is just one of many in the city that has been hit. 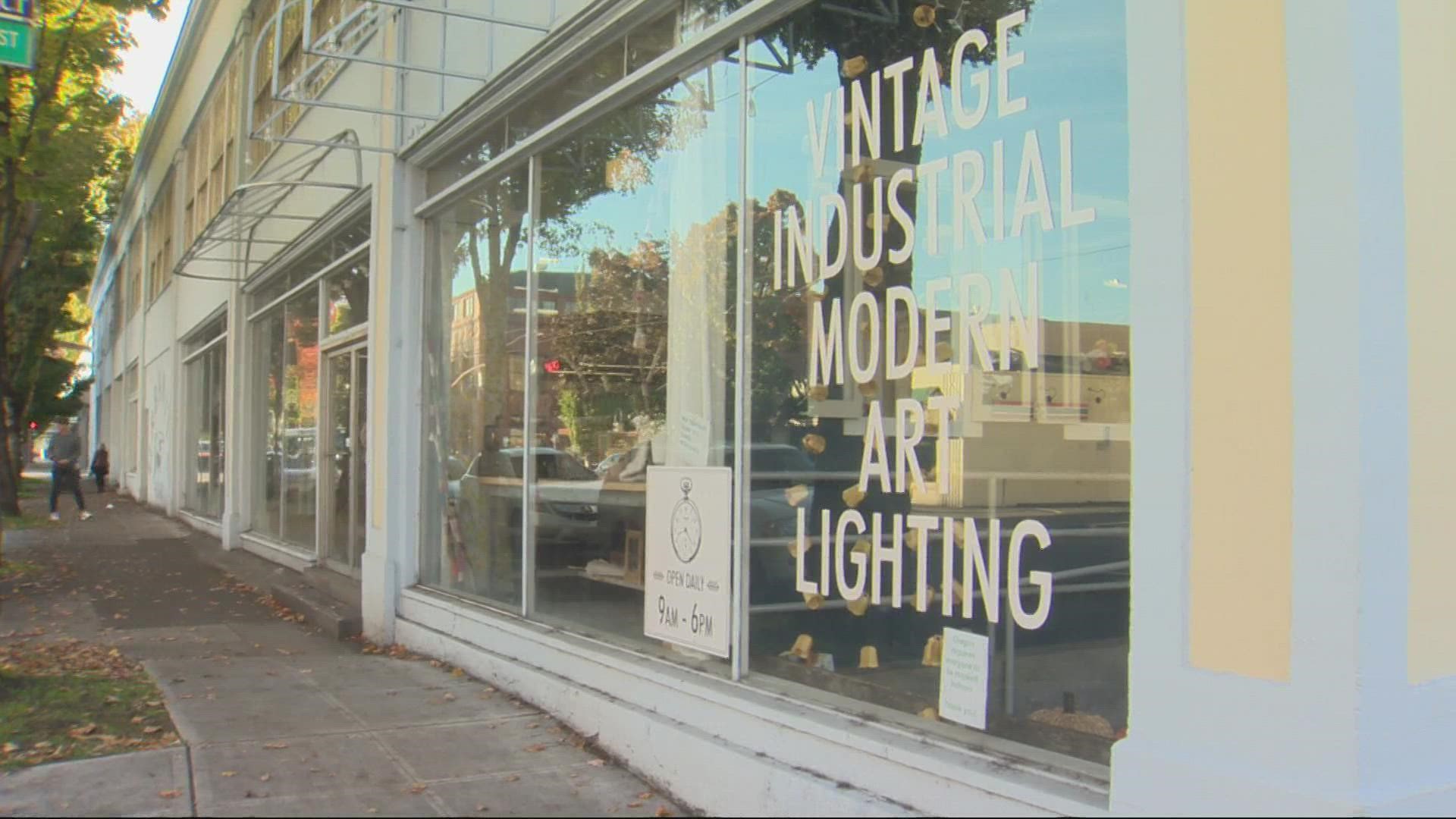 PORTLAND, Ore. — This has been a difficult time for Raquel Coyote and her store Urbanite.

It's on Southeast Grand between Yamhill and Taylor.  It's what she calls a lifestyle store.

There are 54 small businesses under one roof and is a place where makers can sell their wares to customers. It's been open for nearly five years.

“It was important to come home and start a business that supported my small community,”  said Coyote.

Just over a week ago, someone broke in while the store was closed and stole thousands of dollars of merchandise.  After that, other people simply walked in and took what they wanted.  A few days later, someone shot at windows, hitting eleven with pellets.

Saturday morning, Coyote came to work to find someone had tagged the front of the building.  An out-of-state production company planned to pay Urbanite to use the building as a backdrop in an advertising campaign. They canceled the shoot.

She said it's beginning to get disheartening

She said her business is not alone.

During the week Sam Adams from the city of Portland took part in a meeting with local business owners at Urbanite to talk about their concerns. Coyote says they've been told to look into putting bars on their windows and hiring private security.

What she and others would like to see is a physical and fiscal response from the city because the problems, as they stand right now, are not going away.