Portland police warn about a new scam where the suspect's phone number comes up as a police number and the caller uses the name of an actual officer. 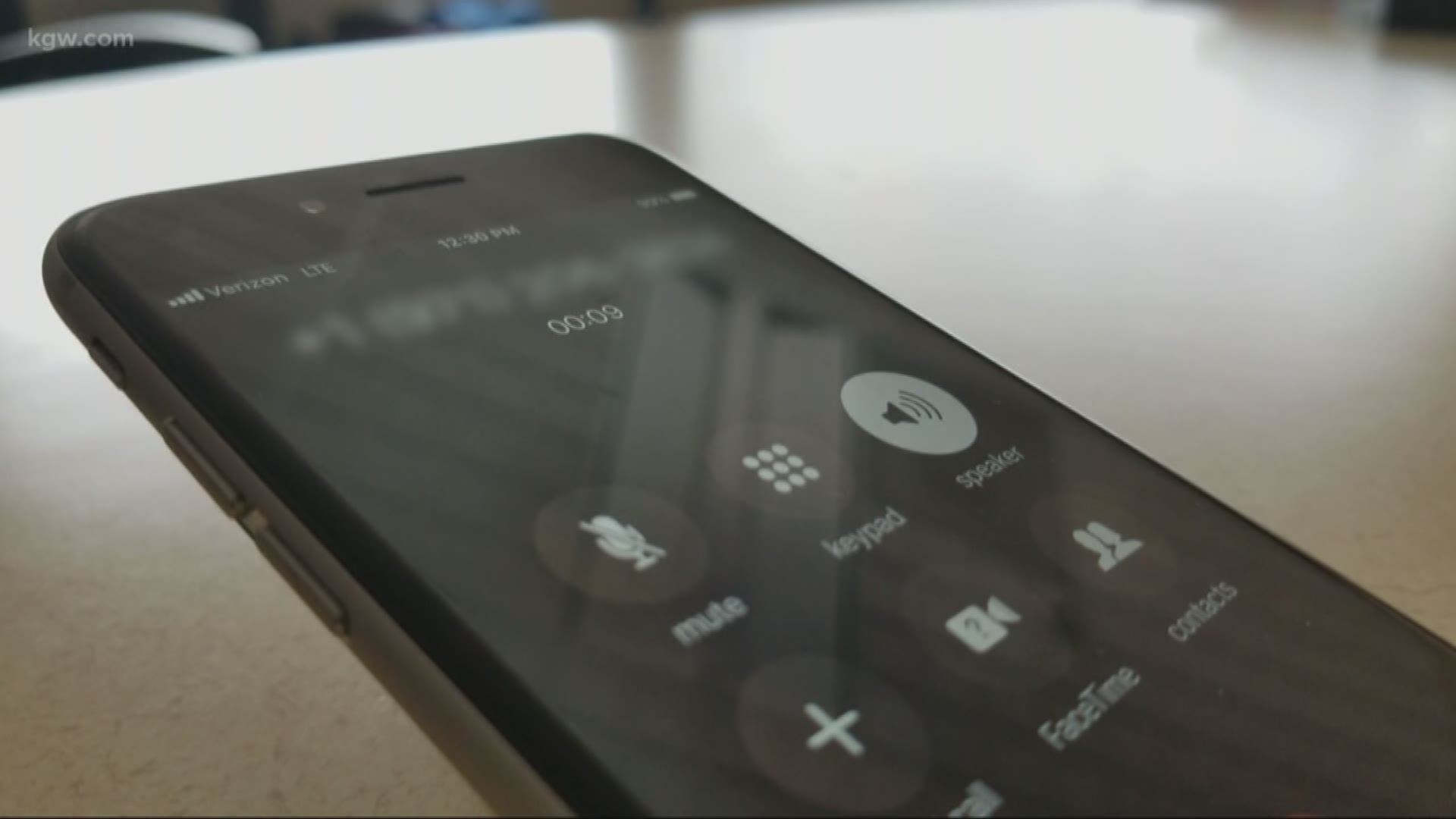 PORTLAND, Ore. — Imagine getting a phone call telling you there is a warrant for your arrest, and you must pay bail immediately over the phone or be arrested.

Well, this latest con is a bit trickier than that. The incoming call comes from what appears to be an official police number and the person who is calling uses the name of a real officer.

Portland police received two reports from people in the real estate industry who have been targeted, one in Bend and the other in Eugene.

In both cases, the caller said his name was Sgt. Peter Simpson with the Portland Police Bureau.

"Pretty jarring to hear somebody using my identity to scam someone," Simpson said.

On top of that, the number that came up on the caller ID was the Portland police non-emergency line — 503-823-3333 — according to Simpson.

The scammer is essentially spoofing a legitimate police agency number and using the real name of a law enforcement officer to gain the trust of the victim. So you may think the call is coming from police but really it is a scamming thief.

"But the phone number they left on the voicemail is a different number and that's the hook, that’s the number that goes to the actual suspect," Simpson said.

You may recognize Simpson's name from past news coverage. He was the spokesperson for Portland police for seven years. A simple Google search brings up a trove of news stories and videos.

Simpson's name recognition may play a role in why the scammer used his name, but it also helped one would-be victim sniff out the scammer.

When the victim got a voicemail, demanding bail money, her daughter turned to the internet. They found old interview videos of Simpson online and compared them to the voice on the phone. They quickly realized the two were not the same person.

"It was good sleuthing on their part," Simpson said.

Neither of the reported victims fell for the scam. Their conversations never got to the point where the scammer asked for a specific dollar amount. However, Simpson said scams like these have cost others thousands of dollars in the past.

"You hear about them and it's just heartbreaking because they're getting people for thousands of dollars. And in some cases, people don't have that money to give," he said.

Police are currently investigating the case. As of now, they're not sure why real estate agents have been targeted.

TIPS TO AVOID BECOMING A VICTIM OF A SCAM