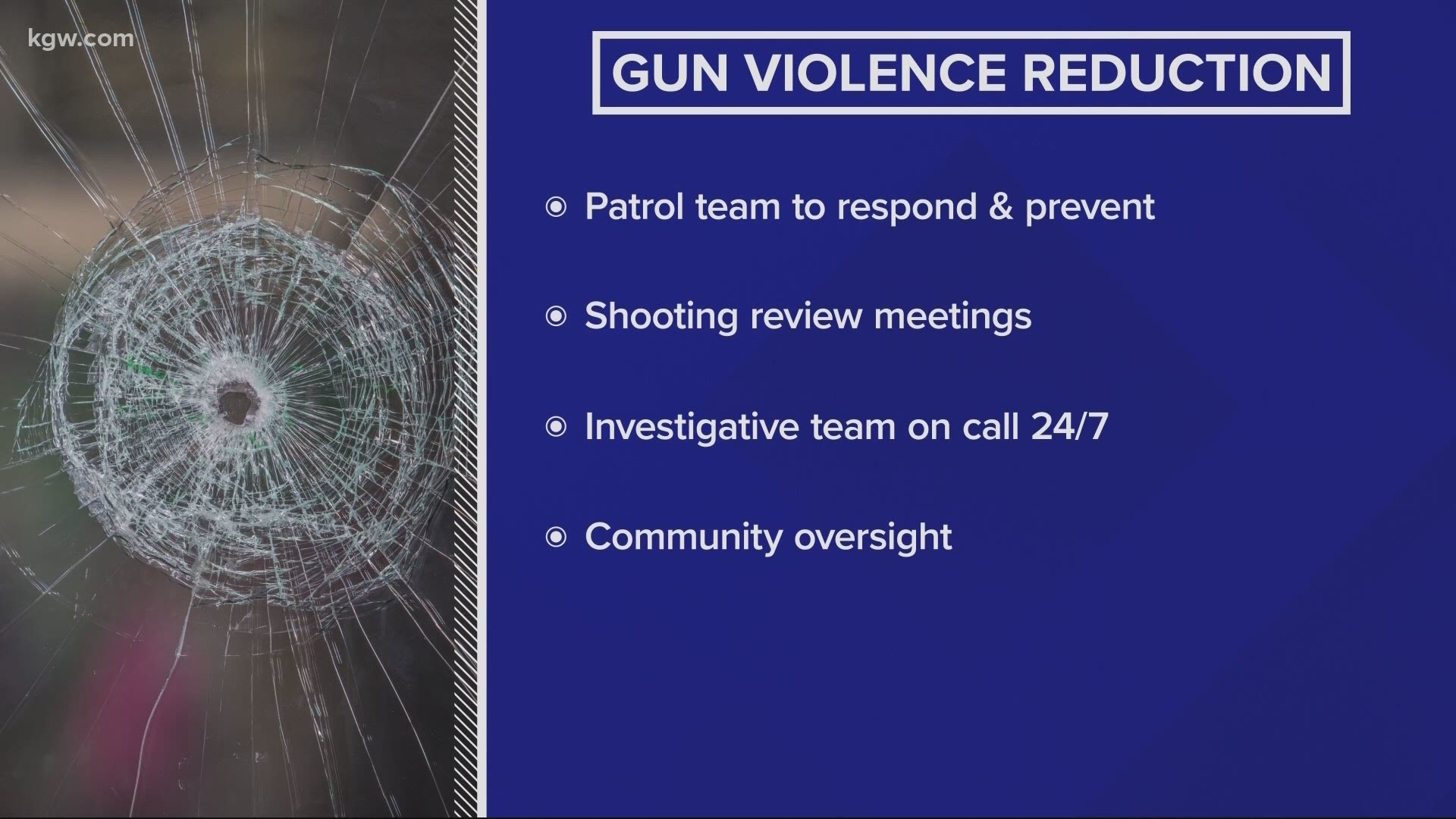 PORTLAND, Ore. — In the last 13 months there have been approximately 1,000 shootings in Portland. Dozens of them happened in Randy Philbrick's neighborhood.

"I worry about my kids' safety," he said. "I worry about my safety. I've told people it's gotten to the point where I, a person who doesn't normally believe I need a gun, have applied for my concealed carry license."

Philbrick is so disheartened by what is going on he is starting a group called Portland For Positive Impact. It's a coalition of people who want to make a difference by taking a proactive approach to combating gun violence.

"We have to start acting as a community if we're going to end this violence," he said.

There is no ignoring the violence. In recent days Portland Police Chief Chuck Lovell has implied he is working on a plan to address the problem, but he would not get into specifics. KGW obtained a copy of a gun violence reduction plan Chief Lovell sent Mayor Ted Wheeler in late December.

Chief Lovell wants to re-establish a uniformed patrol team, with implicit bias training, to respond to and prevent shootings. He wants to re-establish shooting review meetings that identify those most at risk of being involved in gun violence. Chief Lovell wants to establish an investigative team that would be on-call and available to respond to shootings 24 hours a day, seven days a week. All of this, according to Chief Lovell, would be subject to community oversight.

"I think it's important to balance the urgency of this crisis but be thoughtful on what we implement, how we implement it, how we communicate it," Chief Lovell said last Thursday. (Story continues below)

On Friday Mayor Wheeler spoke at a gun violence response coordination meeting. He said he supports and authorizes Chief Lovell to implement shooting review meetings. Mayor Wheeler supports the idea of an on-call team responding to gunfire calls. He wants to learn more about the uniformed team of officers dedicated to violence prevention.

Philbrick says city leaders and law enforcement officials need to come up with a plan sooner rather than later.

"I don't want innocent people dying," he said. "That's pretty much it."