The team will respond to and investigate shootings in Portland, according to police. 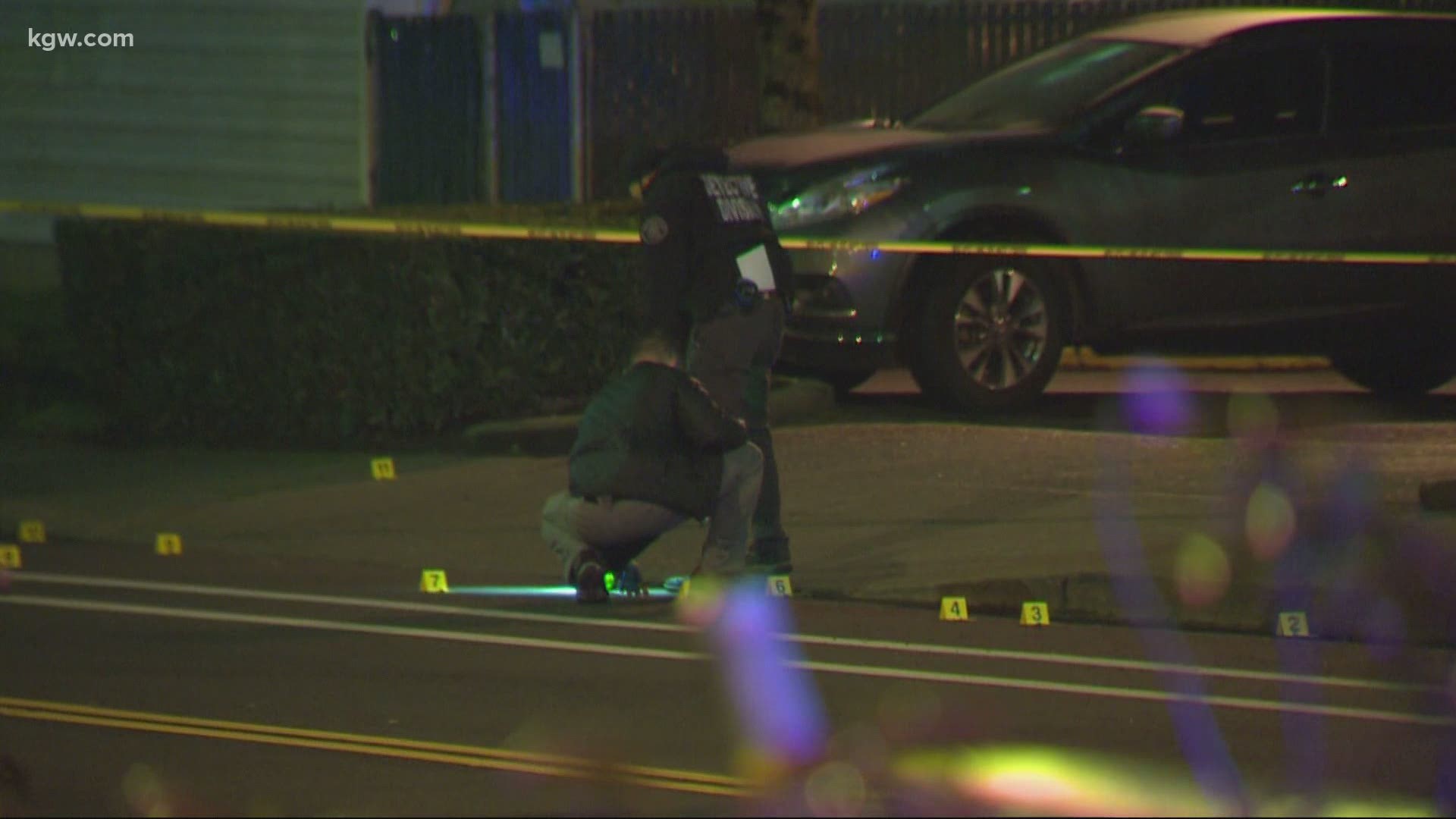 PORTLAND, Ore — The Portland Police Bureau (PPB) on Friday announced the formation of an Enhanced Community Safety Team, which will respond to and investigate shootings in Portland.

Police spokesperson Kevin Allen said the team was activated Thursday and responded to a call in North Portland on Alaska Avenue.

Earlier this month, PPB Chief Chuck Lovell implied he was working on a plan to address the surge in shootings in Portland. KGW obtained a copy of a gun violence reduction plan Chief Lovell sent Mayor Ted Wheeler in late December.

Lovell wants to re-establish a uniformed patrol team, with implicit bias training, to respond to and prevent shootings. He wants to re-establish shooting review meetings that identify those most at risk of being involved in gun violence. Chief Lovell wants to establish an investigative team that would be on-call and available to respond to shootings 24 hours a day, seven days a week. All of this, according to Chief Lovell, would be subject to community oversight.

"I think it's important to balance the urgency of this crisis but be thoughtful on what we implement, how we implement it, how we communicate it," Chief Lovell said earlier this month.

“I want to be clear. I see what others see; too many people being shot and killed in our community. I am deeply impacted by the loss of life and the trauma plaguing our community. Immediate action is needed. That’s why I asked Portland Police Chief Chuck Lovell for proposals about how best to respond and why I authorized the creation of an on-call team of officers to help investigate shootings that result in injuries or deaths. This is one of several law enforcement actions my administration is working on. We’re also working on increased prevention, intervention, education and support for victims and their families. Gun violence is a public health crisis. We are taking a holistic, evidence-based approach with our local, regional, state and federal partners.”