Christian is expected to be sentenced Wednesday. He was found guilty earlier this year on 12 counts, including murder and attempted murder. 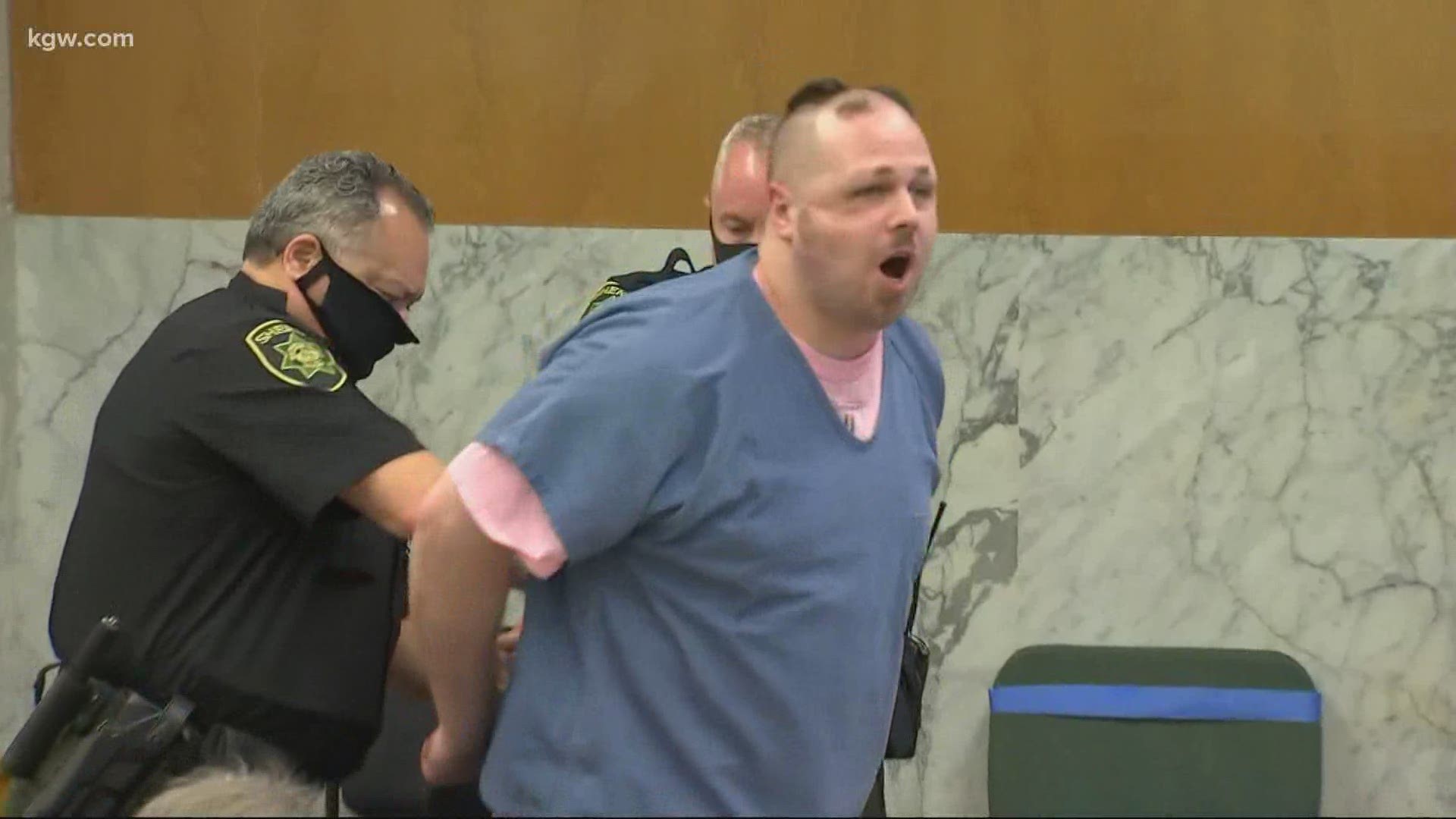 PORTLAND, Ore. — Sentencing for Jeremy Christian, the man convicted of killing two men and injuring a third on a MAX light rail train in Portland in 2017, has been delayed until Wednesday.

Christian was expected to be sentenced Tuesday but the court proceedings were delayed after a heated exchange between Christian and Demetria Hester, the first person who testified in court.

Hester, a Black woman, said Christian threatened her and threw a bottle at her face the day before the MAX stabbings, leaving her with a black eye.

During Hester's testimony, she criticized police for letting Christian walk away the night he attacked her and blasted the judge for letting him yell things during the trial and wave and wink at victims. At the end of her testimony, she told Christian, "When you die and go to hell, I hope you rot there." Christian said he'd see her there and stood up. Officers quickly moved to detain him and as he was being led out of the courtroom, he yelled that he should have killed Hester, called her a b**** and told her to "go back to Tennessee."

"His behavior today was especially egregious so he has forfeited his right to be here during sentencing," said Multnomah County Circuit Court Judge Cheryl Albrecht.

When the hearing resumed Tuesday afternoon, attorneys representing stabbing victim Micah Fletcher and the family of stabbing victim Taliesin Namkai-Meche asked that Christian be brought back into the courtroom to hear the statements their clients planned to give. Judge Albrecht asked that Christian be brought to another courtroom where he could watch the statements on video while the victims and family members could see him at the same time.

Christian was found guilty earlier this year on 12 counts, including murder and attempted murder, as well as assault and intimidation.

Christian's sentencing hearing was originally scheduled for March but was rescheduled due to the coronavirus pandemic.

Christian was drinking sangria on an eastbound Green Line MAX train on May 26, 2017, when he went on an expletive-laced rant about religion, race and politics.

Two Black teen girls, one of whom was wearing a hijab, felt targeted by the attack and relocated in the train to create space between them and Christian.