Portland police called the event peaceful. Thousands of demonstrators, many of them students, attended the march and rally. 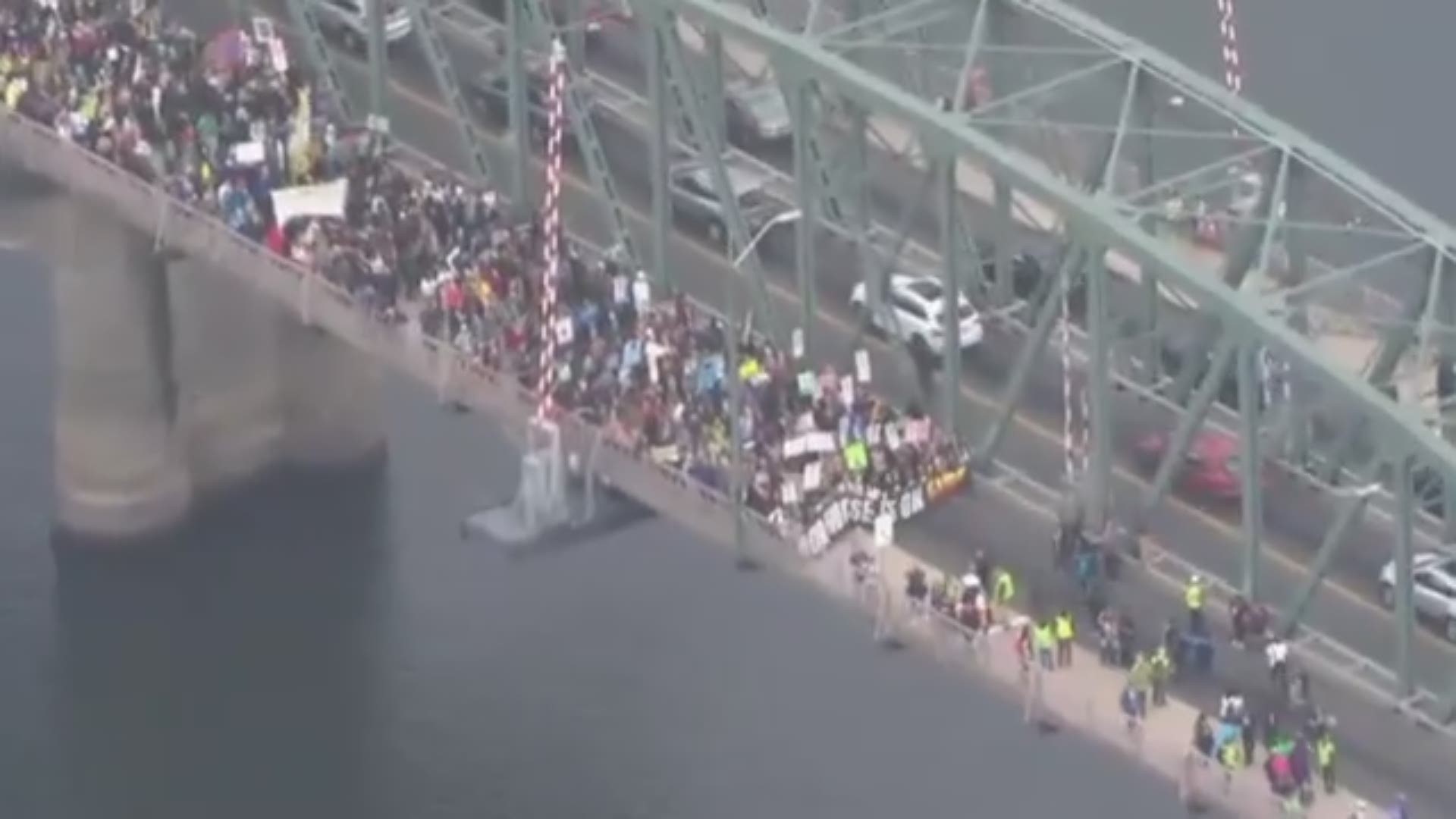 Thousands of Portland students attended the event to make their voices heard on climate change. They gathered in Terry Schrunk Plaza and marched down Southwest Madison Street across the Hawthorne Bridge to OMSI.

The event was largely peaceful. Police said one demonstrator was treated by medics after being pepper-sprayed by another person. The suspect has not been identified.

During the march, a man vandalized the Hawthorne Bridge and fought with officers as they attempted to arrest him, according to police. Officers used a takedown and pepper spray to subdue the man, who identified himself as “Jake.” Police arrested him on charges of second-degree criminal mischief and resisting arrest.

Additionally, police arrested two 17-year-old boys on charges of second-degree disorderly conduct and interfering with a police officer. The boys were processed and released. Their cases were referred to the Multnomah County District Attorney’s juvenile division.