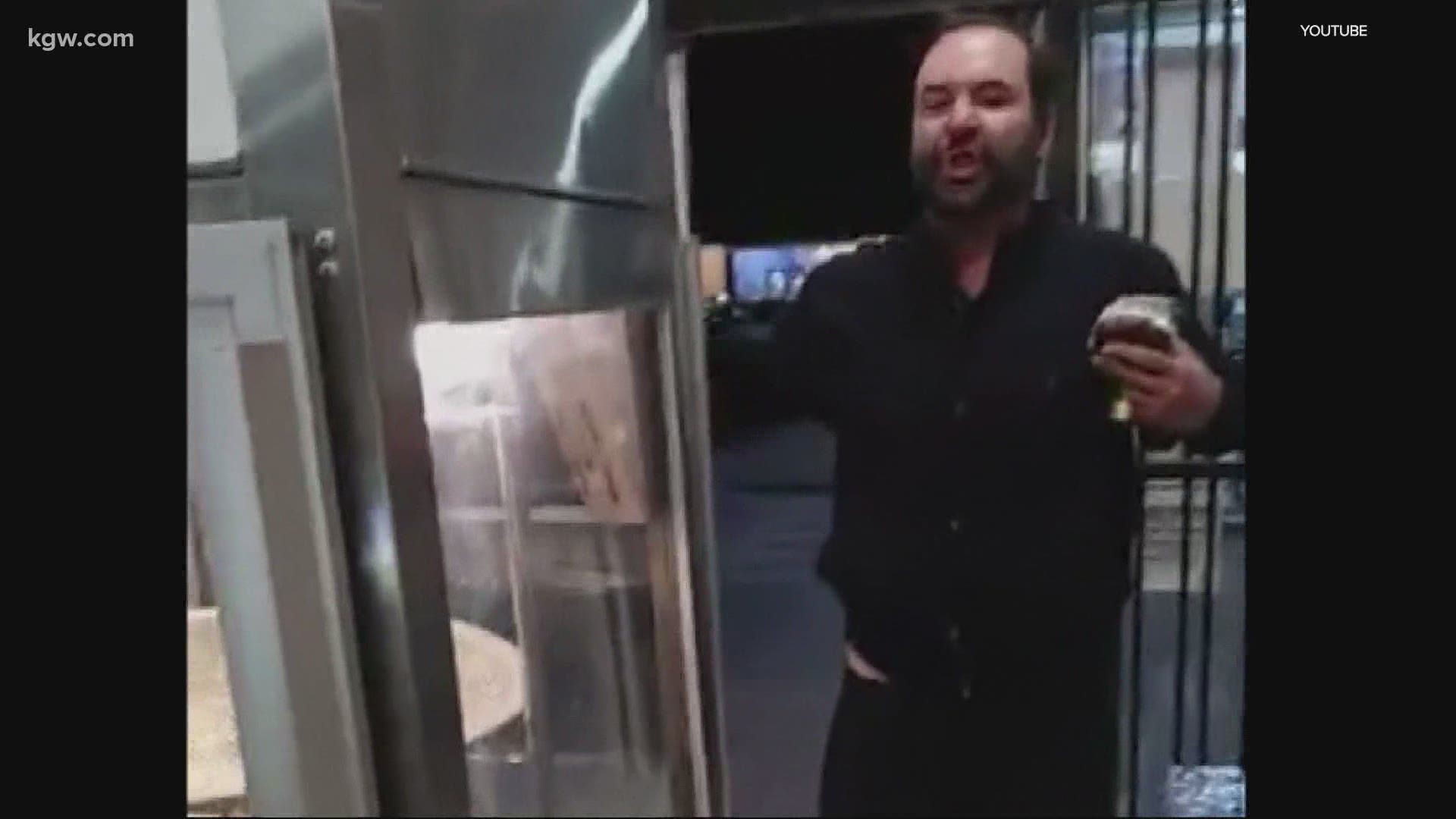 PORTLAND, Ore — A man is facing several charges in connection with an attack on a convenience store worker in Southeast Portland on Friday.

Cellphone video shows the suspect, identified by police as 43-year-old Brian Christopher Miller, yelling anti-Muslim slurs and threatening to kill the 68-year-old worker, who is Muslim and emigrated from Afghanistan.

It happened at a Chevron gas station convenience store in Southeast Portland. The employee recorded the attack on his cellphone as he frantically called 911.

In the video, Miller is seen yelling at the worker for several minutes, saying things like: "Is that how we do things in America? Afghan, Al Qaeda, Osama?" and "I'll [expletive] shoot you in the back!"

Miller threw things and shoved a food case at the victim, and police say he stole items.

"To have the wherewithal to [record] in such fear and terror and panic - it was fortunate we were able to capture this because what would the situation be if it weren't captured on video," Seemab Hussaini, the vice chair for the Oregon Chapter of the Council on American-Islamic Relations (CAIR) told KGW.

Portland police responded quickly and arrested Miller for first-degree criminal mischief and third-degree robbery. He was released on his own recognizance a few hours later, meaning he didn’t need to pay bail.

He appeared in court by phone on Monday.

CAIR-Oregon had called for hate crime charges against Miller.

Hussaini met with the family, who he said is traumatized.

"It's difficult, it's painful. You have an immigrant family that arrived here in the early 80's,” Hussaini said. "You feel less American when you're treated like an other.”

The family wants to stay anonymous to protect themselves from the suspect and any one else who may target them.

Hussaini said the victim is sore after being attacked. He's back to work, with support from his son and nearby businesses keeping an eye out and watching his back.

Ultimately, his family wants justice for what happened.

"I was like, 'What should justice look like?'" Hussaini said of his conversation with the family. "They’re like, 'People need help. Who knows what's wrong with this man, but this man has hate in his heart. How do you stop that?'"