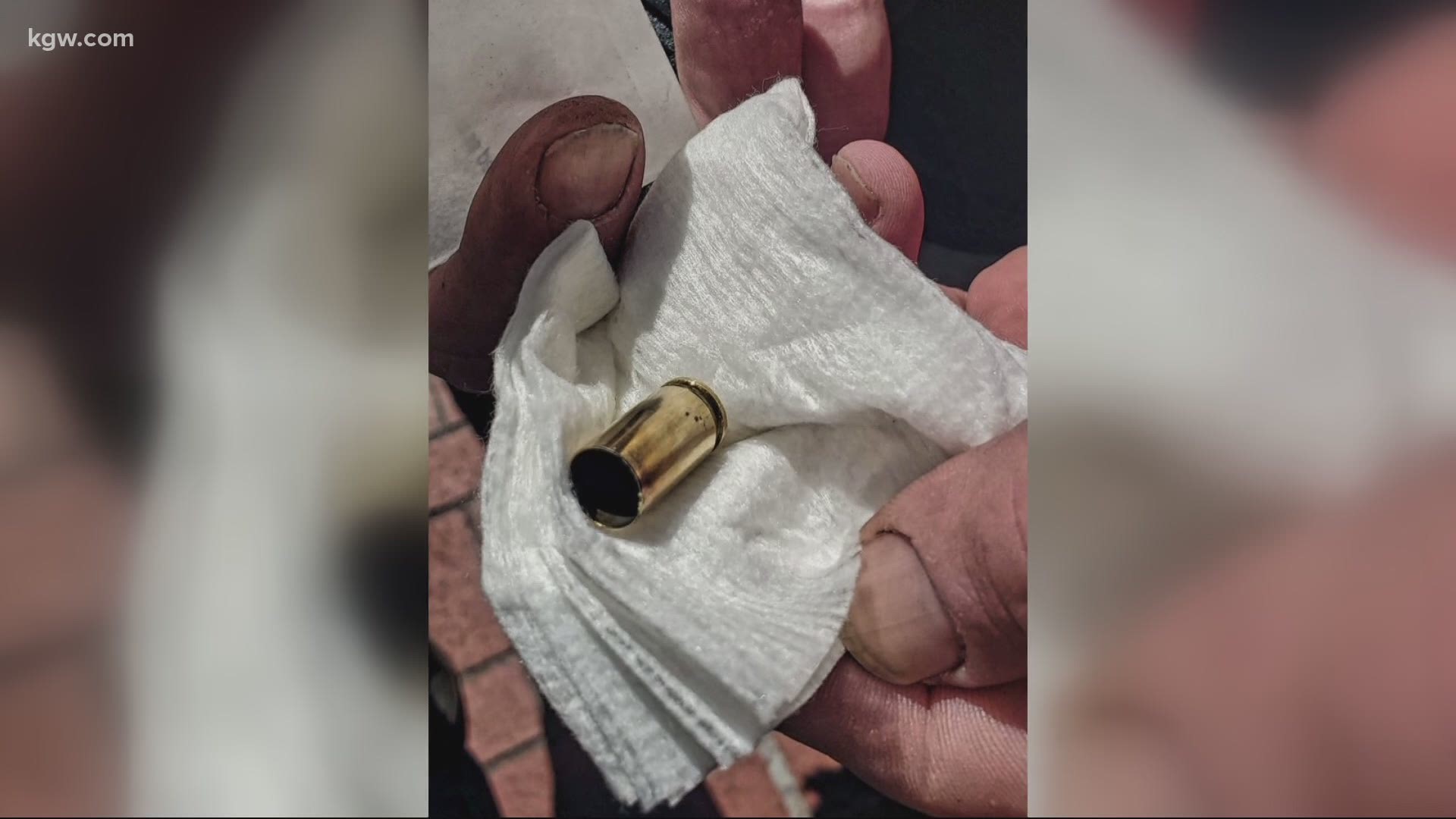 Skylor Noel Jernigan was booked into the Multnomah County Jail Wednesday on charges of unlawful use of a weapon, menacing, recklessly endangering another person and discharging a firearm in the city.

Portland police said a search warrant was served and investigators seized the gun believed to be used as evidence.

Far-right protesters marched downtown Saturday afternoon in dissent of the protests against police brutality and systemic racism, which have been happening in Portland for more than 80 nights, some of which have turned violent. Willamette Week reports Jernigan has attended far-right rallies since 2018.

The Portland Police Bureau released a statement Saturday night saying it had few resources available due to another incident in Northwest Portland.

Police said an officer took a report of one person who was injured after allegedly being hit in the face with a paintball fired from a paintball gun. Police said mace or bear repellent was allegedly used but did not clarify who was using them.

RELATED: Reports of shots fired during counter-protest in downtown Portland

A video posted to Twitter showed some cars leaving a parking garage at Southwest 4th Avenue and Yamhill Street. Something that sounded like shots could be heard. A caption on the video said "shots fired" and someone is heard saying, "They're shooting blanks." The end of the video shows a still image of someone holding a casing.

Portland police said it was reported a person, now believed to be Jernigan, fired a gun during the confrontation at Southwest 4th Avenue and Yamhill Street. No one was reported to be injured.