The suspect will be bummed to learn only 1,000 blank invoices were inside the package. 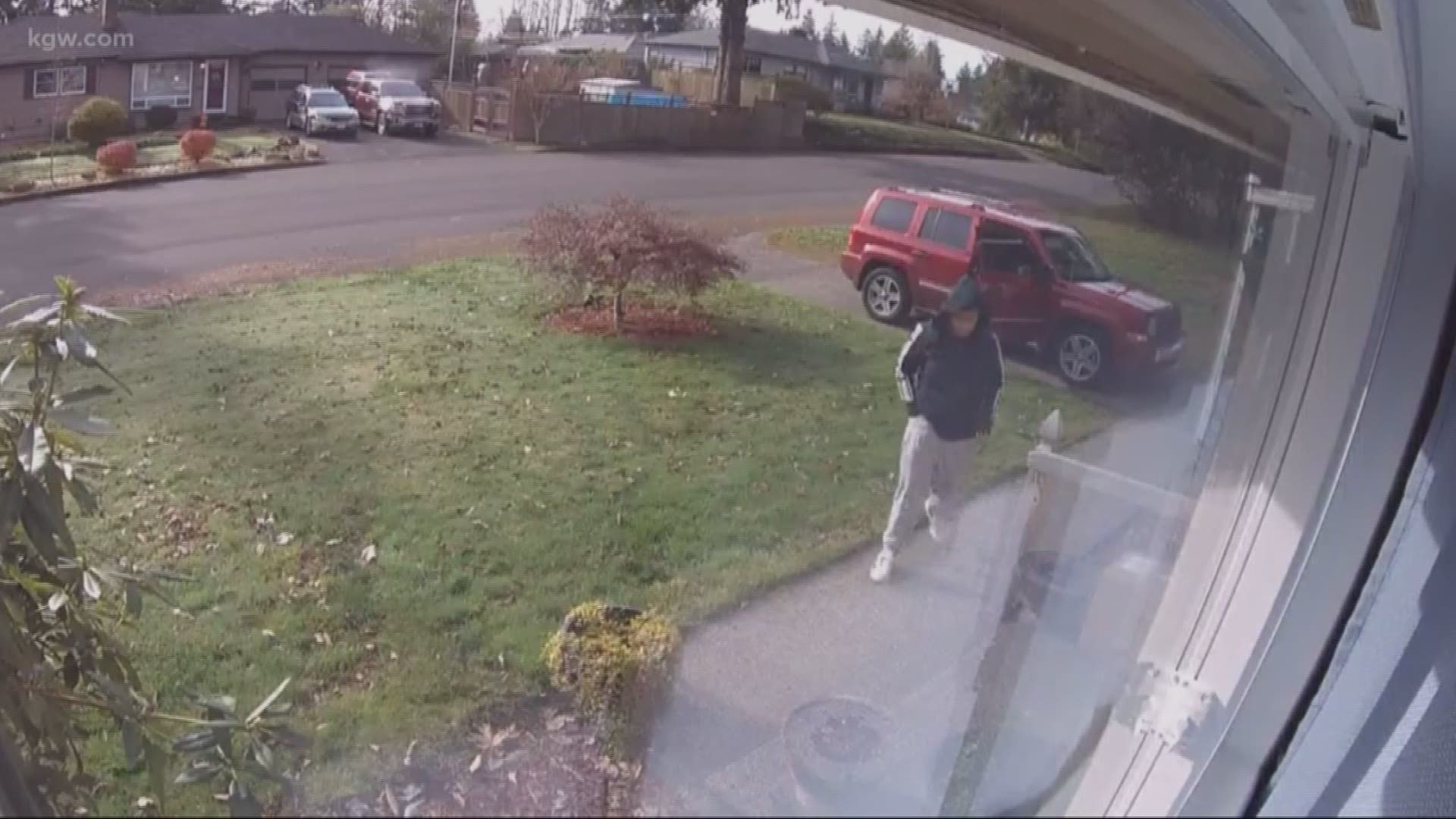 VANCOUVER, Wash. — A Vancouver man is frustrated over the theft of a package from his front porch.

"It's a shame," said Greg Martsolf.

Martsolf's home security cameras are typically more of a scare tactic than actual necessity, but it was a different story Thursday morning. His cameras captured something that can only be described as maddening.

"You have to put up cameras and deal with this stuff," he said.

Just before 11 AM the camera trained on Martsolf's front porch recorded a 'porch pirate' in action. A red SUV pulled into Martsolf's driveway on Saint Helens Avenue in Vancouver. Somebody wearing a hood jumped out of the front passenger seat, grabbed a package from the porch, and took off.

"The car was backing up before he even got in it so there was a second person obviously," said Martsolf. "They'll be surprised when they open it."

Martsolf says the package contained 1,000 blank invoices for his company.

"The shame of it is there's zero value to anybody else."

That is not always the case. That is why law enforcement agencies like the Washington County Sheriff's Office utilize what are called 'bait packages.'

Packages equipped with GPS are scattered around town. When they are stolen, deputies know right where to go.

"We do this to try and protect our community members," said Sgt. Danny DiPietro of the Washington County Sheriff's Office. "Even if it's just something small ... you're still a victim and you feel violated."

That sums up how Greg Martsolf is feeling after watching a stranger steal from him in broad daylight. Martsolf is hoping authorities track down the thief.

"It's Christmas season coming up and this is when porch pirates get bold and more packages get delivered."