Spokane police said both suspects checked a person’s status to determine if they were an essential worker or engaging in essential business. 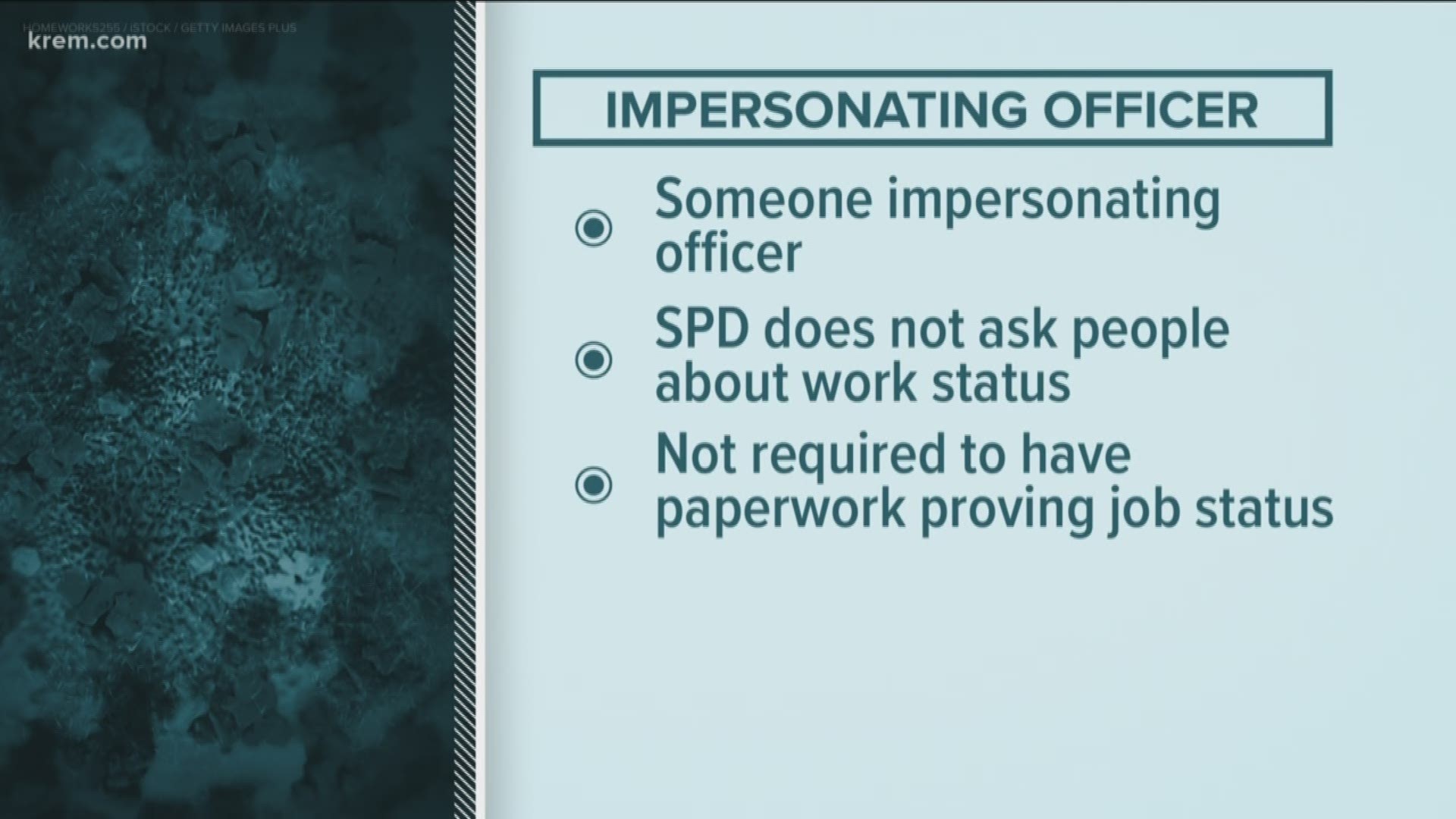 Spokane police say at least one suspect acted under the pretense of checking the person’s status to determine if they were an essential worker or engaging in essential business.

Gov. Jay Inslee recently extended the stay home order through May 4. It allows people to leave their homes for imperative errands and to go outside, for activities such as walks and gardening, while maintaining a safe social distance from others. Only essential businesses may remain open to the public.

Police said the first incident of officer impersonation occurred last Thursday, March 26, at about 6 a.m. when a man waiting at the bus stop was approached by someone driving a dark-colored Crown Victoria with emergency lights in the interior.

The person impersonating an officer pulled up beside the man at the bus stop and asked what he was doing out, police said.

The latest incident occurred after 10 p.m. on Thursday when a healthcare worker was pulled over in their vehicle by someone in an unmarked car who was impersonating an officer, police said. The healthcare worker provided their ID badge, which the impersonator said was insufficient to confirm their profession.

“It is important to know the Spokane Police Department is not targeting random people on the streets to inquire about their working status during this COVID-19 pandemic. Nor are people required to have paperwork proving they are essential workers,” a spokesperson for the police department wrote in a statement on Friday.

The police department, among other law enforcement agencies in Spokane County, has reiterated that its focus during the "stay home" order remains on education rather than enforcement.

However, people who are concerned about businesses that remain open during the shut-down of non-essential businesses should email InlandBizCompliance@spokanecounty.org or call 509-477-2684. They should not call 911 or Crime Check.

RELATED: How to report Spokane businesses out of compliance with 'stay home' order

Those who are stopped or approached by an officer in plain clothes driving an unmarked vehicle are within their rights to ask the officer for their ID or request a uniformed officer be present.

People should also call 911 if they believe the person is not a police officer.

Impersonating a police officer in a second-degree gross misdemeanor in Washington state.