Several people have been arrested in connection with the May 1 brawl, which occurred between supporters of right-wing Patriot Prayer and left-wing Antifa. 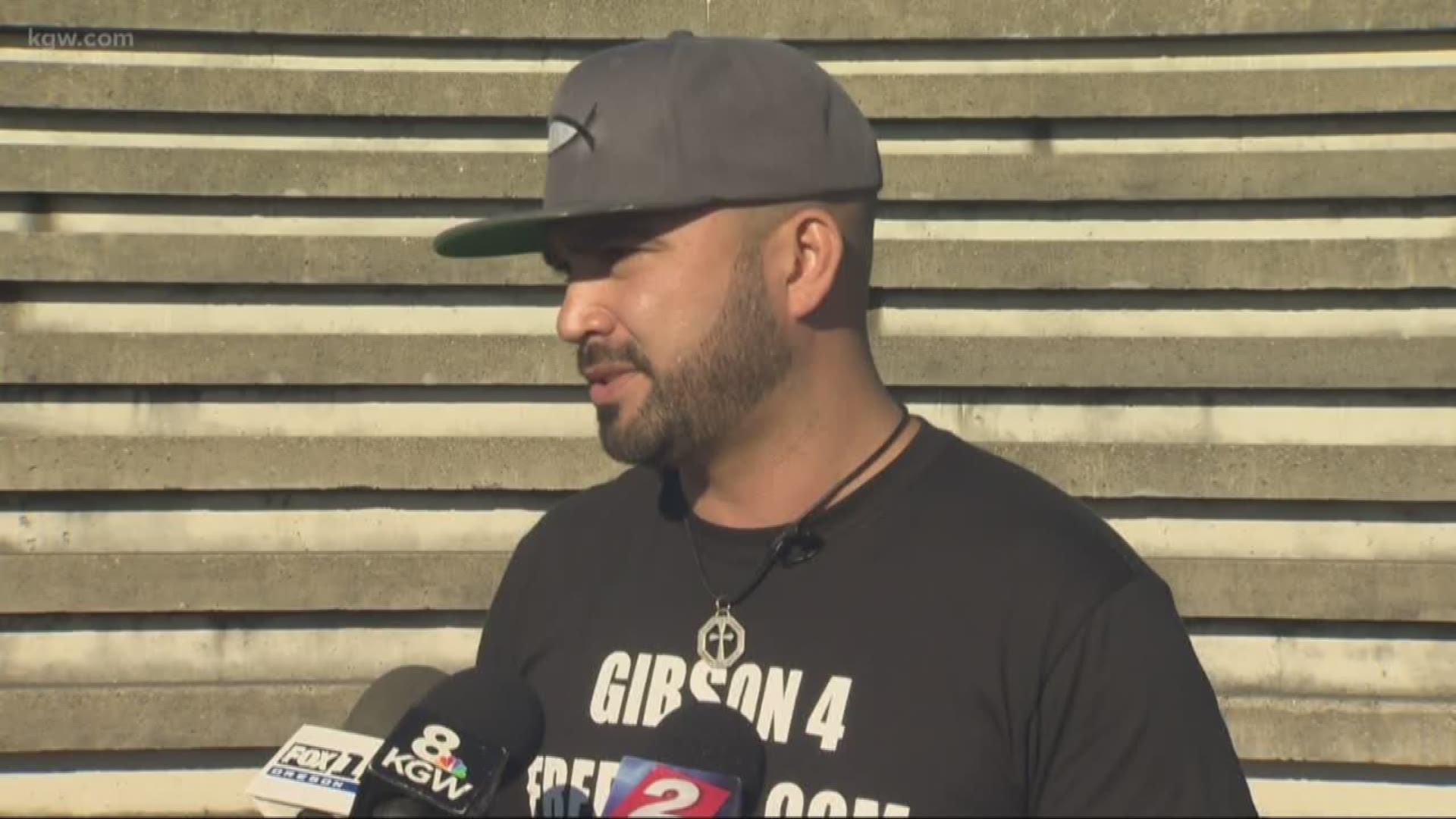 PORTLAND, Ore. — Patriot Prayer leader Joey Gibson turned himself into authorities and was booked into the Multnomah County Jail on Friday. He was released from jail a few hours later.

An active warrant for riot was issued against Gibson, according to Portland police. The felony Class C charge is in connection with a brawl outside a Northeast Portland bar on May Day.

Gibson will be arraigned Monday morning at 10:10 a.m. in the Multnomah County Justice Center. According to a Facebook event post, Gibson will speak on the steps of the courthouse at 9:20 a.m.

On May 1, supporters of right-wing Patriot Prayer and left-wing Antifa brawled outside the Cider Riot bar, located near Northeast 8th Avenue and Couch Street. The fight between approximately 60 people marked a violent end to an otherwise peaceful May Day in Portland.

Several people have been arrested in connection with the brawl.

The charges come just ahead of possible protests this Saturday in downtown Portland by various groups.

RELATED: Two more arrests made in relation to May Day fight outside Cider Riot Bar

Gibson's lawyer, James Buchal, who is also the Multnomah County Republican Chair, learned about the felony riot charge against Gibson on Thursday. He said Gibson is innocent and videos show Gibson was not engaged in violent conduct. He also said that Gibson "was repeatedly pepper-sprayed and spat upon by violent members of Antifa."

"I was on a sidewalk recording no different than Andy Ngo," Gibson said in reference to a conservative writer who was assaulted during a violent demonstration in June.

Gibson also told Larson he thinks the district attorney's office is going to try to ban him from future protests.

The recent arrests related to the May Day brawl come ahead of a showdown between left-wing and right-wing groups on Aug. 17. Portland Mayor Ted Wheeler and Police Chief Danielle Outlaw have been vocal that law enforcement will not tolerate violence at Saturday’s dueling demonstrations. None of the city's nearly 1,000 police officers will have the day off, and Portland will get help from the Oregon State Police and the FBI.

Gibson told KGW he believes the timing of the charge against him isn't a coincidence.

"If they can charge me with felony for standing on the sidewalk and exercising my free speech, how's that going to make everyone else feel coming in on Saturday?" Gibson asked.

Gibson doesn't know if he'll be going to Saturday's dueling demonstrations. He encouraged people to attend and behave peacefully, saying, "Do not break the law."

"The ironic part is I was totally done with Portland, like I have really enjoyed not going into that hate-filled city. But now, they want to try to fight back and take away my First Amendment. I'm a free speech advocate, so we'll see I do next," he said.

Portland has been the site of several violent clashing demonstrations between left-wing anti-fascist groups and right-wing demonstrators, many from outside of Oregon, since the election of President Donald Trump.