The Washington County Sheriff's Office is hoping to stop package thieves with its bait package program. 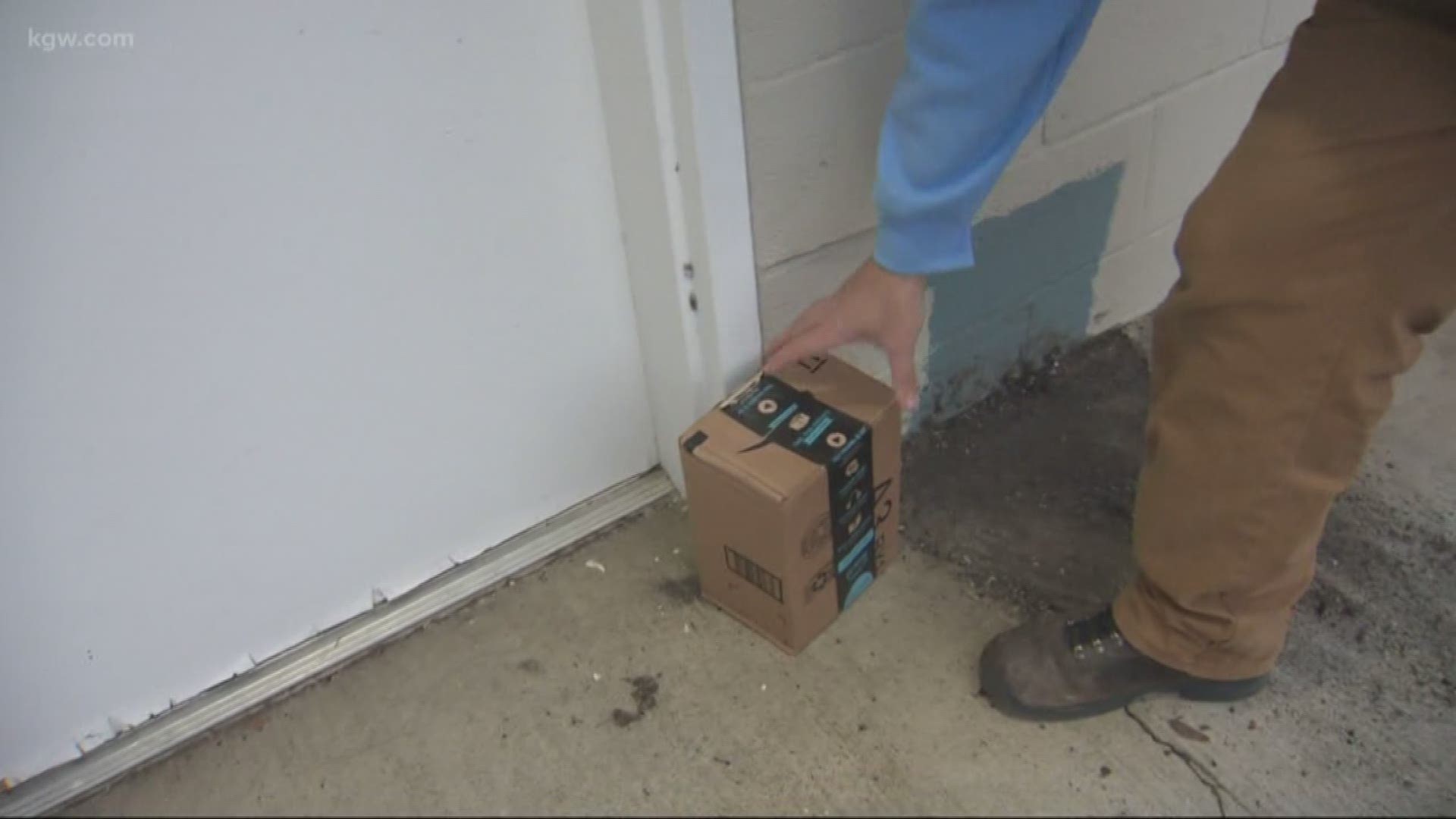 HILLSBORO, Ore. — Cyber Monday is one of the few Mondays nobody seems to mind because it's all about online shopping.

Consumers are slated to spend more than $9 billion on this Cyber Monday. A countless number of packages will be dropped off at homes across the country.

Unfortunately, a lot of those packages will be stolen. According to the New York Times, more than 1.5 million packages are stolen or go missing each day across the country.

"I've had packages stolen," said Det. Patrick Altiere of the Washington County Sheriff's Office. "I don't want it to happen."

Altiere is urging package thieves to reel it in this holiday season. The veteran cop runs the department's bait package program.

"It's not necessarily about the busts for us," Altiere said. "We're more about deterrence."

Altiere said the Washington County Sheriff's Office has been running its bait package program for more than five years. Packages equipped with GPS devices are placed at homes across Washington County. As soon as a package is stolen, the GPS device wakes up.

"Which then starts communicating with us via GPS and cell phone," Altiere said. "We get notifications and alarms."

Authorities are able to track the stolen package and thief in real time.

"If you just ignore the problem, then people doing it will keep doing it," Altiere said.

Altiere said you can eliminate any risk of losing a package to a thief by doing one of the following.

"If you're ordering packages make sure they come when you're home, send them to a neighbor's, send them to an Amazon locker, have them go to work if your work will allow it," he said.

These are tips to keep in mind before you finalize an online purchase, whether it's on Cyber Monday or any day this holiday season.