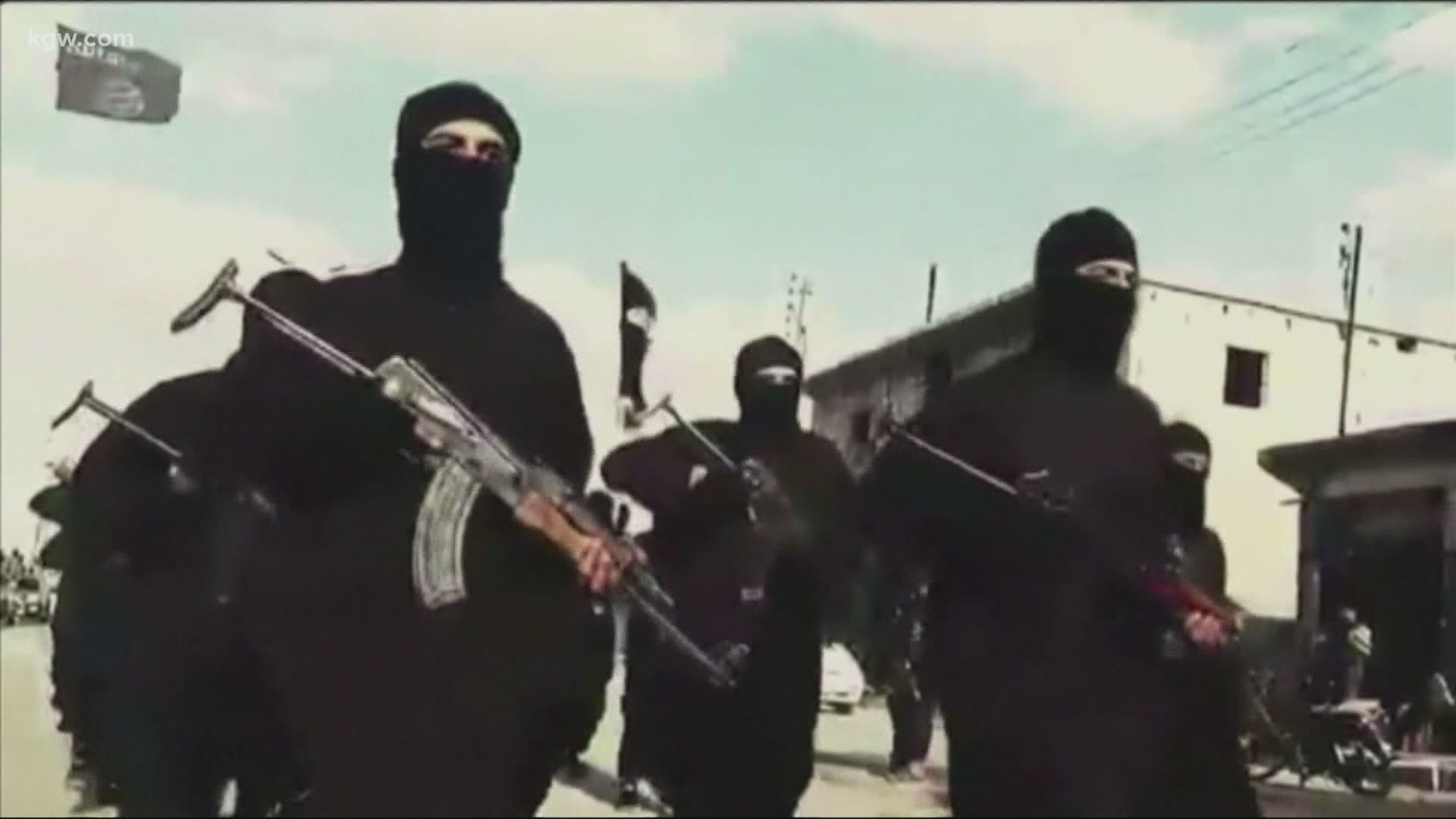 PORTLAND, Ore. — The arrest of a Troutdale man on terrorism-related charges highlights a new tactic of the Islamic State’s global network, according Bennett Clifford, researcher at George Washington University's Program on Extremism.

Hawazen Sameer Mothafar, 31, pleaded not guilty to a five-count federal indictment on Thursday.

Mothafar is accused of coordinating with ISIS operatives overseas to edit, produce and distribute ISIS propaganda and recruiting material.

The government did not seek detention because Mothafar has physical disabilities and is confined to a wheelchair, explained the Department of Justice.

KGW spoke with the researcher on extremism and co-author of ‘Homegrown: ISIS in America’ about the terrorism-related case in Oregon.

The interview has been edited for length and clarity.

The indictment describes the defendant as something like a social media manager for ISIS. Is that basically his job description?

Bennett Clifford, researcher at George Washington University's Program on Extremism: This is somewhat of a new facet of the Islamic State’s global network of their supporters and how they’re expected to play a role in the organization. After 2017 and 2018, the Islamic State in Iraq and Syria lost a substantial amount of its territory due to the military operations of the coalition against ISIS in the Middle East and one of the results of that is their traditional, formal media hierarchy was devastated. As a result of that, the Islamic State started urging its own supporters to crowd source the media operation by creating their own media, creating their own media outlets either by translating old media or creating the quasi formal, independent media outlets like this one.

KGW: Have you heard of similar terrorism cases involving the creation and distribution of propaganda?

Clifford: There was a similar case last year in Illinois of a young man who is believed to have performed similar services for the Islamic State. He offered to help translate some previous propaganda documents they had released as well as create content through the use of bots on social media to create and disseminate social media on behalf of the group.

KGW: So, maybe we shouldn’t be all that surprised by a case like this- in Oregon or anywhere else in the U.S.?

KGW: Anything else about this case that stands out to you?

Clifford: This is sort of a new phenomenon, if you look at terrorism in the United States, especially international terrorism -- in previous generations, let’s say in the early 2000’s with Al Qaeda, in order to consider yourself a member of a jihadist organization from the United States, you would have had to follow a pretty standard path by traveling to a different country, participating in a training camp, getting trained up militarily or fighting with a group in an overseas conflict. It’s interesting that in this new environment related to terrorist groups he was able to find himself a role solely by broadcasting this propaganda online which didn’t require any physical action (or travel).