'It's my justice, and it's taken away': Amid pandemic, survivor fears Gov. Brown will free her abuser

A woman who says she was abused by a relative for close to a decade is worried he could be released early amid the coronavirus pandemic. 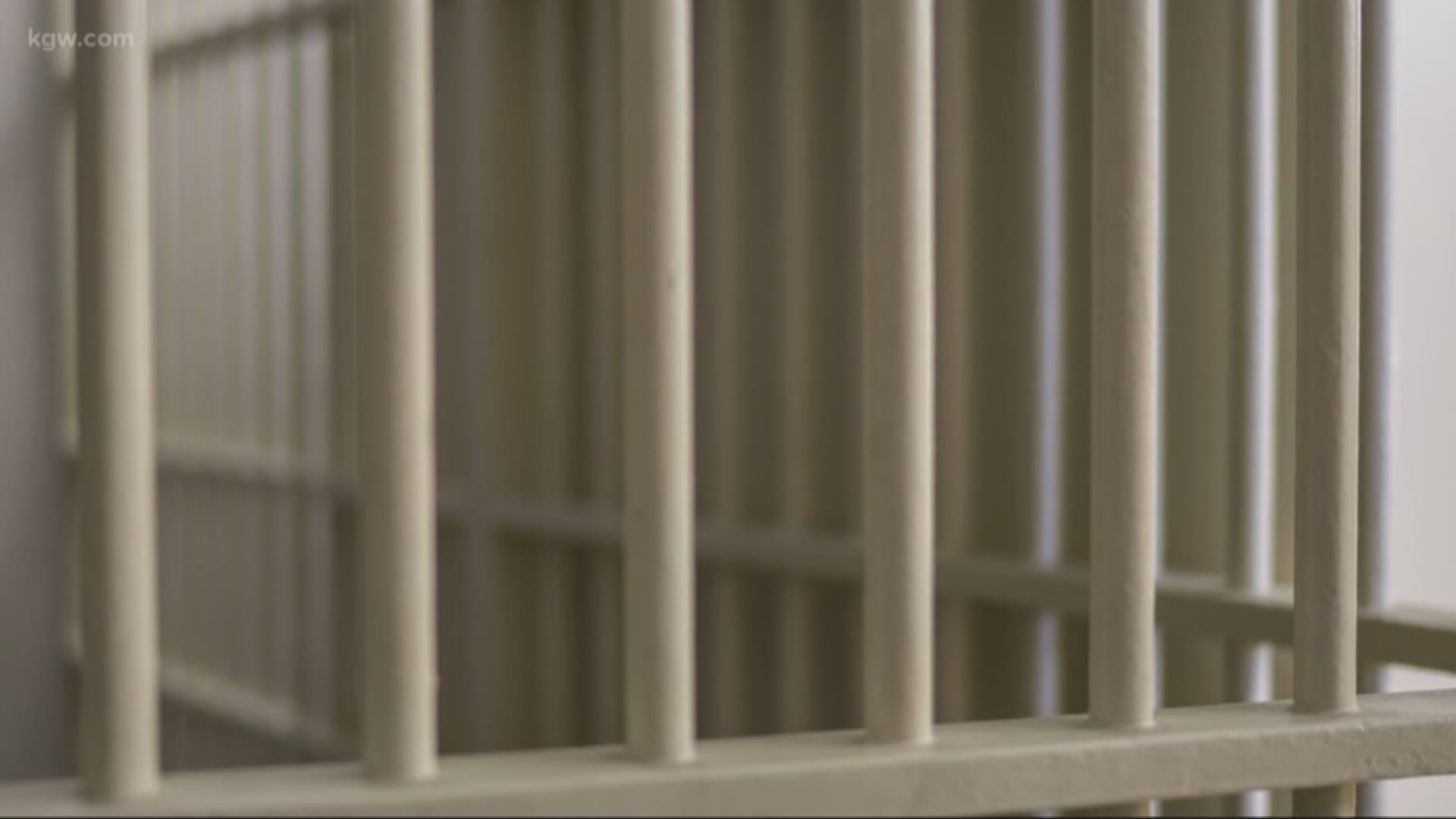 PORTLAND, Ore. — For weeks, the battle over keeping COVID-19 out of Oregon's prisons has been one waged by advocates calling for clemency and inmates pleading for space.

In an open letter this week, the Oregon District Attorneys Association blasted the idea of releasing inmates, writing it would "discount the safety and security of victims".

Meanwhile the Oregon Department of Corrections says they're working to keep the state’s more than 14,500 inmates apart, but staff admit doing so all the time is impossible.

Ultimately, the decision lies in the hands of Oregon Gov. Kate Brown, who is considering freeing some offenders. The Oregonian on Thursday reported the DOC has turned over a list of more than 3,200 inmates who may be eligible.

Trinity Landry wants to make sure the voices of survivors are heard, too.

“They're not getting what they deserve,” she said. “It is so important to [my family] personally because I am a victim of sex abuse.”

KGW has a policy of not identifying victims, particularly of sex crimes, and even more so of child sex crimes. Landry was abused as a child, but Friday the 18-year-old Wilsonville-native was adamant about wanting to share her story.

Chief among her reasons, she believes there are other survivors who feel the same way she does.

“Every single day he's in there means everything to me because that is what I fought for,” she said. “It's my justice, and it's taken away.”

Landry is talking about Jerry Rice, a relative who she says abused her for close to a decade, starting when she was 5 years old.

Court records show Rice was charged with seven counts of first-degree sex abuse in 2017. He later pleaded guilty to the lesser Class B felony and non-Measure 11 crime of attempted sex abuse. He’s currently serving a nearly three-year sentence at the Oregon State Correctional Institution outside Salem. He’s due to get out in December 2021.

Now, Landry fears he could walk free early "because he's over 60 years old, and he has a compromised immune system.”

Gov. Brown is indeed taking those factors into consideration, especially for inmates convicted of non-Measure 11 crimes, which carry mandatory minimum sentences with no possibility for reduction.

KGW reached out to the governor’s office and the DOC about whether Rice might be set free. As of Friday evening, neither had responded, but the governor did issue a general statement reading, in part, “it would be irresponsible to compromise public safety for indeterminate benefits to public health. Whether an adult in custody should be released before the end of their sentence or not is a decision that must be weighed based on the individual merits of their situation.”

KGW also received a statement from state Rep. Christine Drazan (R-Canby), who represents Landry's home district. In an email, she wrote, “The Department of Corrections cannot make this decision behind closed doors. Victims and their families deserve to participate in a public process that acknowledges the harm they experienced and ensures their safety. We cannot ask victims to stand silently by and allow this virus to take their voice after a criminal act has taken so much from them already.”

The Oregonian reported Brown has not made a final call on which inmates she’ll release, and there is no timeline for her decision. Landry and her family reached out to Rep. Drazan and posted an open letter to Gov. Brown.

My name is Trinity Landry, and I’m an eighteen year old sex abuse victim. I was traumatized for most of my childhood and teenage life because of my abuser. I never had a moment of peace. For my entire life I never felt safe in my own home because of this man. In court I was finally able to stand up and read my victim impact statement to him. I’ve had these words broadcast worldwide by BACA (Bikers Against Child Abuse) who supported me throughout the entire ordeal. It was also empowering when Judge Katherine E. Weber told me how my statement was the most powerful and well thought out statement that she had heard in her years on the bench. I hope they have inspired others who would advocate for victims as much as they do.

My abuser went to jail in February 2019 and due to Kate Brown’s proposed policy of releasing inmates with certain attributes, he may be getting out early. This man was charged with eight Measure 11 crimes, but received a reduced sentence of less than three years in prison after pleading down to a lesser charge. He is supposed to serve every single day; without any good behavior or early release until December 23rd, 2021 as was the date he agreed to in his plea.

The time this man serves in jail is so important to me because the time your abuser serves in jail means everything to you. It is the only scrap of justice I have received and now it’s being taken away from me.

I was devastated when I read the article Wednesday night. For three years I fought tooth and nail to get justice, and now it’s being taken away. It is not fair. None of this is fair to me or any victim whose abuser is being released due to this policy.

It’s hard for me to imagine that this is happening. Just as I have begun to heal from this trauma, I am flooded with the memories of what happened when I think about my abuser's possible release.

Governor Kate Brown was going to go through with this policy without being transparent at all. As a victim it is my right to know that my abuser is going to be released, as well as any status changes or other information related to his case that can affect me. Minimally, I should have input to the disposition of his sentence. While I understand we are going through a global pandemic… it doesn’t make it right to release these people. They are in prison for a reason. There are victims attached to the crimes these prisoners have committed; I am only one of many. They should not be allowed out any sooner than their release dates.

Senior care facilities are currently keeping their residents in their rooms and delivering meals. Prisons should keep their inmates within their cells and do this as well. Just because they are older or have compromised health does not mean we need to release these criminals into the streets. My abuser was over 60 and already in a ‘vulnerable health” situation when he chose to abuse me. He was convicted for this. They have earned their time in prison, and it should not be cut short. Especially for people that have committed sexual or physical crimes.

I am now only eighteen years old,  but I have endured an inordinate amount of trauma for anyone to suffer. I have become stronger as a result of my journey out of abuse; a part of that was due to my abuser being sentenced to prison... Now that my abuser may be released if the Governor makes her decision; it brings everything back to the surface. What Governor Kate Brown is doing to victims and their families is both cruel and unfair. She is taking away the justice that we have fought hard for and for which we have endured endless stress because of.

If you are hearing me say these words I encourage you to reach out. Please let your voices be heard. Whether you are a victim, a family member, or even an everyday citizen. We must work together to get the Governor to listen to us before she sets this absurd policy in motion.  We may only have a week to do this. This is a serious matter to me, and it is going to harm hundreds maybe even thousands of people who are just like me.

I hope this gives a better understanding of what victims and their family suffer.