Dozens of businesses in Northeast Portland vandalized over the weekend 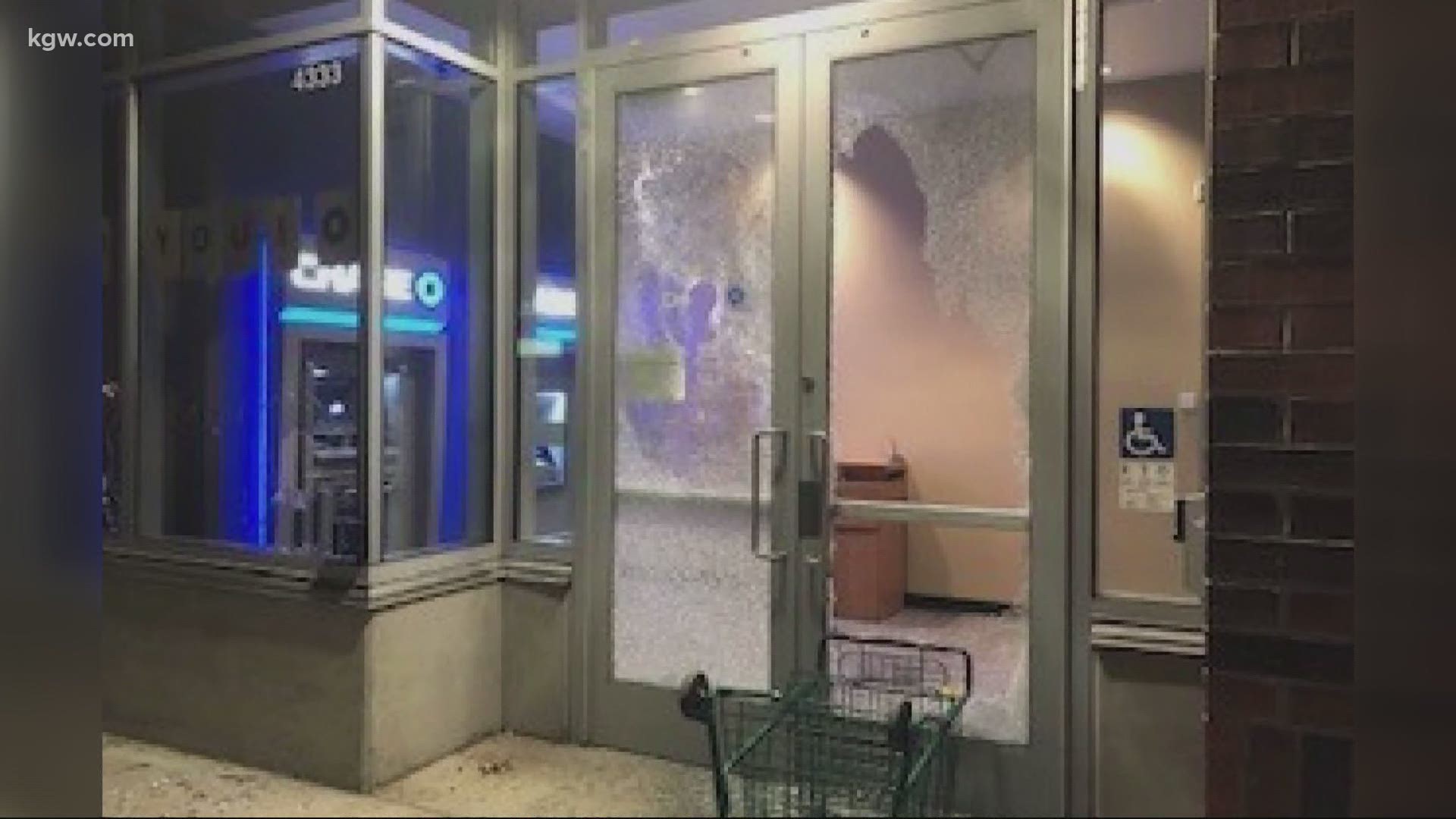 The Mexican consulate and the new Multnomah County Courthouse in downtown Portland were also hit with graffiti.

Point S Tire and Auto Service was one of the vandalized Northeast Portland businesses. Manager Brett Baumgartge took video of the damage from his store. He said the building was spray-painted, the windows were spray-pained but they were able get it cleaned up in just a couple of hours.

Other businesses along Sandy Boulevard, such as Chase Bank, had windows broken out.

Portland Mayor Ted Wheeler sent KGW a video message saying, “I want to be clear, these are not protestors engaged in this activity they are not supporting some just cause. They’re vandals and they’re criminals. As such, they need to be arrested and they need to be held accountable,” said Wheeler.

He said he would meet with Portland Police Chief Chuck Lovell Monday afternoon to see what tools his department needs in order to bring the vandalism to an end.

It’s an end-all businesses would like to see sooner than later, especially Eric Murfitt with Mercantile Portland. He said he’s lost about $1 million when his store was looted through last spring in downtown.

While his insurance has paid out about half of their $1 million claim, they’re in the process of finding a new insurance company.

“They’ve been doing a good job with our claim, but they did give us a notice of non-renewal, so we are out on the market with our broker looking to find new coverage, “ said Murfitt.

He said they have been able to find one company, but he said his premium is going to be four times higher and his deductible would be 25 times higher from last year.