On Sept. 9, a judge sentenced David Bogdanov to 234 months in prison for second-degree murder and 12 months for malicious harassment. 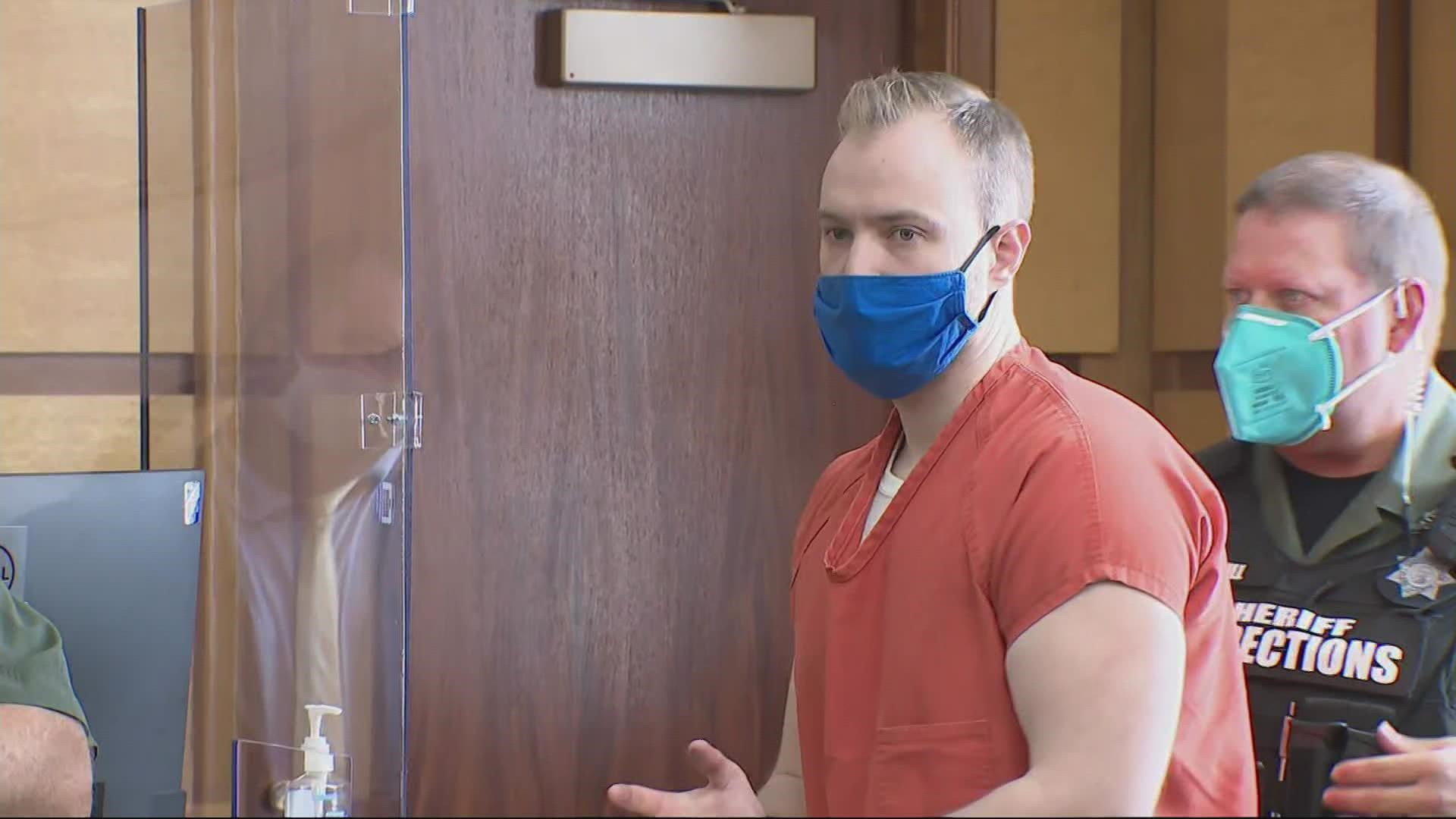 VANCOUVER, Wash — On Thursday, a judge sentenced David Bogdanov, the man found guilty of murdering Vancouver teen Nikki Kuhnhausen in 2019 after learning she was a transgender woman, to 20 years in prison. Bogdanov's attorney said he plans to appeal the conviction.

Kuhnhausen's mom, Lisa Woods, had asked for the maximum sentence of 20 years. She spoke with reporters outside the courtroom after the sentencing.

Bogdanov was given the opportunity to speak to the court or Kuhnhausen's family, but declined to do so.

On Aug. 27, a jury in Clark County found the 27-year-old guilty of second-degree murder and malicious harassment, which is a hate crime in Washington state.

Kuhnhausen, 17, was reported missing in June of 2019 and her remains were found about six months later in the Larch Mountain area of east Clark County.

Kuhnhausen's friends told police they saw her leave a friend's house in Vancouver to meet a man they didn't know on the evening on June 5, 2019. Detectives looked at Kuhnhausen's Snapchat account and identified Bogdanov as a person of interest. A search warrant for Bogdanov's Snapchat account corroborated that the two had met and that he gave her a ride in his car.

Bogdanov testified that he discovered Kuhnhausen was a transgender woman during a sexual encounter. He said when he tried to get her out of his car, Kuhnhausen reached for his gun and he strangled her with the cord of a cellphone charger in self defense. Bogdanov also said he would be ashamed if his family found out about his sexual encounter with Kuhnhausen.

"I hope that as a monument to Nikki Kuhnhausen, a child of our Clark County community, the efforts by all those who assisted in this case, legal proceedings and a movement toward something resembling justice, may be seen as a step in the greater overall movement, from darkness toward light," said Clark County Superior Court Judge David Gregerson.

Kuhnhausen's murder prompted anger from the local community and it led to the passage of the Nikki Kuhnhausen Act, which blocks a defendant from using a legal strategy known as the LGBTQ+ 'panic defense."