Portland police say all the violent protest in the city has made them slow to respond to other crimes. 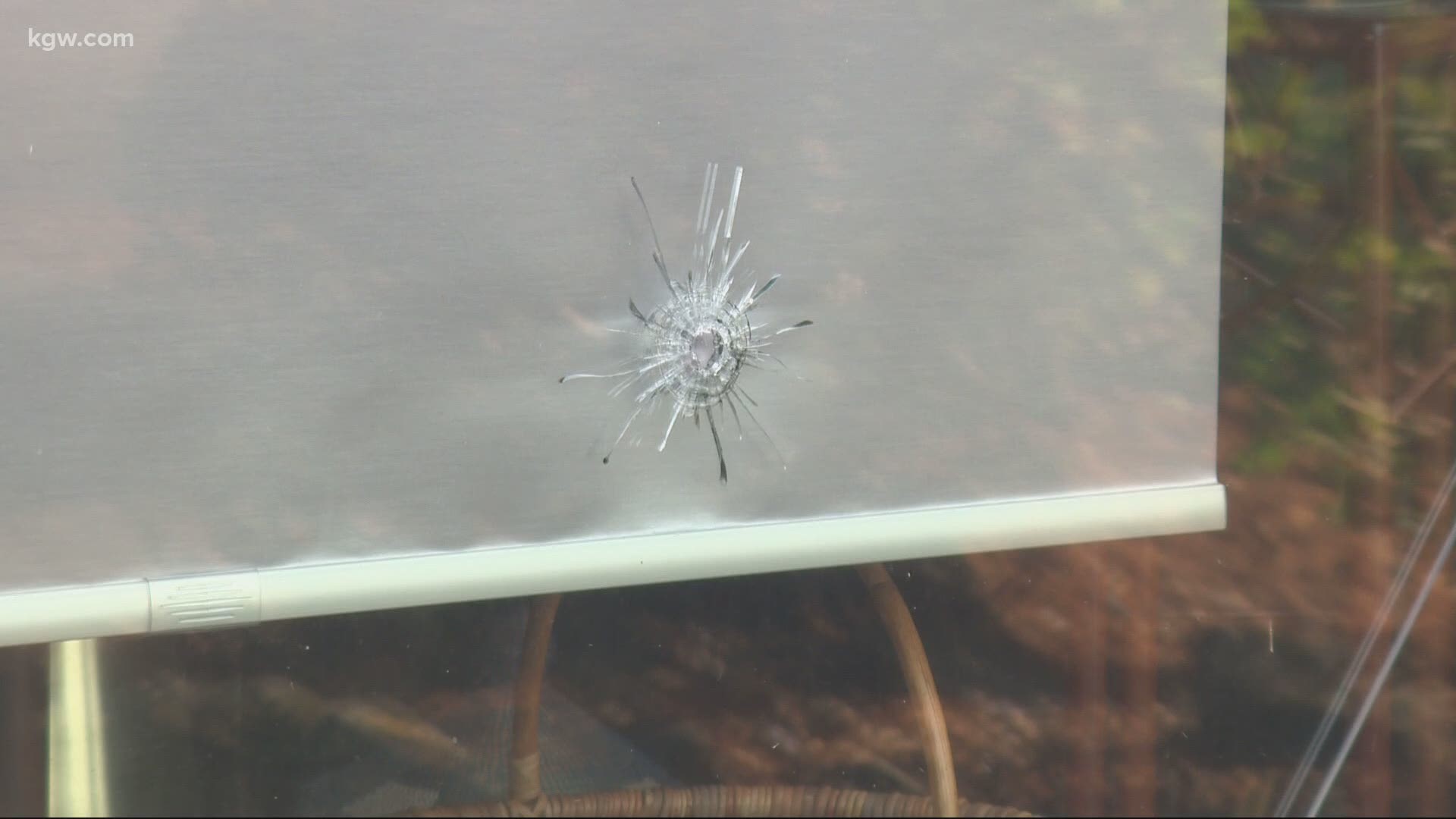 PORTLAND, Ore. — A family that counted at least 20 bullet holes in and around their home is frustrated that it took Portland police 17 hours to respond after they first called about the shooting.

Bullet holes riddle the outside and the inside of Leslee and Herman Barnes' home in Northeast Portland. Neighbors said they heard gun shots early Sunday, around 2 a.m. Fortunately, the family wasn't home at the time, but they said they counted at least 20 bullet holes in and around the house.

"I am a native Portlander," Leslee Barnes said. "Multi generations have been here. But I never thought I would experience anything like this."

Herman Barnes said his biggest question is why their house was chosen.

"We have neighbors on both sides and their homes are not shot," he said.

The Barnes said they don't know why they were targeted but they can only think of one reason.

"We are the only Black homeowners that I know of that are on the street," Herman Barnes said. "My neighbors to either side of me are Caucasian Americans. We're African-Americans and they chose to shoot up our house."

His wife echoed the same sentiment.

"I hate to jump to a conclusion but that's what I feel like because what else, I have no enemies that would be shooting up my home in the middle of the night," she said.

The couple said at least two of their neighbors called Portland police when they first hear shots but police didn't show up.

The Barnes called again around 11 a.m. when they returned home. They said police told them they were busy.

"I don't know what kind of busy, but you mean to tell me you can't send an officer by to take a report, take some photographs, collect some evidence?" Herman Barnes said. "How hard is that?"

Police eventually showed up at around 7 p.m. Sunday, roughly 17 hours after the first call.

"Someone could have been in there bleeding, dead or what else during that time," Leslee Barnes said. "No one checked. No police officer came out at all."

Shell casings, bullet casings and actual bullets were still on the scene long after the incident. The Barnes have lived in their Northeast Portland home for about two years but said they may not stay there for much longer. They said they don't feel safe.

Portland police haven't responded to questions from KGW about this incident. The Portland Police Bureau has said that the violent protests in downtown Portland have made them slow to respond to other crimes.