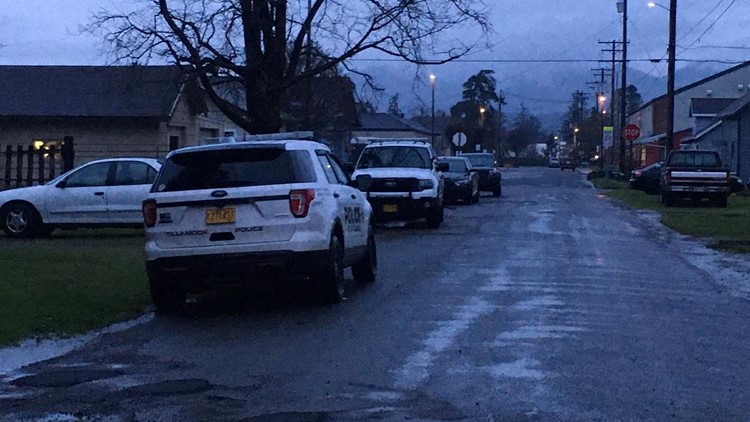 Photo by: Tillamook County Sheriff's Office
Scene of an alleged murder in Tillamook on Dec. 7, 2019

PORTLAND, Ore. — Authorities say a man was killed in a Tillamook home Saturday morning and the suspect was arrested after fleeing the scene.

Shortly after 5:30 a.m., Tillamook police responded to a report of an assault at a home in the 2600 block of 6th Street. Responding deputies found a man, 43-year-old Jeffery A. Carr Jr., was dead and learned the suspect ran away.

With the help of law enforcement officers from multiple agencies, the suspect was located near 8th Street and Stillwell Avenue. He was taken into custody.

The suspect, 35-year-old Michael Joseph Blaser Jr., was booked into the Tillamook County Jail on charges of second-degree murder and first-degree assault.

No additional details were released. The investigation is ongoing.

RELATED: 'You are a murderer': Judge berates mother who starved child to death