Mother, daughter robbed while walking from wedding in NE Portland

The mother and daughter were walking from the wedding to their Airbnb when a masked gunman demanded they hand over their backpack and purse. 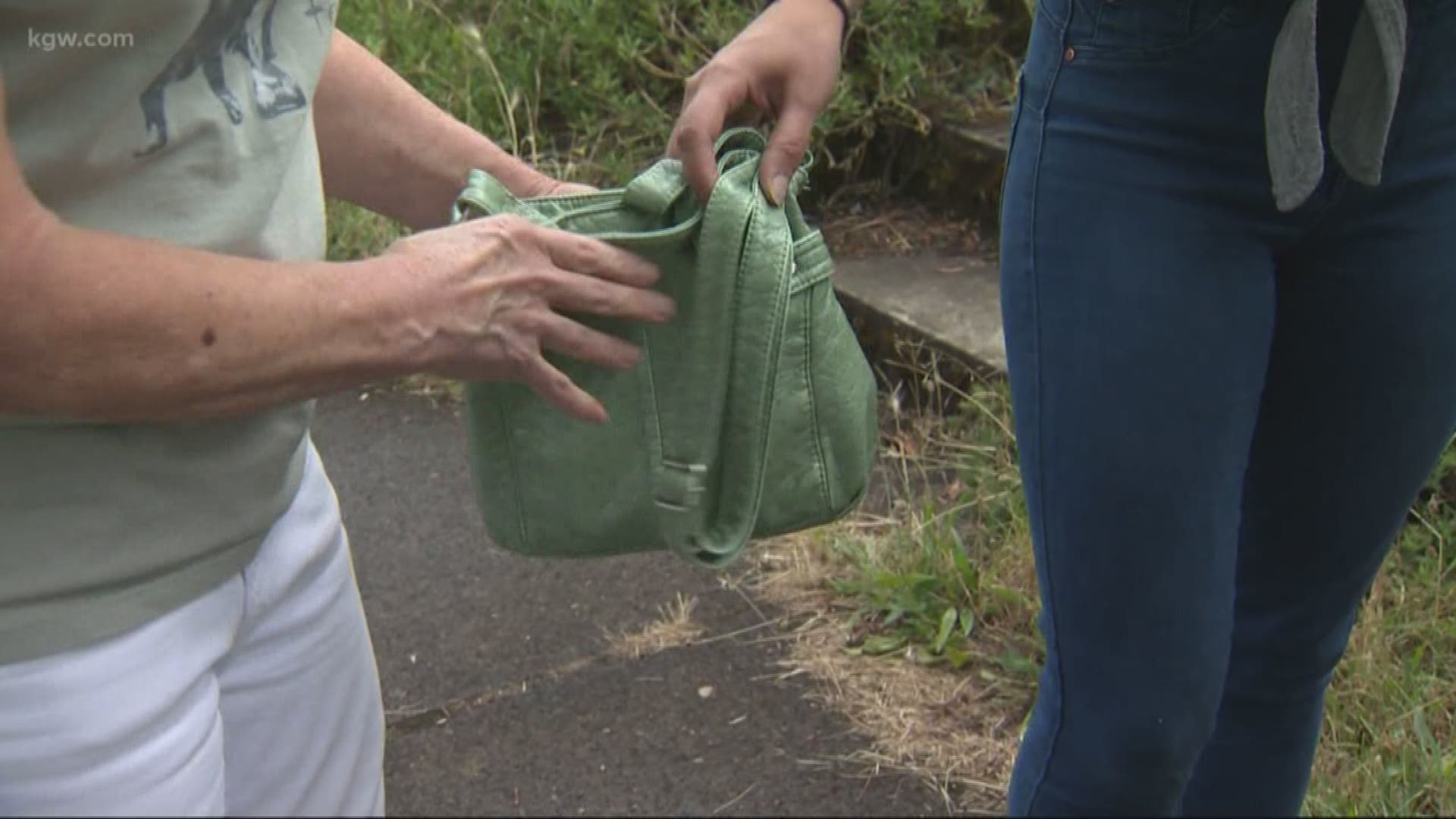 PORTLAND, Ore. — A mother and daughter are breathing a sigh of relief after a masked gunman robbed them in Northeast Portland.

Kaile and her mother, Dani, were visiting from Pennsylvania. They were in town for a wedding at Kennedy School Saturday night. During the walk back to their Airbnb, Kaile says she noticed something.

“I noticed a person parallel on the sidewalk next to us,” she said. “More so behind us.”

Kaile says the man crossed the street and approached her and her mom at Northeast 33rd Avenue and Webster Street.

“He had a beanie on and he pulled it down and had a ski mask,” she said. “About eight feet away from us he pulled out the gun.”

Kaile said the guy demanded her backpack. She handed it over. Dani did not give the man her purse as quickly.

“He just grabbed me and threw me to the ground and that’s when it really becomes real to you,” said Dani. “It didn’t feel real until that happened.”

Credit: KGW
Purse that was stolen from Dani

The women say the armed man took off. He emptied the purse and dumped it about 10 blocks away.  A homeowner found it and returned it to Dani. The backpack is still missing, but that is the least of everyone’s worries.

“I think if the gun wasn’t involved I would’ve fought a little bit and been more resistant,” said Kaile. “It was him and the two of us.”

Anyone with information about the case is urged to contact the Portland Police Bureau. Robbery detectives are investigating.

“It could be the safest place and something like this happens,” said Kaile.  “To me, it doesn’t change my opinion because I still like Portland.”

Credit: KGW
Kaile Jones (right) and her mother Dani were robbed at gunpoint in Northeast Portland