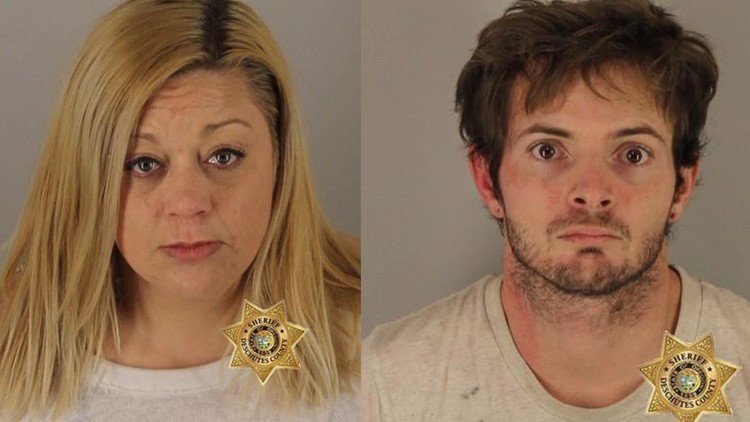 BEND, Ore. — A 15-year-old girl was rescued from a possible sex trafficking ring in Central Oregon.

Bend police officers stopped a stolen car at 1:20 a.m. on Christmas near the intersection of Southeast Murphy Road and Southeast Country Club Road. Inside the car were Jennifer Johnson, 40, Tyler Ford, 29, and a 15-year-old girl.

As police investigated, they found that the girl was missing out of Portland. Within the car, officers found heroin and methamphetamine and many stolen and forged documents. The pair were connected to some thefts in the Portland area.

Ford was in violation of a restraining order filed against him stating he was not supposed to contact the 15-year-old he was with.

The investigation also revealed that the girl may have been groomed to begin working in commercial sex work.

Johnson was charged with:

Ford was charged with: