The drug ring brought $15 million dollars’ worth of methamphetamine, heroin and cocaine to Portland from Mexico. 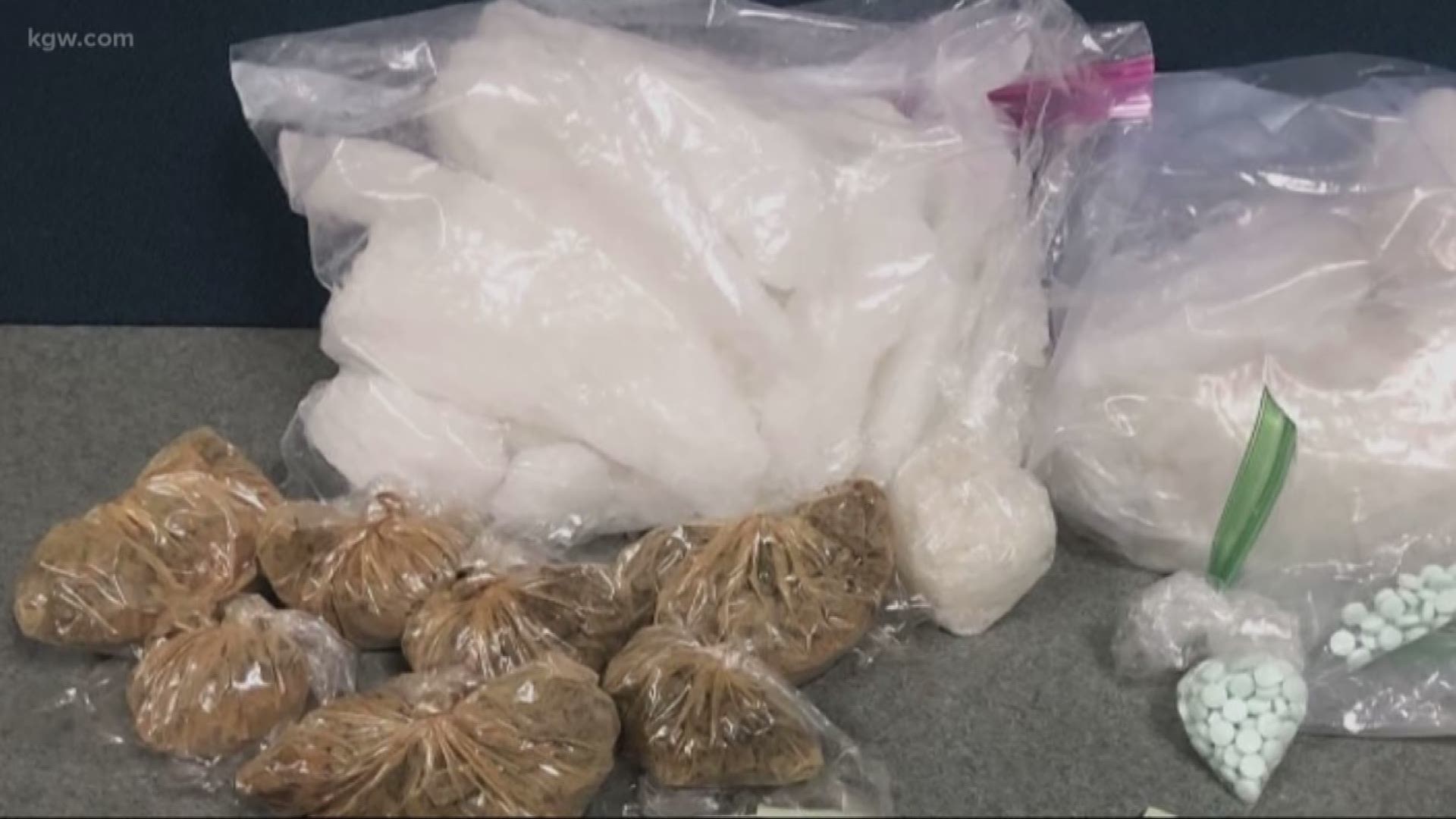 PORTLAND, Ore. — U.S. authorities said Wednesday they completed drug-trafficking busts in Oregon that involved an international network of couriers, dealers and stash-house operators who smuggled methamphetamine, heroin and cocaine worth about $15 million from Mexico to Portland.

Federal, state and local law enforcement conducted raids and arrested 20 people, U.S. Attorney Billy Williams said. Ten people were already in custody in the case, and 11, including the two suspected top leaders, remained at large after being indicted.

Mexican kingpins smuggled the drugs to two Oregon distributors, who then spread it to stash houses, dealers, couriers and money launderers, authorities said.

On Wednesday afternoon customers arrived at Tienda Mexicana Gonzalez Brothers in Southeast Portland to find it padlocked shut. The quick mart is closed because authorities say the owners were knowingly wiring drug money to Mexico.

Customers were baffled by the money laundering allegations. "They're friendly, nice people, they've always been nice to me", said customer Teresa Holmes. "It's a shock. I had no idea."

The operation “marks one of the largest takedowns of a drug trafficking organization in the history of the District of Oregon,” Williams said. “The very large quantities of drugs trafficked and the possession of firearms will subject many of these defendants to very long prison sentences - up to life.”

At one point, operatives in Portland were filling weekly orders from customers for more than 75 pounds (35 kilograms) of methamphetamine and 55 pounds (25 kilograms) of heroin, he said.

The organization would routinely change the location of stash houses, rotate vehicles and phones, and pay individual couriers to take time off if they were nearing detection by law enforcement, the prosecutor said.

The operation is also accused of shipping guns back to Mexico for use by associates.

Court documents allege the operation involved a sophisticated money laundering scheme that worked out of a Mexican mini-mart in a rundown strip mall next to a marijuana retail store.

Couriers brought drug proceeds there to be wired in small amounts back to Mexico, with the knowledge and consent of its owners, Williams said. In that way, more than $1 million was laundered from drug proceeds in one year alone, he said.

Federal authorities credited the police department in Gresham, Oregon with first bringing the drug ring to their attention. From there, the investigation expanded and lasted more than a year.