The Metro Safe Streets Task Force is comprised of a small group of deputized officers in the Portland Metro Area who will investigate shootings after they happen. 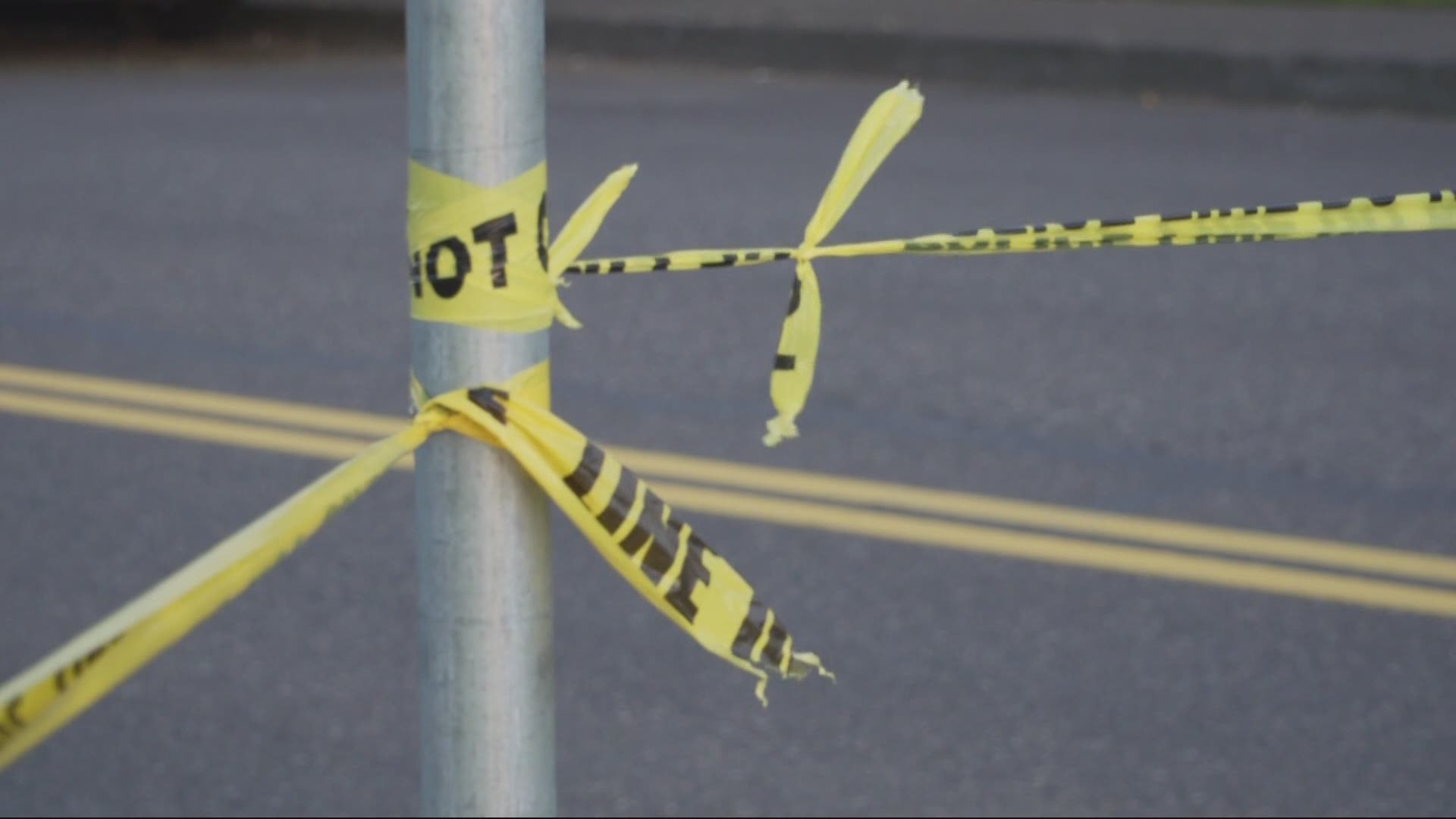 PORTLAND, Ore. — Amid a historic rise in shootings that’s overwhelmed the city’s police bureau, the FBI is stepping in to take the lead on gun violence investigations in and around Portland. They'll work with federally-deputized officers, deputies and supervisors from a number of local agencies, via a partnership called the Metro Safe Streets Task Force.

Local law enforcement agencies will be able to coordinate investigations across federal and state systems and will have access to needed resources like federal forensic testing and analysis, vehicles, police radios and computers. Agencies will also receive funding for overtime costs not currently funded by local agencies.

The task force will be specific to shooting investigations and will have no involvement in the enforcement of immigration law, nor will they participate in crowd management at protests or rallies, said Multnomah County District Attorney Mike Schmidt.

"This is a collaborative partnership to focus solely on investigations of gun violence," Schmidt said in an interview Tuesday, shortly after his office announced the task force, alongside acting U.S. Attorney for Oregon Erik Asphaug. "All of these cases are going to be referred up to us, and we might we'll collaborate with our U.S. Attorney partnership. We've always done that. That's nothing new."

In 2021, there have been more than 30 homicides, nearly half of which involved a firearm, in Multnomah County. There have been at least 284 non-suicide shootings in Portland since the start of the year.

The partnership promises to help a strapped police bureau. The spike in shootings comes amid months of protests and historic cuts in funding by the city.

Since July 1, 115 officers have left the bureau, exhausted by the job. That figure was first reported by the Oregonian/OregonLive.

Tuesday, at a press conference about protests, KGW asked PPB about having the feds step in on gun violence.

"When everybody is communicating, and it's streamlined, and we can put together the tightest case possible on the criminal side, the more effective outcomes we're going to have," said Lt. Tina Jones.

"Whether unintentionally because of lack of expertise, or intentionally by disputing the facts and statistics, City Council did not address the elephant in the room: that disbanding the Portland Police Bureau’s Gun Violence Reduction Team (GVRT) in July 2020 was and is the number one factor in the equation for the horrific rise in gun violence in our City," wrote Turner.

In an email to KGW Tuesday, a spokesperson for the FBI's Portland office noted "there are Safe Streets Task Forces all over the country. It's a somewhat long-running program."

That detail doesn't do much to Lionel Irving.

"I'm really worried because it takes away from my credibility," he said in an interview Tuesday.

Irving served 15 years in prison for manslaughter before his release in 2017. He now works to help pull, primarily, young Black men out of the cycle of violence. His organization, Love Is Stronger, Inc., is exactly the kind of group Portland city commissioners last month voted to devote millions of dollars to to help curb shootings.

Now, Irving is afraid the impacts of that historic vote will be nullified by the word that the feds are leading local investigations. Fear of federal charges makes people clam up and turn away from help, he said.

"The prison system is already filled up with young, Black men, especially the federal system." Irving said. "And I'm just really worried about the ramifications of the ripple effect of this for the kids who aren't shooters, because it's only a few shooters. A lot of kids now got guns because they're scared."

In a press release, local law agencies said the formation of the Metro Safe Streets Task Force doesn't preclude the need for community and law enforcement programs dedicated to stopping gun violence before it happens.

"Today's announcement does not seek to preempt or replace any existing or proposed prevention-based gun violence reduction efforts."

The task force is in effect now, Schmidt said.

Officers and deputies from those local agencies, a couple dozen total, are expected to be federally deputized this week.