Chris Parker, a MAX train operator, told KGW he was driving a train on the Green Line and pulled up to the Clackamas Town Center stop when he saw the altercation. 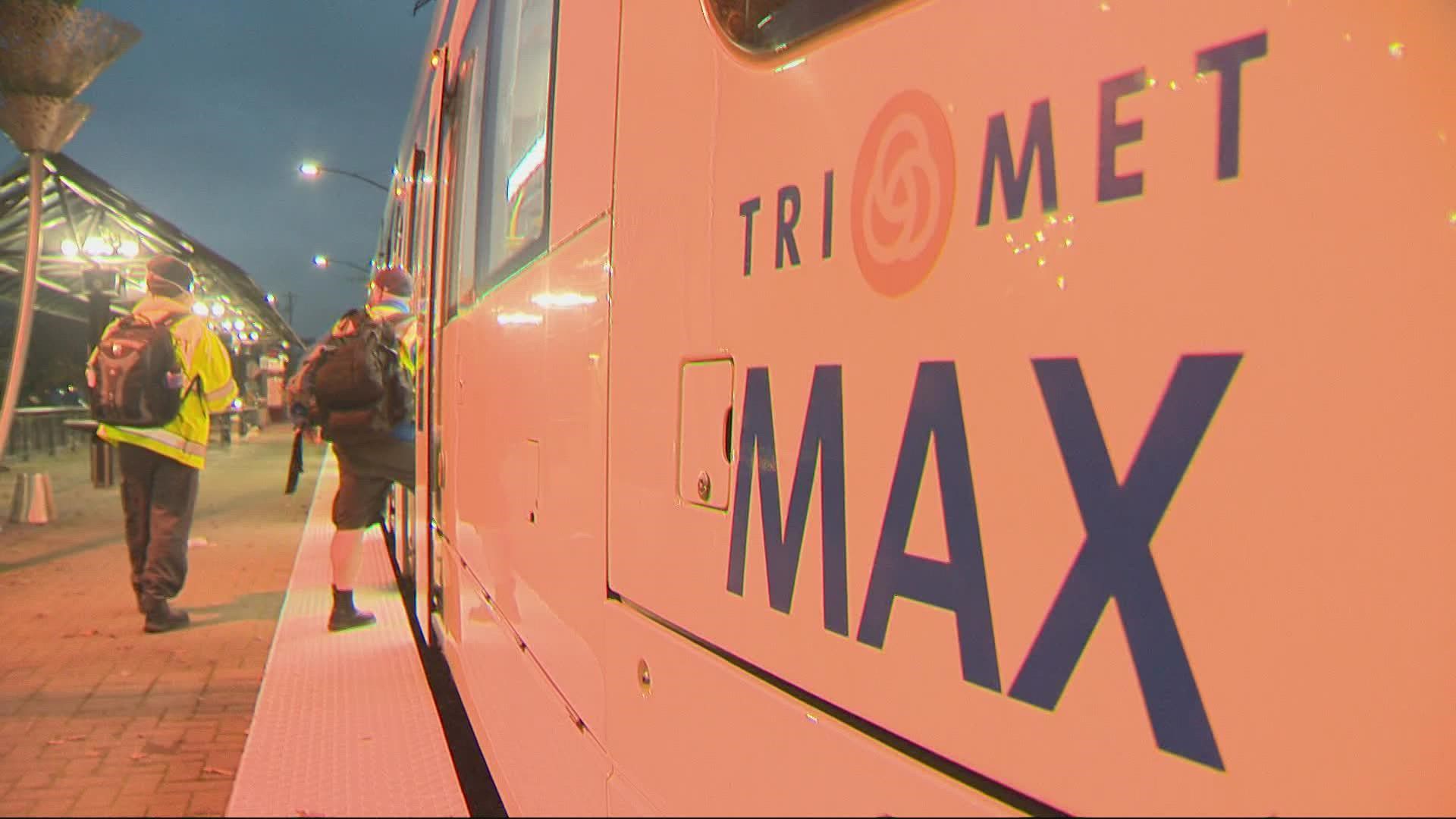 CLACKAMAS COUNTY, Ore. — Deputies arrested a man accused of trying to stab two other men with scissors on a TriMet MAX train platform in Clackamas on Friday night. A MAX train operator helped restrain the suspect until deputies arrived and took him into custody.

On Nov. 19 around 6:45 p.m., Clackamas County Sheriff's deputies responded to a report of a disturbance at the TriMet MAX platform on Southeast Sunnyside Road near Clackamas Town Center.

Chris Parker, a MAX train operator, told KGW he was driving a train on the Green Line and pulled up to the Clackamas Town Center stop.

"I had noticed that the [man] was in an altercation with two other passengers," he said.

Parker notified other operators about the altercation over a radio. He said he saw the suspect swing what turned out to be a pair of scissors at the other passengers. He tried to keep other people away from the suspect on the platform. Parker said the suspect pinned one of the victims to the ground and had the pair of scissors in his hand. Parker used a flashlight to hit the suspect's hand and knock the scissors away.

"We're here to make people feel safe. We don't have weapons at our disposal. The only thing I had was my flashlight," Parker said.

One of the victims struggled to hold the suspect down. Parker said he grabbed a 10-foot phone cord from his bag and used it to help restrain the suspect.

"Tied his feet together so I could keep him under control and I sat on his feet until the police came," Parker said.

Parker said the two victims played a key role in restraining the suspect.

"You just got to let people know you're there for them. They were strong individuals for continuing to try to detain [the suspect] until other people could get involved," he said.

TriMet released the following statement to KGW: "We are aware of an incident that occurred at the Clackamas Town Center Transit Center platform and that other riders and operators intervened. We appreciate their quick response and are grateful that no one was seriously injured."

Witnesses told Clackamas County Sheriff's Office deputies that the suspect, later identified as 44-year-old Joseph Haddenham, confronted two men before he tried to stab them with the scissors. Both men were cut and were checked by a medic, but declined any further treatment.

According to the sheriff's office, Haddenham made statements during an interview that led deputies to believe that he was "motivated by his perception of the victim's race."

The sheriff's office said Haddenham was treated at a hospital for injuries, but did not give any details about the extent of his injuries.

Haddenham was taken to the Clackamas County Jail and he is facing multiple charges, including two counts of unlawful use of a weapon, two counts of assault in the second degree and two counts of bias crime in the first degree. His bail was set at $548,000.