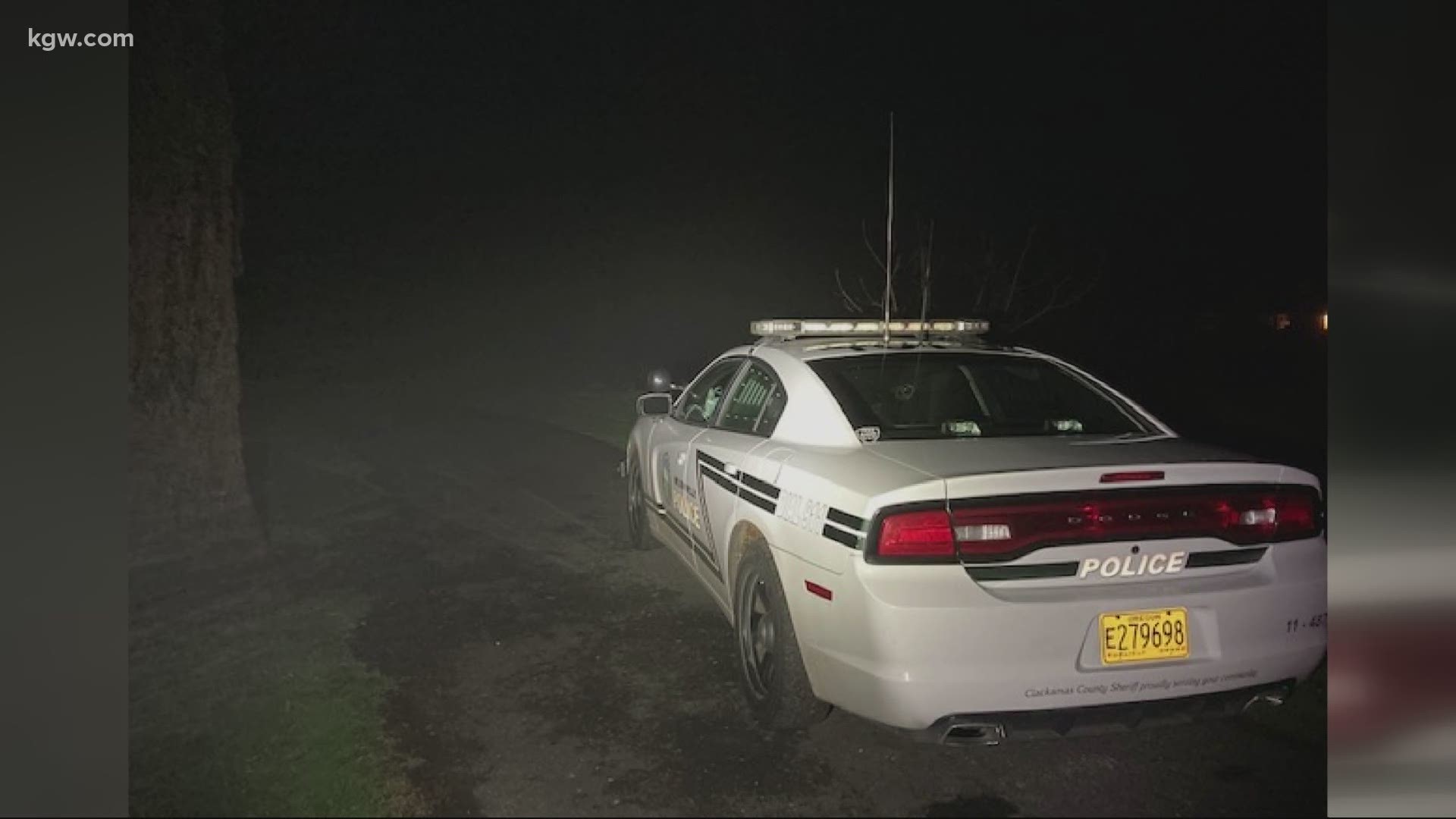 WILSONVILLE, Ore. — A man was shot and killed by police just outside the city of Wilsonville during a domestic dispute.

According to the Clackamas County Sheriff's Office (CCSO), just after 8 p.m. on Friday, Nov. 27, deputies responded to a home on Southeast Wilsonville Road near Southeast Edminston Road for a 911 call from a woman who said her husband was armed and threatened to kill her and himself.

A Tualatin police officer and deputies contracted to Wilsonville police were also on scene. Four deputies, two CCSO sergeants and a police officer were all present at the scene.

According to a CCSO press release, the armed man confronted law enforcement and did not comply with the verbal commands given for him to surrender. The press release does not give the details of what happened that led to the shooting. "During the ensuing interactions, police shot him. He died shortly after, while police were attempting lifesaving efforts," the release stated.

The four deputies, two CCSO sergeants and the police officer are all on paid administrative leave.

The names of the husband and law enforcement involved have not been released at this time.