PORTLAND, Ore.-- A 36-year-old Lake Oswego woman was shot and killed inside a Northeast Portland office building on Saturday night. 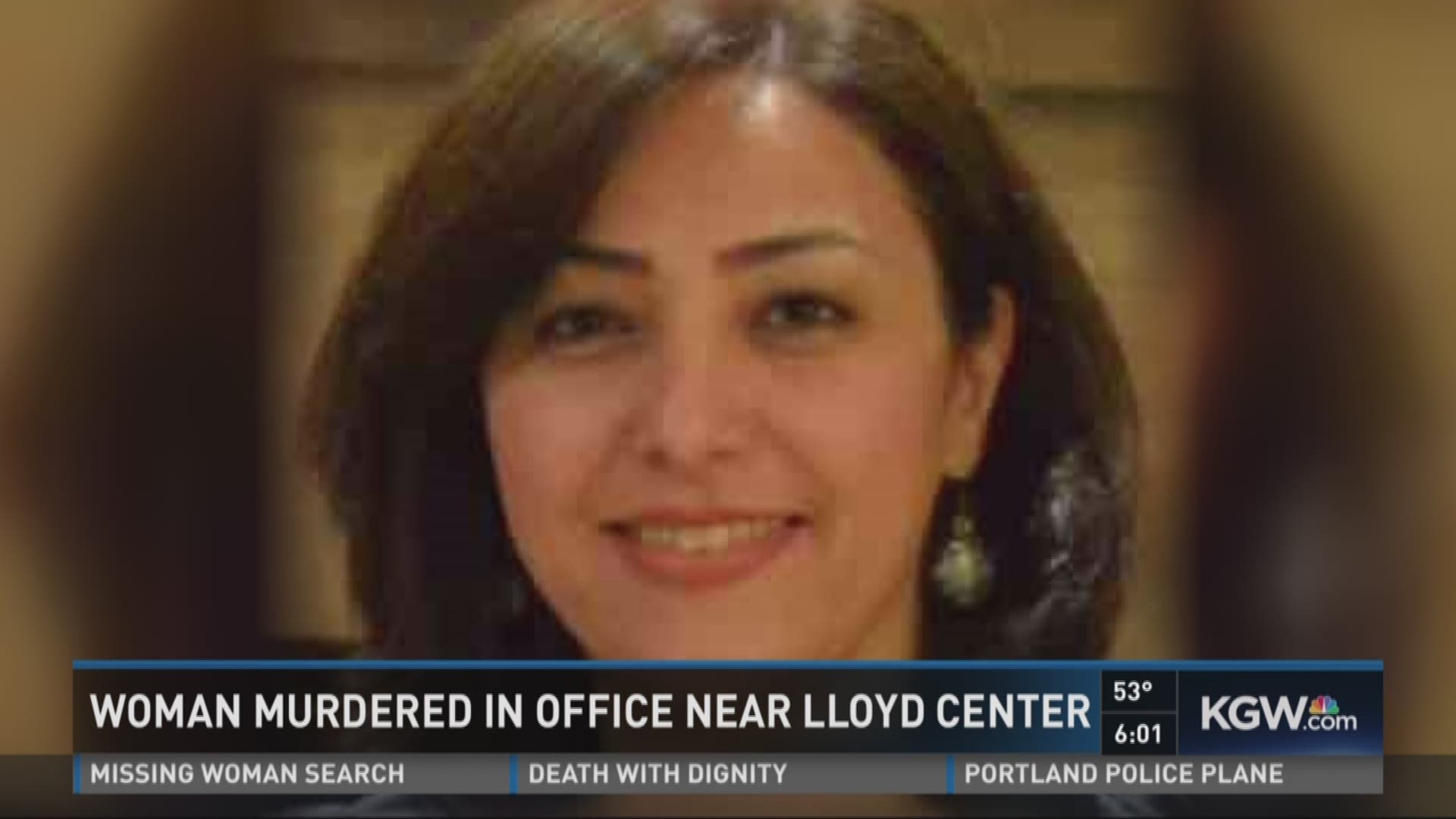 PORTLAND, Ore.-- A 36-year-old Lake Oswego woman was shot and killed inside a Northeast Portland office building on Saturday night.

Portland police say the same gun was used in the woman's shooting death and the suicide of a man found dead in his car about one mile away.

The victim, Mitra Mehrabadi, died of multiple gunshot wounds, according to the Oregon State Medical Examiner.

Mehrabadi was found at the Liberty Centre office building at 650 Northeast Holladay Street, at about 7:40 p.m. on Saturday.

Earlier that day, officers responded to a report of a suspicious person with a gun sitting in a black sedan at the Lloyd Corporate Plaza in the 800 block of Northeast 19th Avenue.

When officers arrived, they heard a gunshot from inside the car, a black 2005 Mercury Montego sedan. The driver inside the car, who died from a self-inflicted gunshot wound, was identified as 51-year-old Jimmy Alan Morgan of Gresham.

Detectives believe Morgan killed Mehrabadi in the office and then killed himself after leaving the scene.

Police say Morgan and Mehrabadi knew each other and worked together at Liberty Mutual Insurance in the Liberty Center.

Nancy Jones lives next to the Mehrabadi family. She was stunned to hear of Mitra's death.

"She just seemed like such a lovely person, and when they told me what happened, I couldn't even believe it, because it's such a sweet family," Jones said.

Jones says she would often see Mehrabadi and a young daughter, outside.

"It's really dreadful. Dreadful it happened. She seemed so sweet, always smiling, and happy out there with her child. So it’s the child now we have to worry about," she said.

As police continue to investigate Mehrabadi's death, friends are reeling.

“Its very, very sad. Very tragic. Such a good person. Such a great family,” said Jamie Hryciuk through tears as she and her daughters dropped off flowers at the family's home.

Hryciuk knew Mehrabadi as a friendly mom from school. Their daughters were planning a sleep over this weekend.

“They moved here a few years ago from Iran to have a better, safer life for themselves and their daughter,” she said.

Our heartfelt thoughts go out to the families and friends of those deceased and to our employees who worked closely with them in our Portland, Oregon office.

In the wake of this tragic event we have decided to close the Portland office today. We will have on-site employee assistance resources in Portland tomorrow and have established an 800# available 24 hours a day, seven days a week for any employee who may wish to receive support.

Since there is an ongoing investigation by the Portland Police Department we don’t have more information to share at this time.