Deputies report the suspect told them “he confronted the group because, in his opinion, they should be working to recall Trump and not Gov. Brown.” 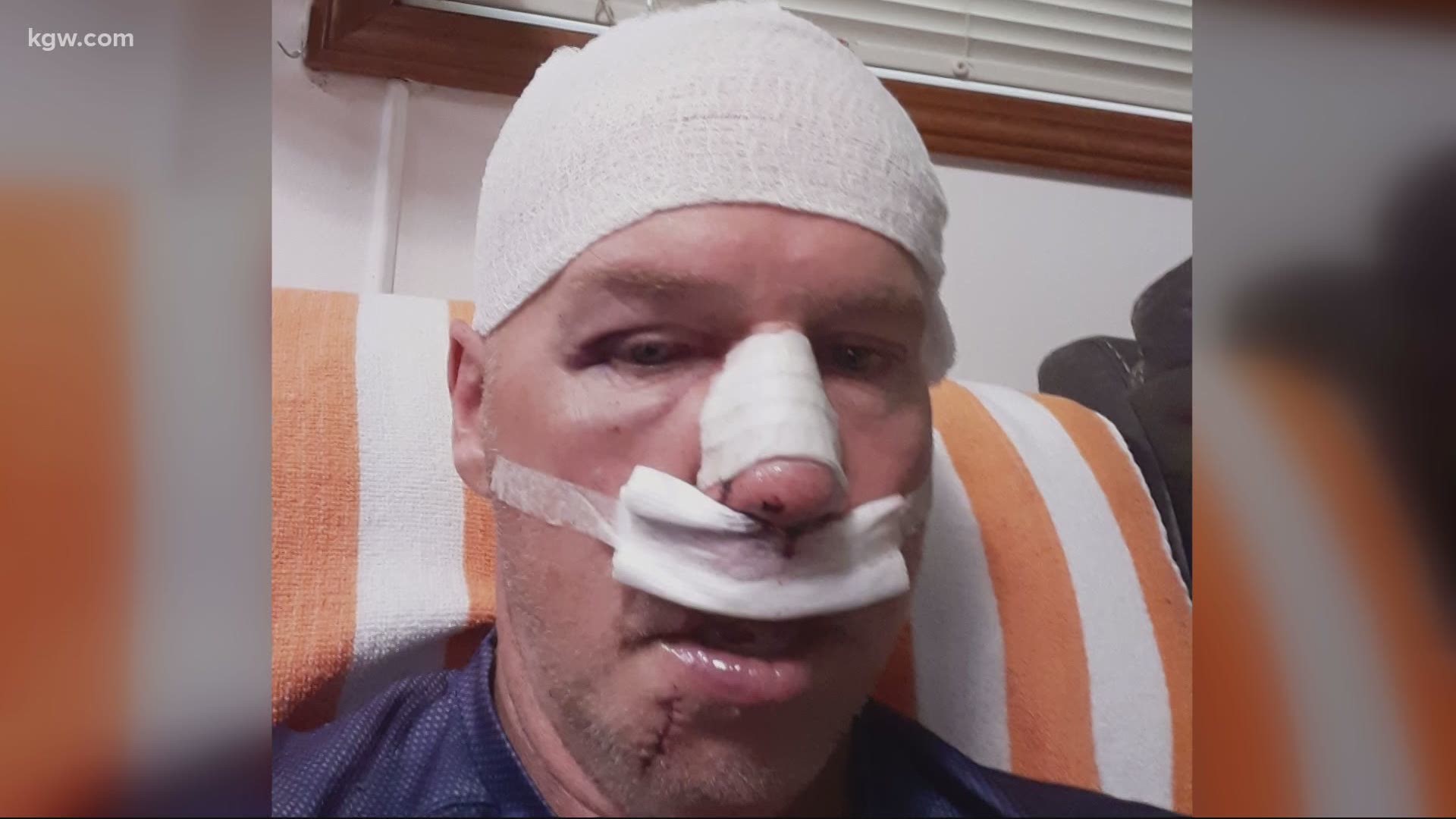 Harlan Wright says he has a broken nose and need seven stitches in his chin as well as seven more in the back of his head after the assault.

The rally was on Highway 212 near Southeast 152nd Avenue in Happy Valley. According to Stop the Abuse-Recall Kate Brown website, this was a “Sign in Person” location and people were collecting signatures there all weekend for a recall.

A witness told deputies that a man walked up to them and was verbally confrontational to Wright, officials said.

When the suspect directed his attention to the female witness, Wright stepped in and told the man to stop. Deputies said the suspect then began to "push and punch" the man until he fell to the ground.

"I yelled at him, ‘Hey, leave her alone’ and his attention turned from her to me," Harlan said. "And I was kind of caught off guard, but it is what it is and I’d do it again.”

The suspect walked away, but deputies caught up to him. Joshua John Thompson, 39, of Damascus, was arrested for Assault III and Disorderly Conduct II.

According to a police news release, Thompson told deputies “he confronted the group because, in his opinion, they should be working to recall Trump and not Gov. Brown.”

Wright says he was at the rally because he is angry at the lack of state leadership concerning protests that have turned violent and destructive in downtown Portland. While he says he understands the need for police reform, he condemns the violence on city streets and wants Governor Brown to do the same.

WATCH: Alt-right activists clash with crowd at demonstrations in Portland