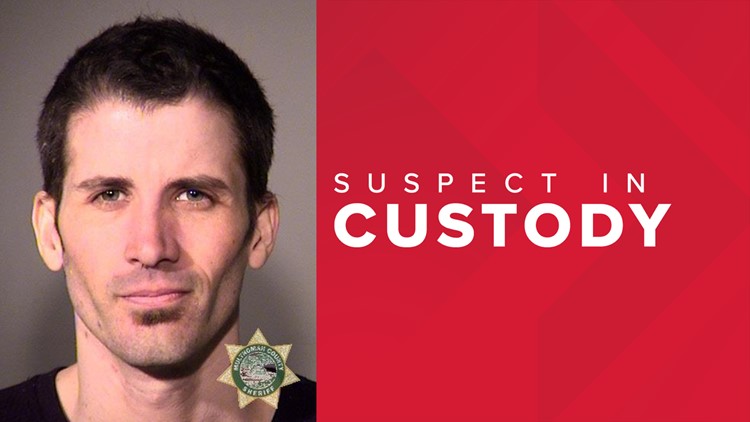 PORTLAND, Ore. — A man has been arrested for allegedly throwing large rocks at Portland police cars.

Portland police said an officer was inside of one of the cars. The suspect ran away after damaging two vehicles Saturday.

Police said an officer chased the man and arrested him on three counts of criminal mischief, one count of interfering with a police officer and one count of attempt to elude on foot.

The suspect is identified as 27-year-old Nathan Prime. According to online records, he was released from the Multnomah County Detention Center on Sunday. He couldn't immediately be reached for comment.

The damage two Portland police cars sustained after large rocks were thrown at them on Saturday, Oct. 12, 2019, in Portland, Ore.
Portland Police Bureau

Crime Stoppers of Oregon offers cash rewards for information, reported to Crime Stoppers, that leads to an arrest in any unsolved felony crime and tipsters can remain anonymous.

Information about this case or any unsolved felony crime may be eligible for a cash reward of up to $2,500.

Information learned from social media sites such as Facebook, Twitter or YouTube should be shared as these tips may lead to the identification of a suspect or suspects. Links can be shared anonymously through Crime Stoppers.