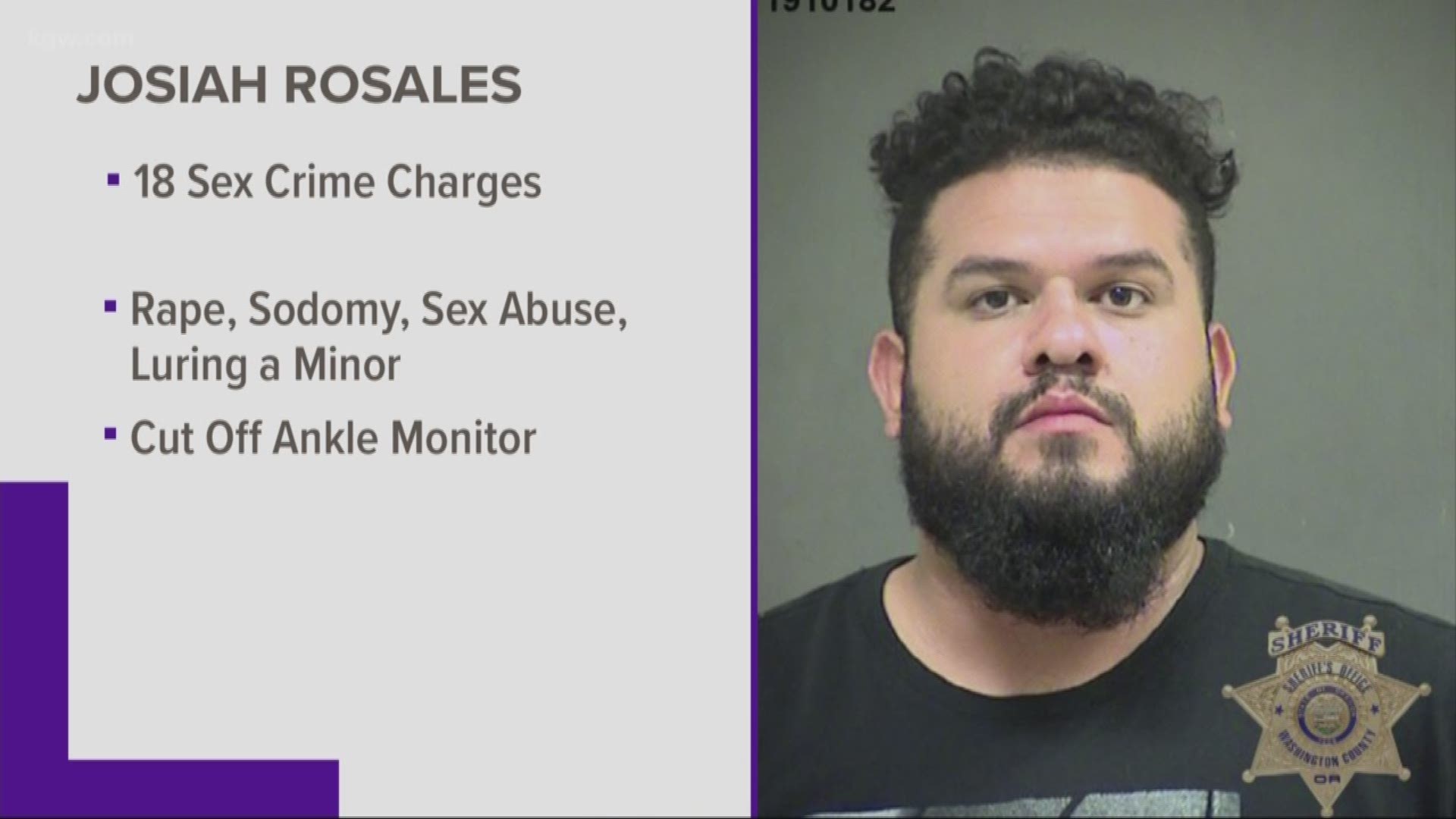 ALOHA, Ore. — A man facing Measure 11 sex crimes has cut off his ankle monitor and is on the run, the Washington County Sheriff’s Office said Tuesday.

Josiah Rosales, 29, was last seen on foot in the 17800 block of Southwest Breckenridge Lane in Aloha.

Rosales was arrested in July on charges of rape, sodomy, sexual abuse, luring a minor, and encouraging child sex abuse.

According to the Washington County District Attorney's Office, the state argued against releasing Rosales at a hearing, citing concerns that he could be a flight risk.

Detectives, deputies and a canine unit have searched for Rosales but so far have not located him.

"As of right now we don't have any information that Mr. Rosales is armed but he's facing some serious charges and with that being said we don't know what extent he'll take to avoid capture," said Sgt. Danny DiPietro, Washington Co. Sheriff's Office.

Anyone who sees Rosales is asked not to approach him but to immediately call 911.