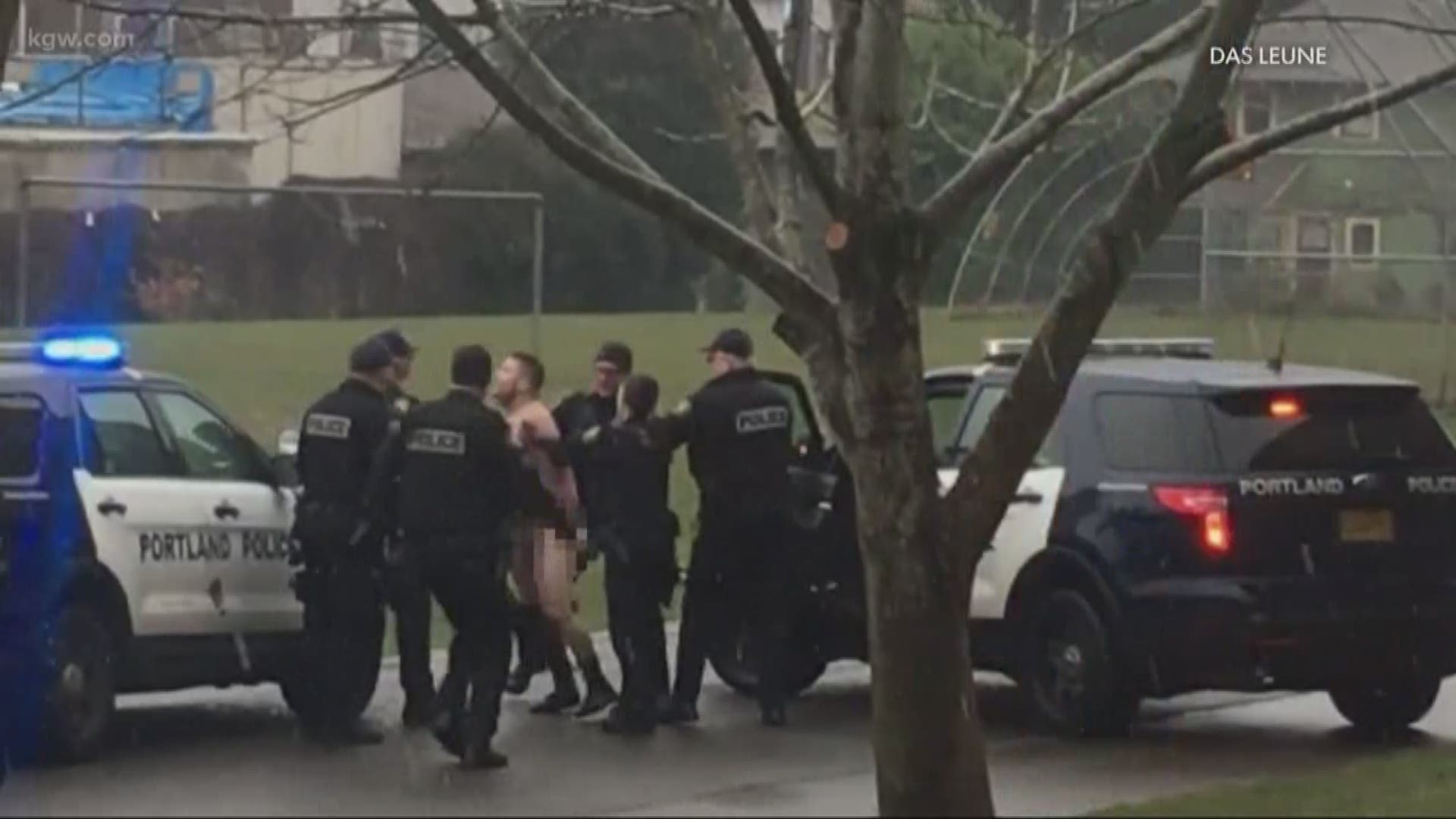 PORTLAND, Ore. — Police say a man who stabbed a Portland officer during a nude attack earlier this week was also illegally in possession of several guns.

After his arrest, Portland police received a tip that Messare possessed firearms and was in a violation of a restraining order.

On Thursday, police executed a search warrant of Messare's home in the 2900 block of Southeast Division Street. Officers seized an AR-15, a shotgun, a semi-automatic handgun, and a .38 revolver along with ammunition and tactical gear, police said.

The older charges stem from Wednesday's incident, when police received reports that Messare appeared agitated, was yelling, appeared to be armed with a hatchet, and was taking his clothes off. Messare was near Hosford Middle School in the 2300 block of Southeast 28th Place. The school was put into lockdown as a precaution.

Responding officers directed Messare to get rid of the hatchet and a visible knife, which he did, police said. Messare then charged at the officers, stabbing one of them in the hand with a smaller knife that was concealed, police said.

The officer’s injury was non-life-threatening.

Police said Messare appeared to be under the influence of an unknown substance. He was not injured but he was taken to a hospital due to his apparent intoxication before being booked into jail.

Police seized two knives, a hatchet and a multi-tool.