Lynn Benton gets life without parole for murdering wife

OREGON CITY, Ore. – A judge on Tuesday sentenced found former Gladstone police sergeant Lynn Benton to life in prison without a chance of parole.  A jury had previously found him guilty of murdering his wife by conspiring with two others in a murder plot. 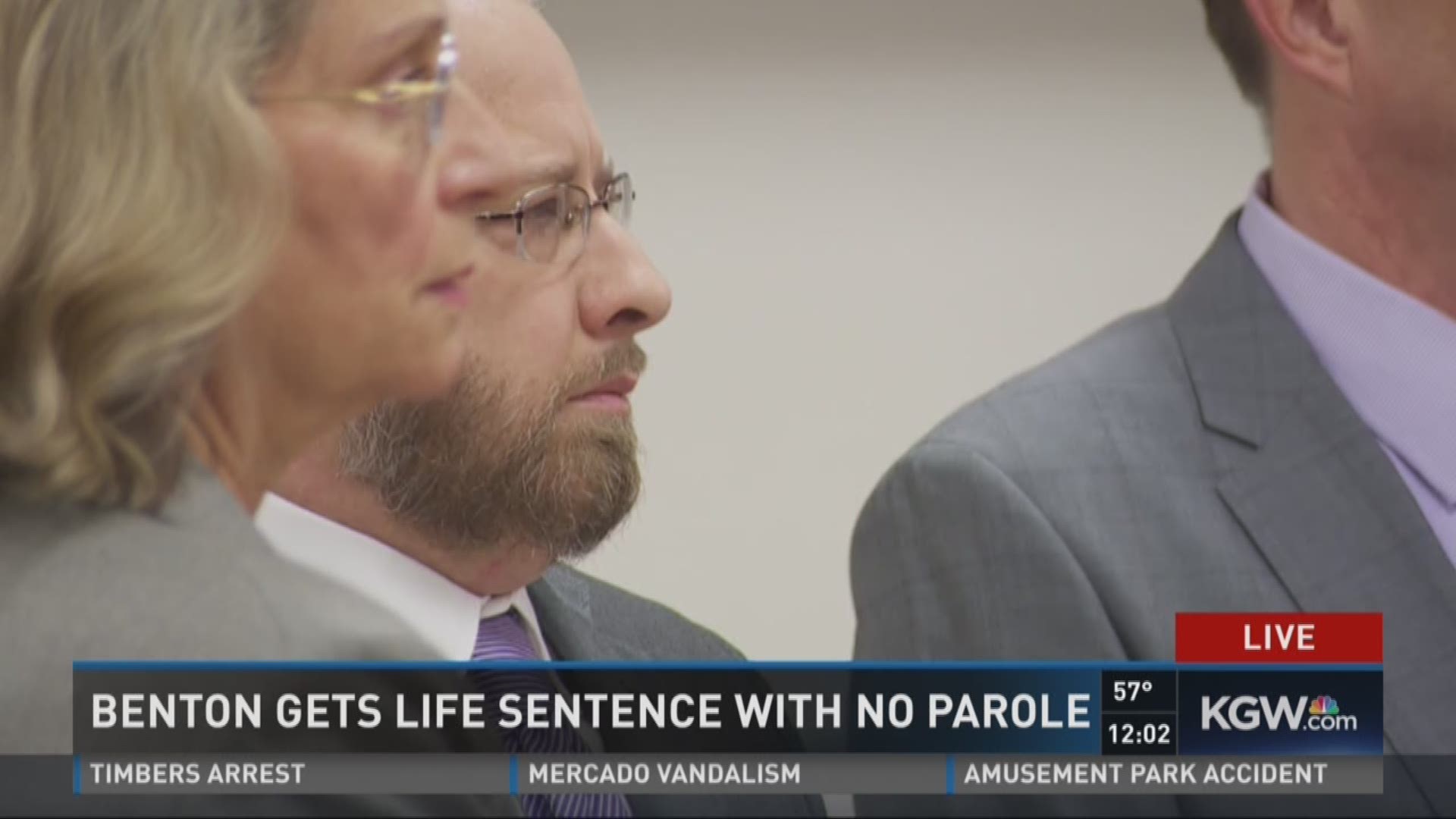 OREGON CITY, Ore. – A judge on Tuesday sentenced found former Gladstone police sergeant Lynn Benton to life in prison without a chance of parole. A jury had previously found him guilty of murdering his wife by conspiring with two others in a murder plot.

The life with no parole sentence was part of a sentencing agreement that the victim's family favored.

“We would rather her sit in jail and think about what she did all the time and I don’t think my sister Debbie knowing her she would want anybody put to death a human, animal anything, it’s exactly what we wanted,” said Debbie’s brother Tony Stephens, who referred to Benton in female terms.

And in remembering his sister, Stephens said, "Her big heart, her big giant laughter, she would do anything for anybody."

The City of Gladstone released the following statement after the verdict was announced:

In the Lynn Edward Benton case, the City of Gladstone recognizes the work of the jury and thanks them for their service. The jury heard a tremendous amount of evidence for a tragic situation and made a very difficult decision.

A few things remain true for the City of Gladstone and the Gladstone Police Department:

Our condolences and deepest sympathies go out to the family of Debbie Higbee and all those affected by this tragedy. Debbie was a beloved member of our community and missed by those who knew her. There are no winners in this case and these lives are forever altered.

We will continue to make the safety and well-being of the community of Gladstone our top priority. We are grateful for the support we've received and look forward to continuing the good work of building a strong community that our residents are proud to be part of.

Prosecutors said Benton conspired with his friend Susan Campbell and her son, Jason Jaynes, to commit the murder.

Campbell was to plead guilty to attempted aggravated murder in the murder-for-hire plot and agree to testify against Benton as part of a plea deal, but the state canceled it. Instead, prosecutors relied on the testimony from a plea deal with a career criminal facing a robbery charge, who said Lynn Benton admitted to having his wife killed.

"The decision to kill Debbie Higbee had been made long ago, the decision was Lynn Benton’s alone, she wanted Debbie Higbee dead," said Clackamas County prosecutor John Wentworth in his opening statement.

But Benton's defense team said the state's case was weak.

“Mr. Wentworth talked about evidence. I’m going to talk about reliable, trustworthy evidence, because they don’t have it. You won’t hear that in this case,” said defense attorney Patrick Sweeney at the beginning of the trial.

Benton was born a woman, but was undergoing a gender transformation in 2011, the year the murder occurred. The trial is expected to go for a prolonged period of time, with dozens of witnesses.