Officers said they could smell an “obvious” odor of intoxicants coming from the driver. 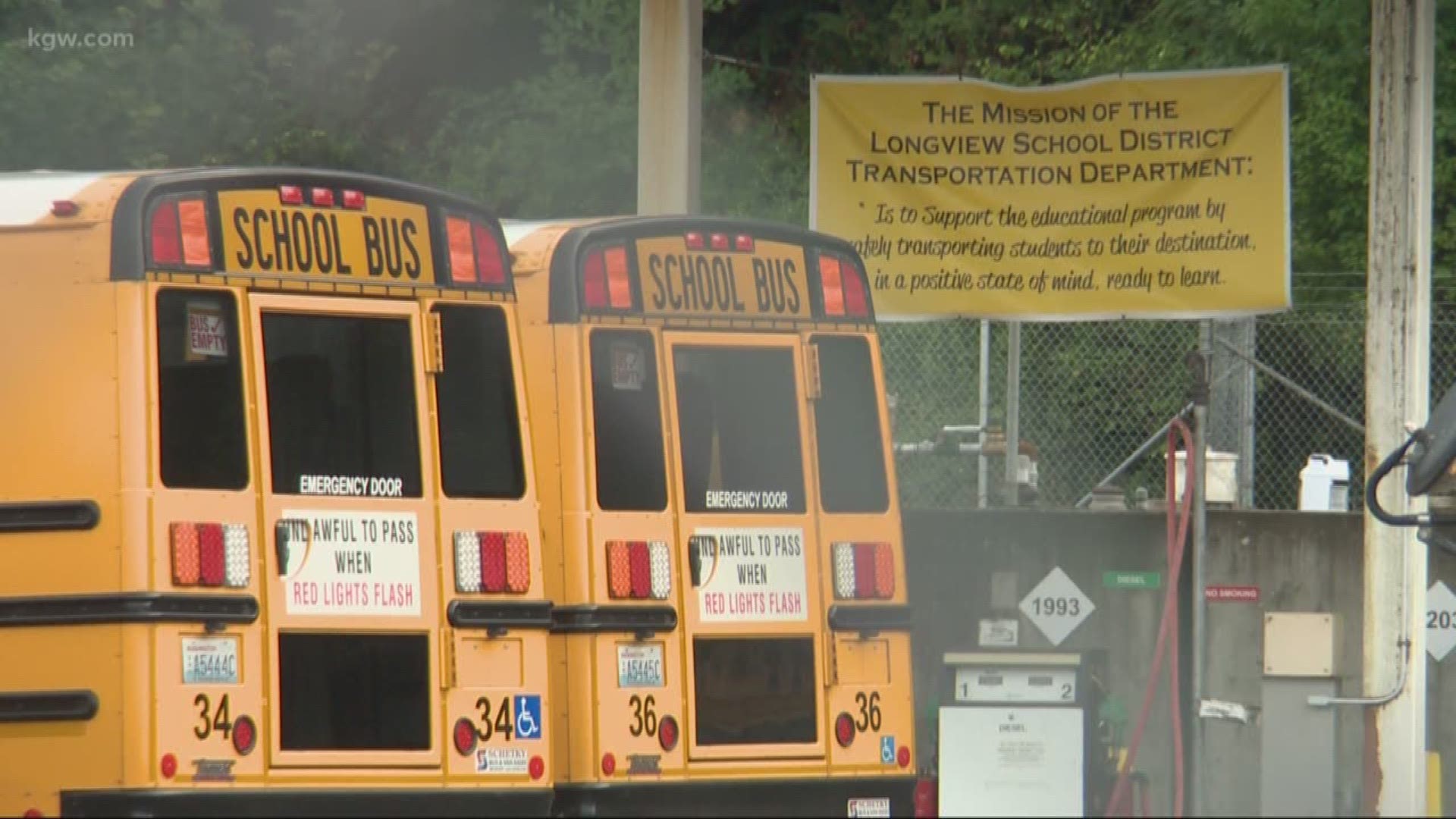 LONGVIEW, Wash. — Update: Longview Public Schools has accepted the resignation of a bus driver who was arrested for driving under the influence during her shift. After investigating the incident the district has implemented a new process for screening drivers.

According to Longview police, someone called 911 around 4 p.m. Thursday, Sept. 12 to report a school bus driver who appeared to be intoxicated. Emergency dispatchers coordinated with the school district to get the driver to stop for police in the 2900 block of Nichols Boulevard.

"It hits me pretty hard," said Ron Heath, "It puts my kid's life in danger."

Officers said they could smell an “obvious” odor of intoxicants coming from the driver, Maccarone. They arrested Maccarone and brought her to the Cowlitz County Jail.

There were no children on the bus during the arrest, but Maccarone had already completed two routes during the afternoon, police said.

The route may have had more than 90 students on the bus with Maccarone. She has been put on leave.

"This incident we take very seriously and our number one priority is safety and security for our kids," said Rick Parrish, spokesperson for the Longview School district.

Investigators are working to identify all the passengers who were on the bus.