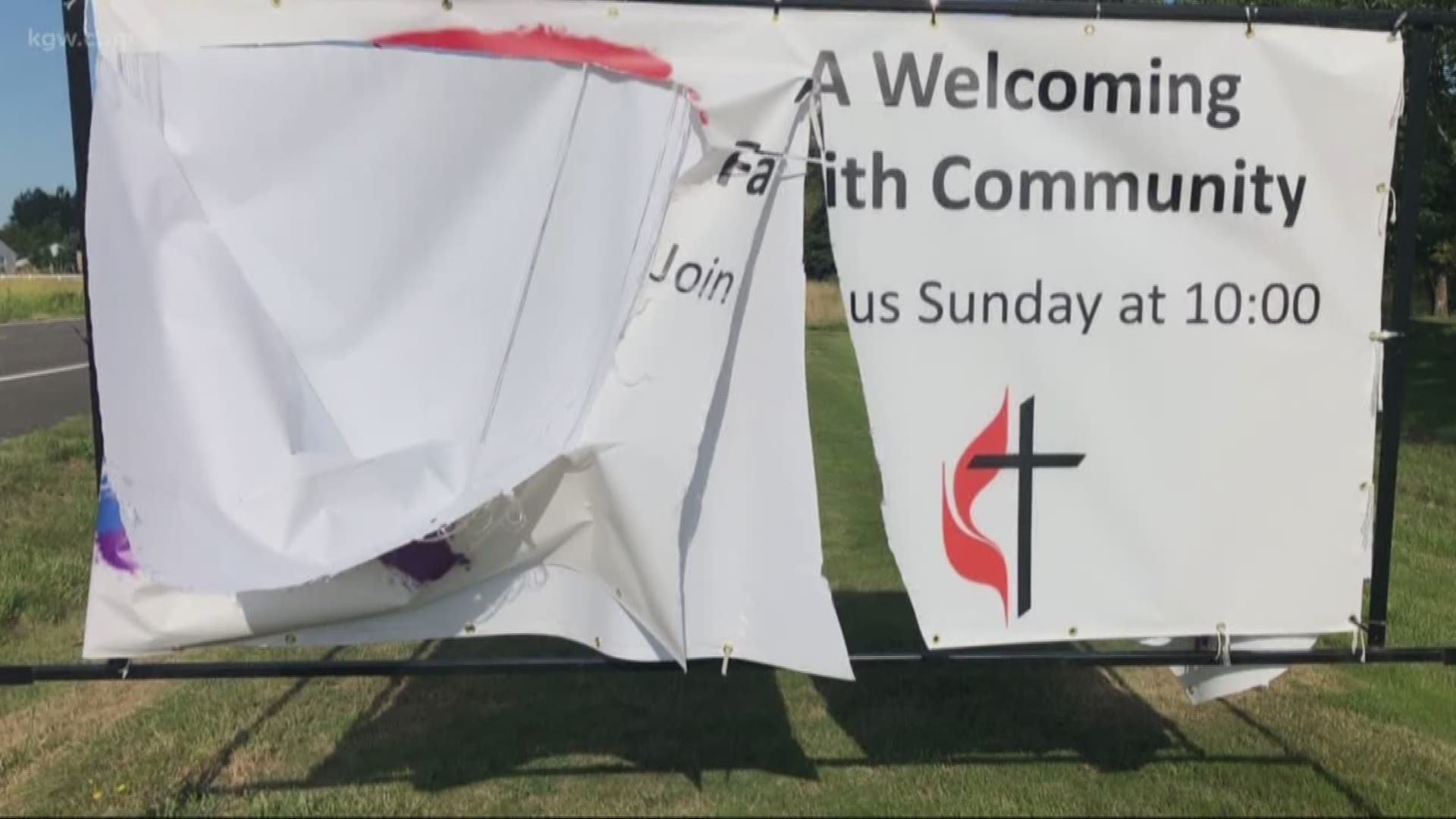 BATTLE GROUND, Wash. — A church community in Battle Ground is feeling targeted after a rash of vandalism.

Rev. Susan Boegli has been the pastor at Battle Ground Community United Methodist Church for three years. To say she loves it would be an understatement.

"I've never served such a wonderful church," she said. "This is an amazing faith community."

The community welcomes everybody, including those who identify as LGBTQ.

"We accept you and celebrate you and affirm you," Boegli said.

A banner outside the church on Northeast 199th Street shows just how inclusive the church is, but it has been targeted by vandals. The first time was a few months ago. Somebody cut the banner and tore it down. A few weeks ago the replacement banner was stolen. This past weekend the banner was cut again.

Credit: KGW
This sign at a church in Battle Ground, Washington has been targeted by vandals multiples times in the past few months.

Boegli has either repaired or replaced the banner each time it has been damaged or stolen. Nobody appreciates that more than Kristin Wade. Her teen son is part of the LGBTQ community the church goes out of its way to support.

"That is Christianity and love completely acted out," Wade said.

Both the congregation and Boegli are hoping the vandalism stops. They are also inviting those responsible to an upcoming service.

"We're all God’s children and we’re all beloved," she said.

Boegli feels inspired by the two strangers who have offered to pay for replacement banners and a surveillance system.

Anyone with information about the vandalism is urged to contact the Battle Ground Police Department.