The suspect left with more than $35,000 of merchandise. But thanks to vigilante work, Phillip Champoux was able to lead authorities to the suspect's home. 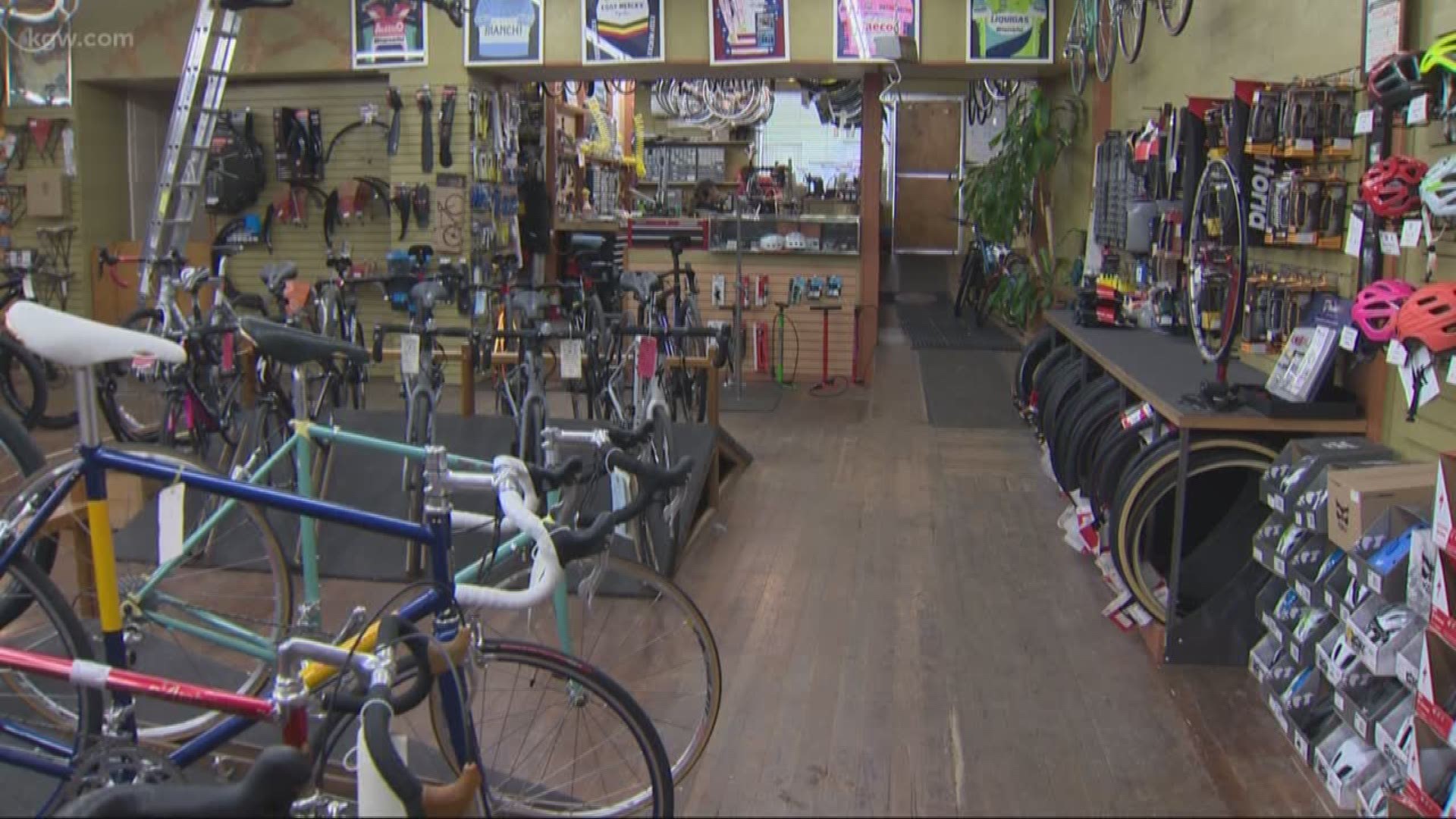 LAKE OSWEGO, Ore. -- A Lake Oswego bicycle shop is in the process of recovering stolen merchandise just weeks after it was burglarized.

Champoux has worked at Lakeside Bicycles for only two years, but he has been in the industry for more than two decades. He loves it.

“I can count on one hand the amount of people I met I don’t like,” said Champoux.

Champoux says one of those people called the bicycle shop on the last day of March and about an hour later, he walked in asking about a road bike.

The guy eventually left without buying anything, but Champoux says he returned during the overnight hours and broke inside through a back door. Champoux says the guy stole a high-end bike, several frames, wheels, and other accessories totaling more than $35,000.

He and his colleagues wasted no time trying to get their stuff back. They scoured websites like Craigslist and eBay and they spotted a bike that looked awfully familiar.

“You could see the serial number of the frame,” said Champoux. “We researched it and found an invoice with that serial number.”

That vigilante work led authorities to a home in Issaquah, Washington. Champoux says officers found a lot of Lakeside’s stolen merchandise, as well as other stolen items.

Champoux says despite the happy ending, he plans to beef up security at the bicycle shop.

“How I won’t say … hopefully this won’t happen again.”