Christian chose to wear his full inmate garb despite an Oregon law stating he could change into street clothes or a suit in front of a jury. 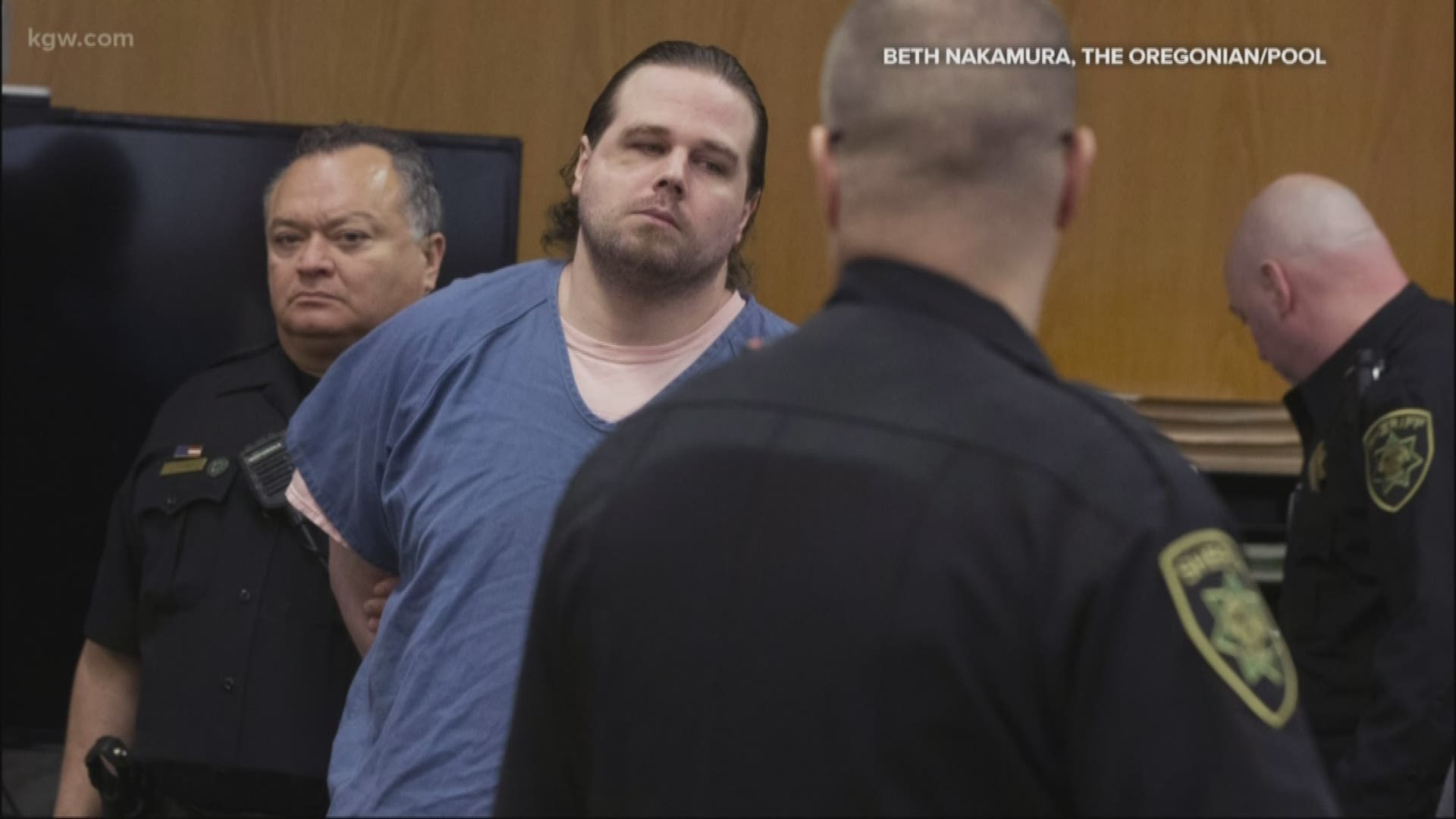 Christian, who's accused of killing two people and wounding a third aboard a MAX train, chose to wear his full inmate garb despite an Oregon law stating he could change into street clothes or a suit in front of a jury.

“I understand, I’ve been made aware, it doesn’t change that I’ve been held behind bars, there’s enough theater regarding this case,” Christian told Judge Cheryl Albrecht. “I don’t care how much time I get in prison if I’m found guilty or innocent, all I care is that the public gets to see what happens on the train.”

Christian is accused of going on a hate-filled tirade directed at two black teenage girls on the train, then stabbing three men who came to the girls’ defense in a matter of 11 seconds. Two of the men were killed that day, and another, Micah Fletcher, was hospitalized with a large slash on his throat.

Credit: Beth Nakamura, The Oregonian/OregonLive/Pool
Jeremy Christian sits down in court during the first day of jury selection.

The first potential juror admitted she’s politically and socially conservative because of how she was raised, and said she knew who Fletcher was because they lived in the same neighborhood. She said she didn’t know him well, and wouldn’t expect that to be a factor if she’s selected for the jury. She added she doesn’t know how she’ll react once Fletcher is on the witness stand, if he’s called up to testify.

The second potential juror was asked a litany of law-related questions, because of his background as an insurance adjuster. He was aware of the case when it happened because of word-of-mouth from friends, but hadn’t followed local media coverage.

The third potential juror said she was verbally attacked and physically groped on another city’s public transportation system several decades ago, but claimed that wouldn’t taint her opinion on this trial. She also admitted she had heard nothing about the case until she was selected for the jury.

Credit: Beth Nakamura, The Oregonian/OregonLive/Pool
Jeremy Christian listens in the courtroom during the first day of jury selection.

The fifth potential juror admitted she’s concerned about crime in Portland as the population has increased, and said she has experienced disturbing behavior on Portland streets, as well as public transit, including MAX trains.

The sixth potential juror said he wasn’t comfortable becoming a juror in the first place, but the question was swept aside for some time as he was questioned about the role of attorneys, benefit of the doubt and other functions of the court system.

The seventh juror said she stays away from social media, and that she has in the past worked for a defense attorney in another part of the state.

In follow-up interviews, the juror who said he didn’t want to be picked admitted he has seen some media coverage of this case, including Christian's outbursts in prior court appearances. He said he thought Christian is a racist, but said he thinks he could set his biases aside if he’s selected to serve on the jury.

Christian’s defense attorney moved to excuse that juror due to his concerns of racism and feelings of bias through media coverage. The dismissal was approved by the judge.

Another half dozen or so jurors will be brought in Tuesday afternoon. This system will continue for the next few days and the judge and attorneys assemble a full jury.