Joey Gibson, five others indicted for felony riot in connection with May Day brawl

Gibson was arrested last week on the charge. He said he was nonviolent during the fight between Patriot Prayer and Antifa outside Cider Riot in Northeast Portland. 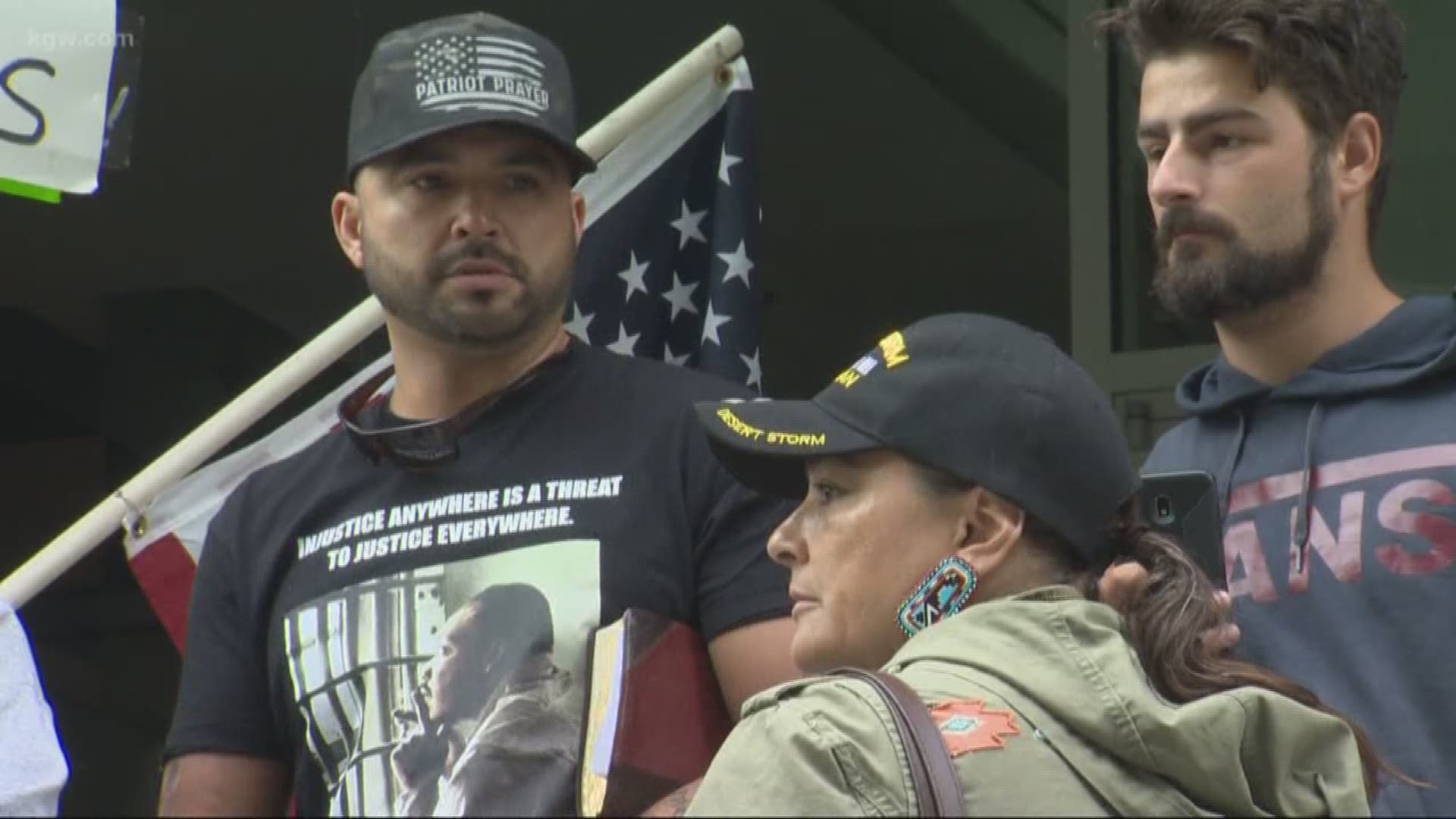 Editor's note: Video is from Aug. 19 when Gibson was arraigned on felony riot charge

PORTLAND, Ore. -- A Multnomah County grand jury indicted Patriot Prayer leader Joey Gibson and five other men on a felony riot charge in connection with a brawl outside a Northeast Portland bar on May Day, the district attorney's office announced on Thursday.

The fight occurred between supporters of right-wing Patriot Prayer and left-wing Antifa outside the Cider Riot Bar, located near Northeast 8th Avenue and Couch Street. The fight, between approximately 60 people, marked a violent end to an otherwise peaceful May Day in Portland.

PREVIOUS COVERAGE: Large fight between Patriot Prayer, Antifa breaks out on May Day in NE Portland

Gibson, 35, was arrested last week a few days before clashing demonstrations in Portland between several right-wing and left-wing groups, which resulted in 13 arrests. Following his arrest, Gibson said he was being unfairly targeted and was just walking on the sidewalk when the fight broke out.

RELATED: Gibson denies being violent during May Day fight

Gibson's lawyer, James Buchal, who is also the Multnomah County Republican Chair, said last week that Gibson was innocent and that Gibson "was repeatedly pepper-sprayed and spat upon by violent members of Antifa."

Earlier this week, Gibson said there was “no way” he was going to plead guilty to the charge.

The Multnomah County District Attorney’s Office said a person commits the crime of riot if “while participating with five or more other people, the individual engages in tumultuous and violent conduct and thereby intentionally or recklessly creates a grave risk of causing public alarm.”