Jacob Vasquez's family is asking his killer to come forward. They want justice for him and other homicide victims in the city. 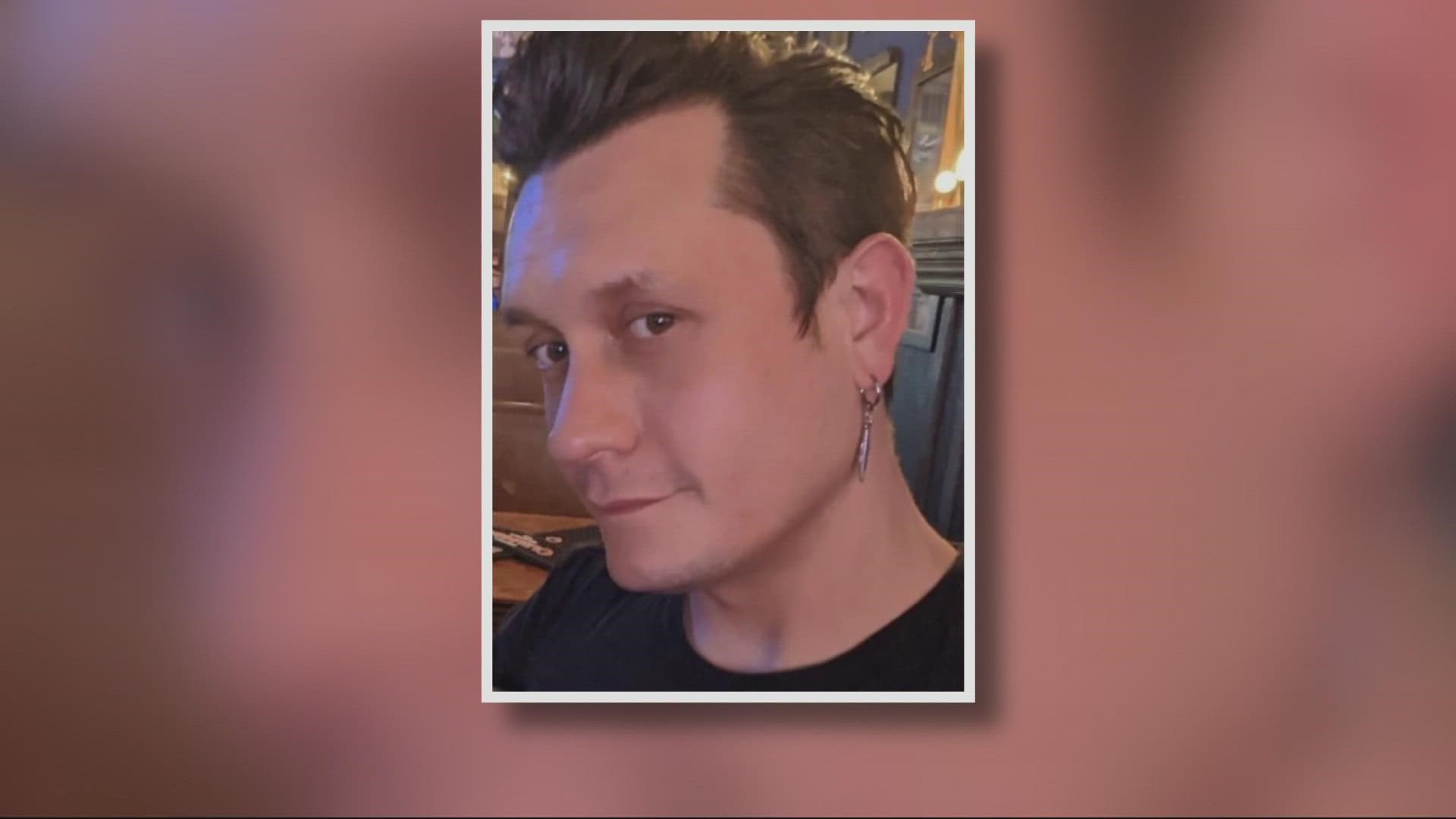 PORTLAND, Ore. — Nearly two weeks since Jacob Vasquez was gunned down in Northwest Portland, no arrests have been made. Police think the 34-year-old man was simply in the wrong place at the wrong time.

Jacob’s sister and brother-in-law, Wendy and Don Osborn, who traveled from California to deal with his death, spoke to KGW about their loss and their hope that justice will be served in his case, and other homicides in the city.

Jacob Vasquez was a bright positive force, according to his older sister.

“He wanted to be the life of the party, this is the kid that would literally cartwheel across the street to turn your frown upside down,” said Osborn.

The happy memories do not ease the pain of losing him.

"I would have never expected the call that I got. I was in disbelief," said Osborn. "My brother was full of light and love. Everyone who knew him in this neighborhood loved him."

Jacob was killed in his neighborhood when he was shot in the back just after walking into the Silver Dollar Pizza Bar at Northwest 21st and Glisan. It was shortly before 2.a.m. on Friday, September 24th. Police don't believe Jacob was the intended target. The shooter killed him and injured two others before running away.

On Wednesday, Jacob's friends gathered with Wendy and her husband Don, as they came to speak with the media near where he was shot.

“I'm not sure if you thought what you did that night was an act of bravery on your part, but I want to reach out to you and challenge you more, that a bigger act of bravery or valor would be you willing to turn yourself into authorities for taking an innocent life," he said.

Jacob was fairly new to Portland. He and his partner Nik moved here nearly two years ago from their hometown of Taft, near Bakersfield, California. They loved it here. Wendy said, true to form, he made fast friends working as a server at both the downtown Buffalo Wild Wings and McMenamins Blue Moon Tavern and Grill.

The Blue Moon is right across the intersection from Silver Dollar Pizza. Jacob was having drinks with friends after work and went to the Silver Dollar for last call. He was inside less than a minute when his life was ended by a bullet.

“Yesterday would have been his 35th birthday, and it's just tragic that someone so young, so full of life that was left ahead of him, would be taken by senseless gun violence,” said Wendy.

Jacob was the youngest of eight children. Wendy said they all spoiled him, including his parents, who still live near Bakersfield.

Here in Portland, Wendy and Don said people have been very gracious and caring. Still, they can't rest.

“We thank you for the outpouring of love and support, but we want justice for Jacob,” said Wendy.

“This is a beautiful city. Don’t give it over to the criminals. We have to protect the innocent,” added Don.