'It's unprecedented': String of arsons in small town of La Center

Since the first fire in late February, there were two fires in April and one in May. All of the fires damaged homes that were under construction. 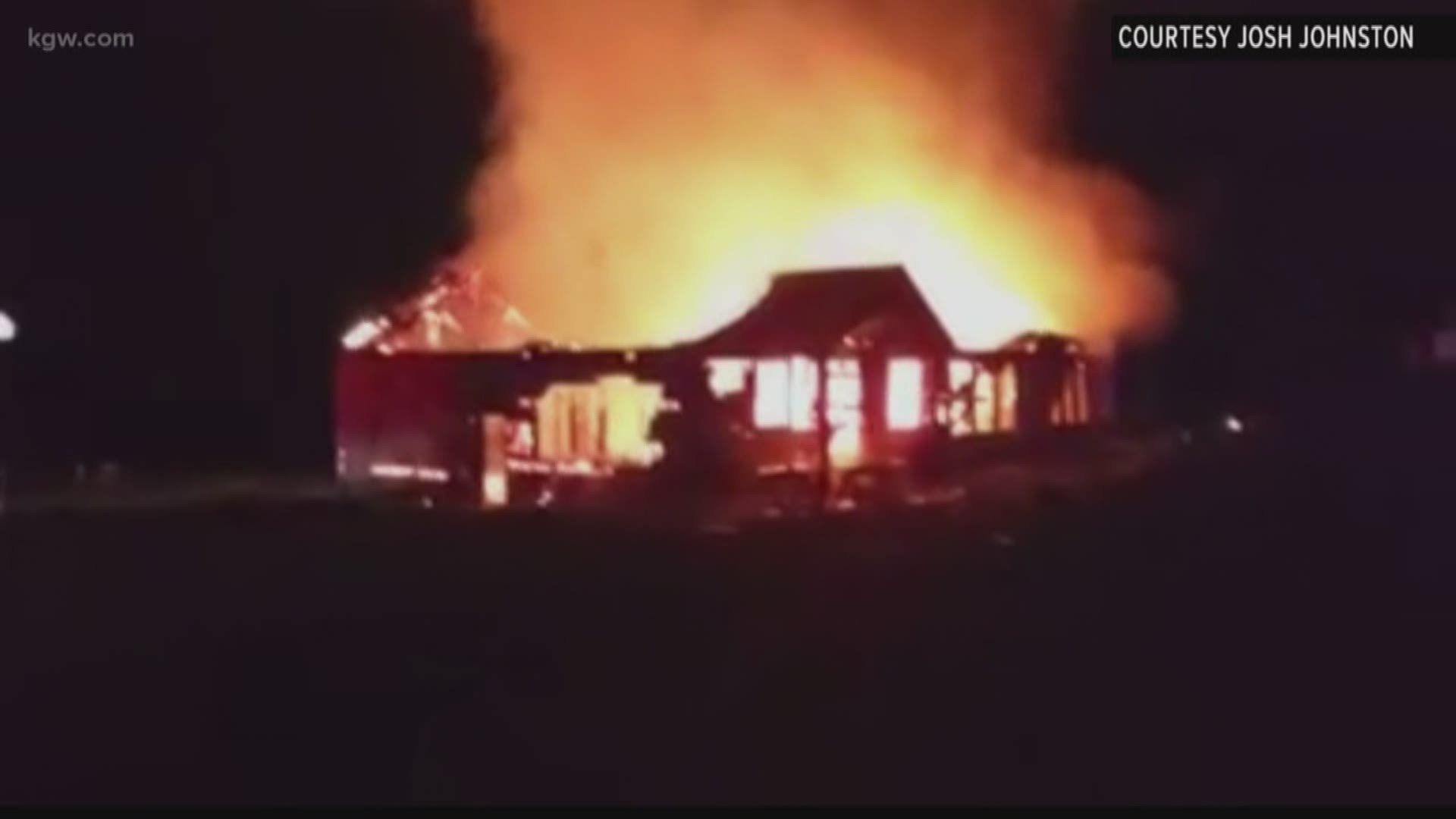 LA CENTER, Washington — Detectives are investigating a string of arsons at a new development in La Center.

“It was just bursting in flames,” said Malik Johnston.

Johnston woke up to the first fire back in late February. The flames were tearing through a home that was nearing the end of construction in the area of W 13th Way and Aspen Avenue.

“The flames were so high you could hear it through the window,” Johnston said. “It was insane.”

Since that fire in late February, there were two fires in April and one in May. All of the fires damaged homes that were under construction. There has been more than $150,000 in damage, police said.

“I was just in complete shock because La Center is such a small town,” said Johnston. “Nothing ever happens here.”

“I would say in my tenure here, it’s unprecedented,” said Sgt. Robert Scott of the La Center Police Department.

Sgt. Scott believes all the fires are connected and more than one person is behind them.

“Our citizens take a  lot of pride in their city,” said Sgt. Scott. “This doesn’t occur.”

Investigators say nobody’s been hurt so far, but that is not to say they will not be if the recklessness continues.

“Anytime you start that fire it is unpredictable,” he said. “It can spread.”

Nobody knows that better than Johnston, whose home is just feet from the scene of the first fire. Johnston is hoping detectives capture the arsonists.

“It’s really not OK to go around town, or anywhere, catching things on fire,” Johnston said.

Anyone with information about the case should contact La Center Police.