The fire at the Multnomah County Justice Center was the first of several set during a riot in downtown Portland on Friday night. 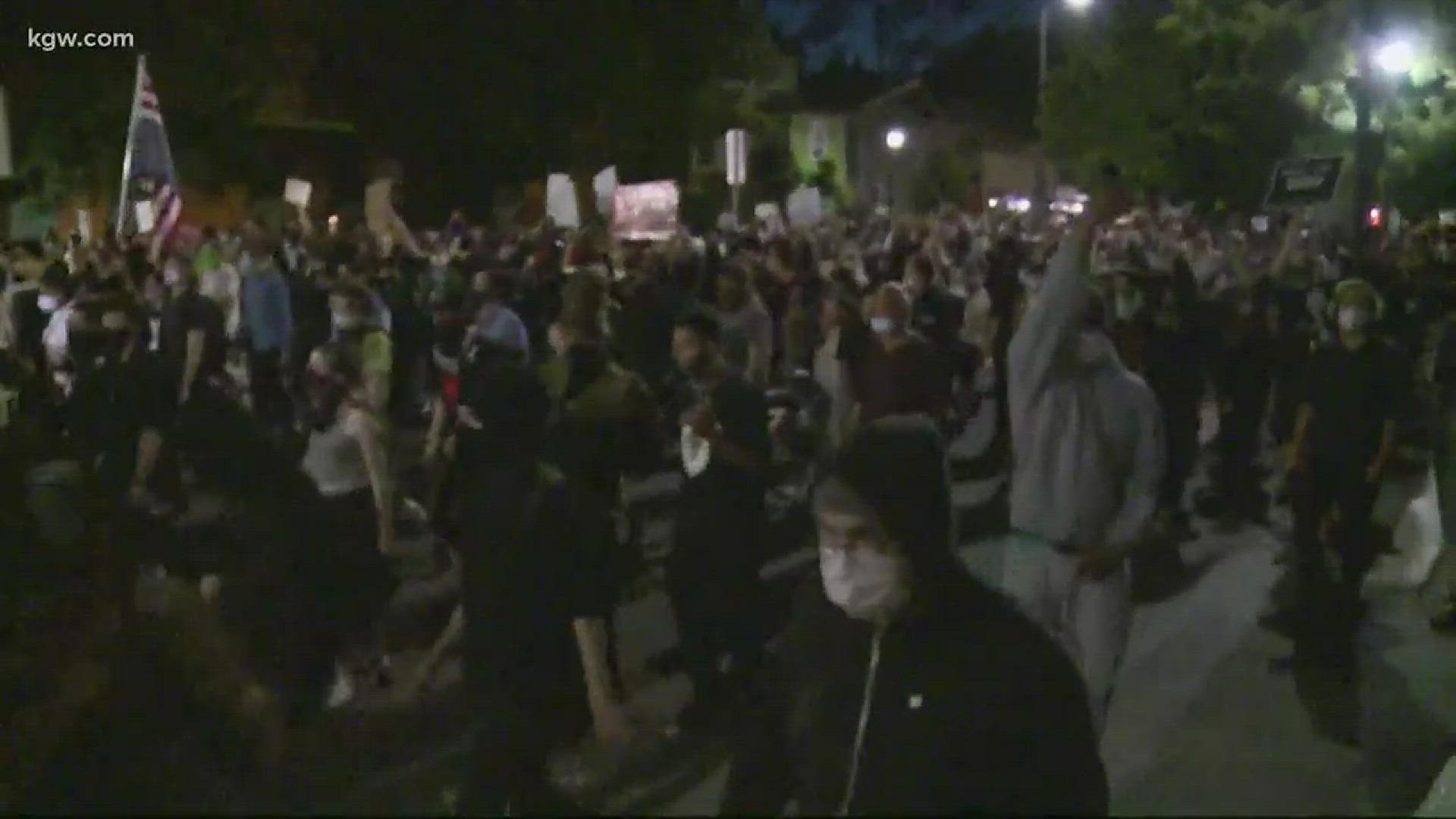 The riot was in response to the death of George Floyd, a black man who died while in the custody of Minneapolis police. The officer who knelt on Floyd’s neck for minutes, seen in a video shared across the country, was arrested days after Floyd's death and charged with third-degree murder. Floyd’s death, and continued police brutality against people of color, has sparked demonstrations, some violent, in cities across the United States.

The fire at the Multnomah County Justice Center was the first of several set in downtown Portland Friday night.

1 / 10
Multnomah County Sheriff's Office
Authorities ask for help identifying people who they say set fire to the Multnomah County Justice in downtown Portland on May 31, 2020. Anyone with information is asked to contact Portland Fire & Rescue’s arson tip line at 503-823-4636.