Other inmates helped break up the attack. 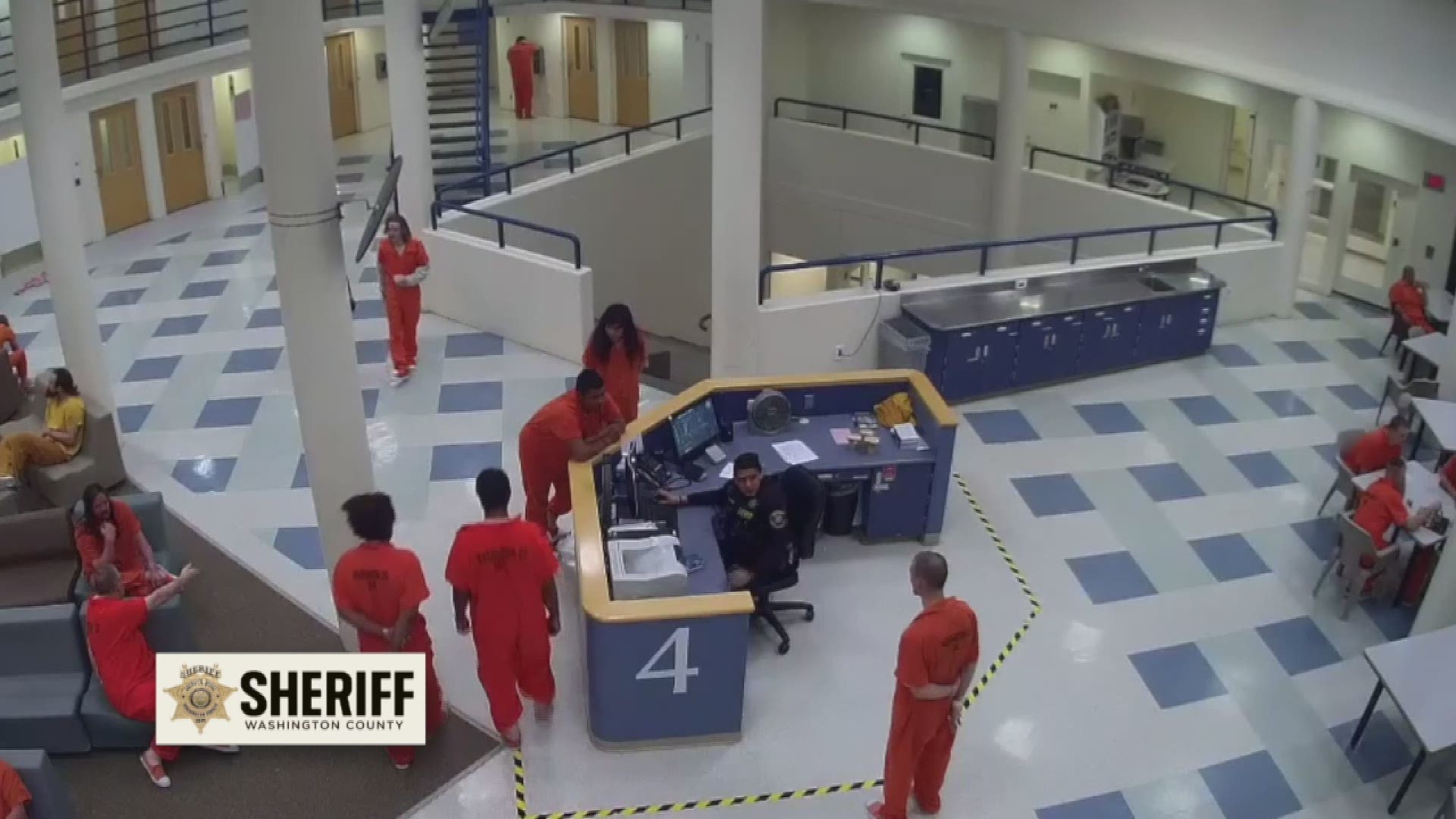 HILLSBORO, Ore. — A Washington County deputy is speaking out after an inmate attacked him in the jail.

It may have been the longest 30 seconds in Guzman’s life. He had to fight off Hayden Davis, who was in jail at the time for breaking into a Beaverton home.

“There had been no history between us,” said Guzman. “No disciplinary action at any point.”

Guzman told KGW he had just started an overtime shift in late March 2019. The inmates were enjoying some free time. Guzman noticed Davis circling the desk in the middle of the pod.

“Every time he passed in front of my desk he would just stare at me,” said Guzman. “I greeted him once and he didn’t say anything back.”

Guzman said moments later Davis lunged at him. The deputy said his training kicked in and he shoved Davis to create some space.

“He charged at me as soon as I cleared away from the desk and that’s when I threw the punch,” said Guzman. “He ended up on the ground.”

Guzman said he could have jumped on Davis and handcuffed him, but the idea of being on the ground was terrifying. There were more than 50 inmates in the room.

Fortunately another inmate did intervene. He grabbed Davis and threw him to the ground. That allowed Guzman to take control of the situation.

Guzman escaped with only minor injuries to his eye and knuckles. He also has a story he will be telling for years to come.

“A lot of people ask me if I was in fear at that point,” he said. “Honestly it happened so quick there wasn’t much time to react to fear.”

A judge sentenced Davis to more than six years in prison for his role in the jail fight and the crime that originally put him in jail.