'I'm happy that I was in that classroom for those kids': Keanon Lowe shares details about encounter with Parkrose gunman

Lowe, a security guard and football coach at the school, responded to a call to come get a student. He said he was only in the classroom for 15 to 20 seconds when the door opened and the student was standing there with a shotgun. 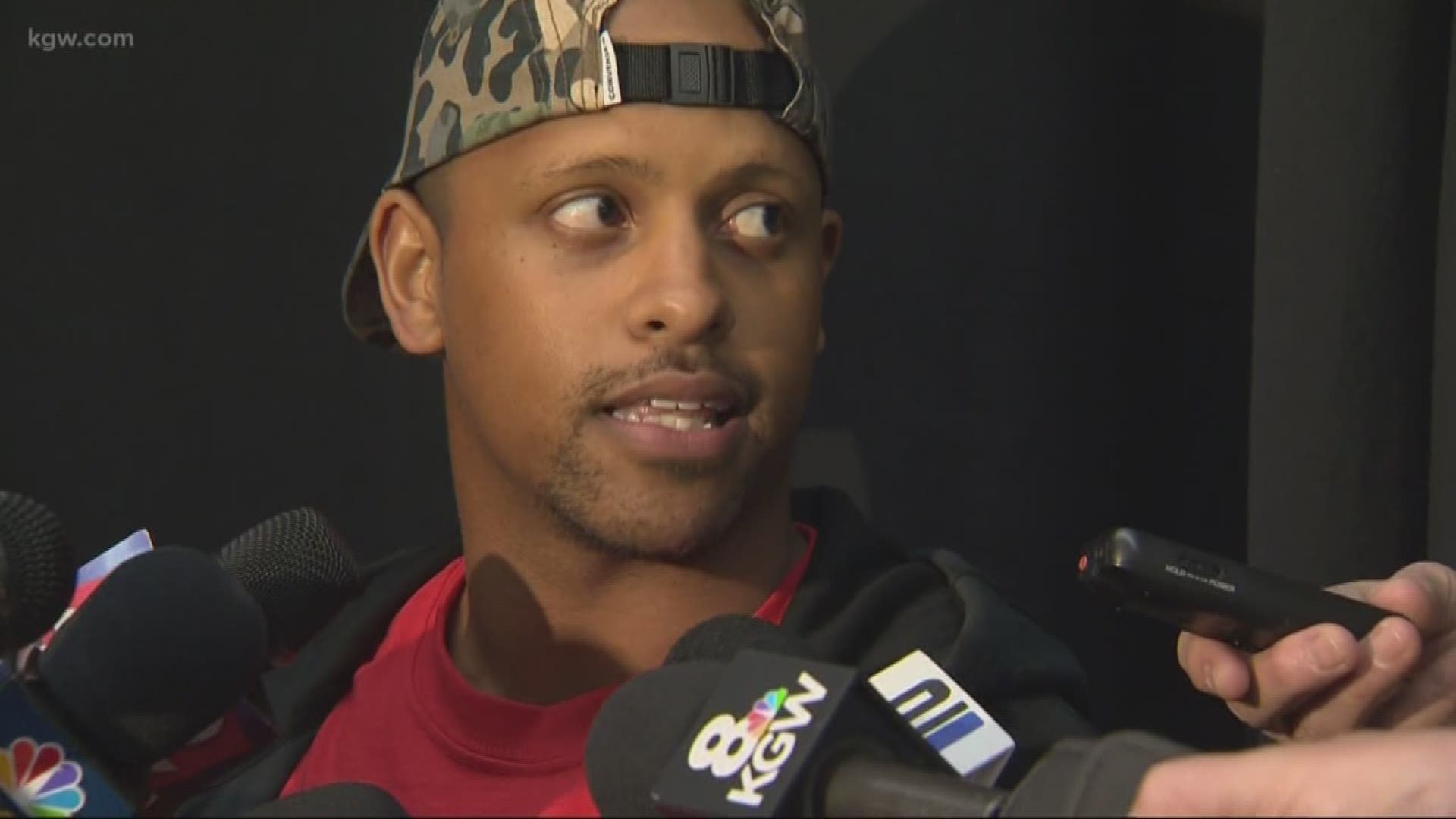 PORTLAND, Ore. — Parkrose High School security guard and football coach Keanon Lowe, who tackled an 18-year-old student who brought a shotgun into a classroom on Friday, is being hailed as a hero for his quick actions inside that classroom.

The student accused of bringing the shotgun to school is Angel Granados-Diaz. A parent told The Oregonian students said Granados-Diaz intended to use the gun to harm himself.

"The universe works in amazing ways," Lowe said. "I've gone through stuff in my life that has prepared me for that moment."

Lowe spoke with reporters at the Moda Center before Game 4 of the Western Conference finals, where he was honored Monday night. Watch the full interview

"I'm lucky and I'm happy that I was in that classroom for those kids and that I was able to prevent that tragedy."

Lowe said after he disarmed Granados-Diaz, the two of them had an emotional moment.

"In that time I felt compassion for him," said Lowe. "I had a real life conversation, obviously he broke down and I wanted him to know I was there for him. I told him I was there to save him, I was there for a reason, and this is a life worth living."

Lowe said he's received support from people across the country and around the world.

In an interview with "Good Morning America" on Sunday, Lowe, a former Oregon Ducks wide receiver, said everything happened so fast, but that it was also "the longest fraction of a second of my life."

Lowe said he got a call to go out to the fine arts building and described it as just a regular call to go grab a student. He said he walked into the classroom and asked if the student was there, but the student wasn't in the room.

He said he was only in the classroom for 15 to 20 seconds when the door opened and the student was standing there with a shotgun.

Lowe said his instincts kicked in and he lunged for the gun.

"I feel like I was put in that room in that very moment for a reason," Lowe said. "To protect those kids."

Lowe said he and the student struggled for the shotgun as other kids ran out of the back of the classroom. He was able to wrestle the gun away from the student, and then held the shotgun with his right hand while holding the student off with his left hand.

In the interview he also said he's looking forward to going back to school and is so thankful no one was hurt.