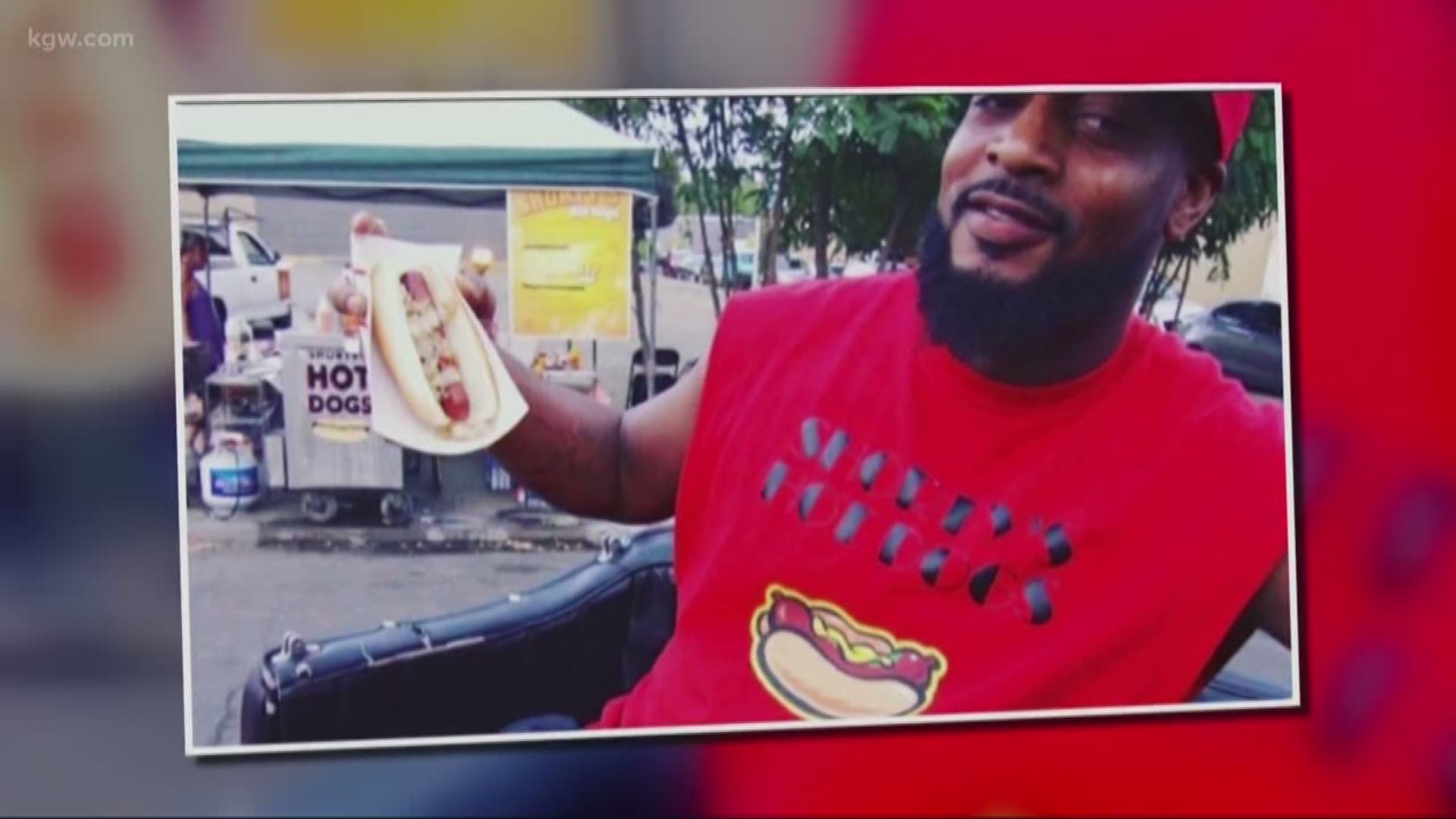 PORTLAND, Ore. — A Portland man is out a big part of his livelihood, after crooks stole his hot dog cart and the trailer it was stored inside.

Melvyn Baker owns Shorty's Hot Dogs and Ice Cream. The single father of two sets up the stand around town to earn extra money. On Monday afternoon, surveillance cameras captured crooks stealing the trailer from in front of Baker’s house on Southeast Center Court near Southeast 96th and Powell.

"Gotta hope and pray that the property comes back," said Baker, a single father of two. "It's frustrating."

Surveillance cameras captured a dark sedan and a Dodge truck rolling up to Baker's home to steal the trailer. Baker’s neighbor, Crystal Leslie, saw it happen and confronted the thieves.

On their way out, the driver of the pickup took out a neighbor's tree and smashed a garbage can on the curb. He also backed the truck into a fence before driving toward Leslie.

"He came straight at me on the sidewalk," she said. "I had to jump to get out of his way."

Baker said the trailer, cart and everything inside was worth around $15,000. Loved ones have set up a GoFundMe account to make up for what insurance won’t cover.

Bakers family is offering a $1,500 reward for the tip that leads to the return of his trailer and hotdog cart. Please contact shortydogs16@yahoo.com with any related tips.

"It's not easy trying to start over," said Baker, who lost his wife in 2009. After her death, he started a support group for single dads called Breaking Cycles, which KGW featured in 2014.

Anyone with information on this case should call the Portland police non-emergency line at 503-823-3333.