Collin Williams, 20, is charged with criminal mischief, abuse of a memorial and a bias crime. Police said he admitted to the vandalism. 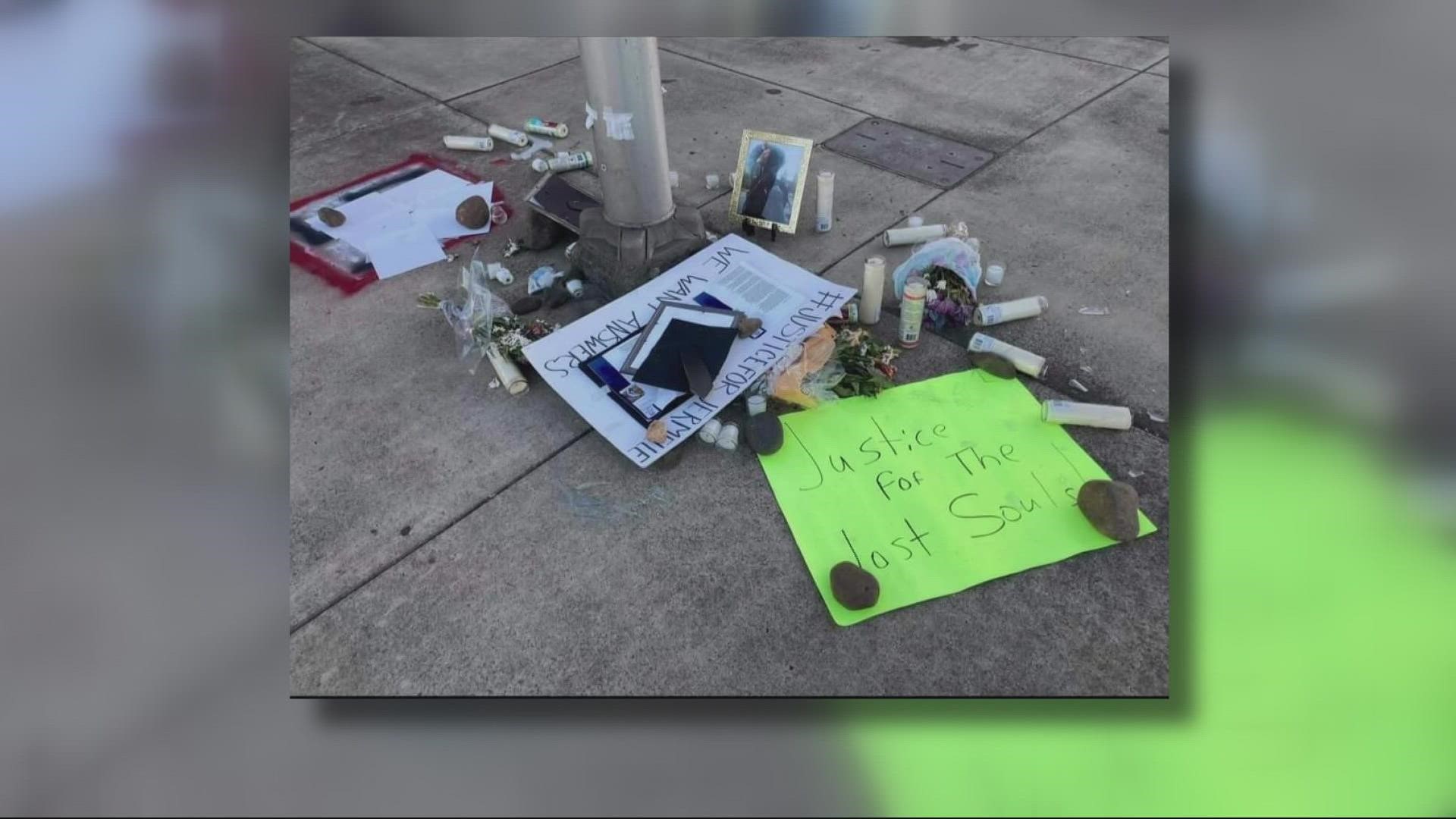 OREGON CITY, Ore. — Oregon City police arrested a Happy Valley man Thursday for spray painting a swastika on the sidewalk and vandalizing a memorial for a man who recently died at the Clackamas County jail.

Police said a memorial for Jermelle Madison was left at the corner of Beavercreek Road and Library Court after a vigil on Friday, Aug. 6. Madison died on June 28 after being found unresponsive in a jail cell, police said.

On Tuesday evening, candles were knocked over and picture frames were broken, and a large Nazi swastika was spray painted on the sidewalk next to the memorial. "I shook all night because I was so upset and sad that they would do that to Mel's memorial," said Caysha Clayton, who was friends with Madison.

Police said they later discovered Williams posted a video on social media under a pseudonym of himself destroying the memorial with the caption, "I unenthusiastically commit a hate crime," and another post that said, "I also spray-painted a fun German windmill on the sidewalk for good measure. DM for the pic."

Police said Clackamas County Administration identified Williams as a county employee.  "We were shocked that he worked for the county" said Clayton, "seeing that video absolutely destroyed me, so I can’t imagine what it did to the family."

Williams admitted painting the swastika and destroying the memorial, according to Oregon City police. Officers also found the spray paint and other evidence in his car.