Steven Teets is accused of trying to break down the door of a family's home while drunk. He was cited for criminal mischief. 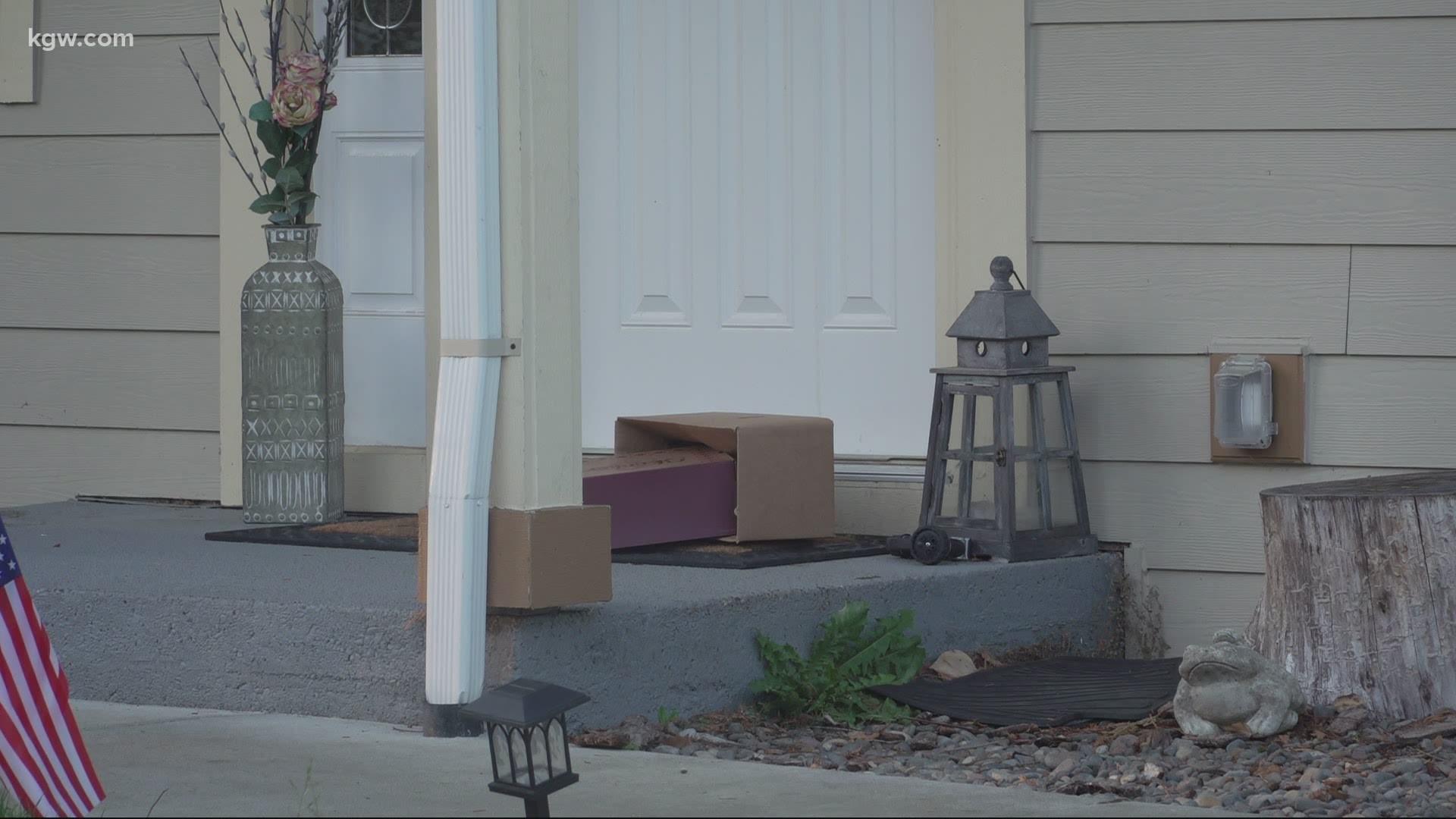 "I've never been so frightened," she said. "Never had someone attack, come at us, attack like this with such rage and violence like this individual did."

The 39-year-old wife and mother of four was awakened by some commotion in the early morning hours of Halloween. She and her husband went to check it out. They found a stranger, who appeared drunk, on their property.

"The guy gets to my door and starts pounding on it, starts kicking it, starts trying to open it, going nuts, just going nuts," she said. "He starts breaking everything on my porch. I had some decorations plus the Halloween decorations we had just set out."

Castaneda called 911. Responding officers found the guy not too far away. What should have been relief for Castaneda's family was not. Her daughter will not sleep alone now. Her son is frightened, too.

"He was sleeping with a knife right next to him," she said. "That was extremely tough. That was hard."

Even harder is who the suspect turned out to be. Authorities identified him as an off-duty officer with the Forest Grove Police Department.

"Disheartening," said Castaneda. "I have family members, I have friends who are police officers. At one point I'm on the phone with one of them crying. I'm bawling."

Steven Teets was cited for criminal mischief. He was never booked into the jail due to COVID-19 restrictions. The 43-year-old was taken off the streets and moved to desk duty while deputies with the Washington County Sheriff's Office investigate the case.

"There is no way this man can be a police officer," said Castaneda.

Castaneda wants to see Teets fired. She believes he targeted her home because of the Black Lives Matter flag hanging outside.

"There's no doubt in my mind," she said. "I want accountability and I want to know the truth."

Castaneda filed a lawsuit against Teets. His attorney sent a statement to KGW.

"Steven is a 10-year Army veteran whose service included combat deployments in Iraq and Afghanistan," said Derek Ashton. "In 2009, he was honorably discharged as a staff sergeant, earned a bachelor’s degree, and became a Forest Grove police officer. These are stressful times for the strongest among us. Steven is addressing a personal issue for which he deserves support and understanding rather than condemnation."

Forest Grove Police Chief Henry Reimann posted a message on Facebook saying the city takes personnel matters like this one seriously. An outside, independent investigation of the department's handling of this incident has been requested.