The shooting happened during a vigil for a 22-year-old man who was shot and killed Sunday night. 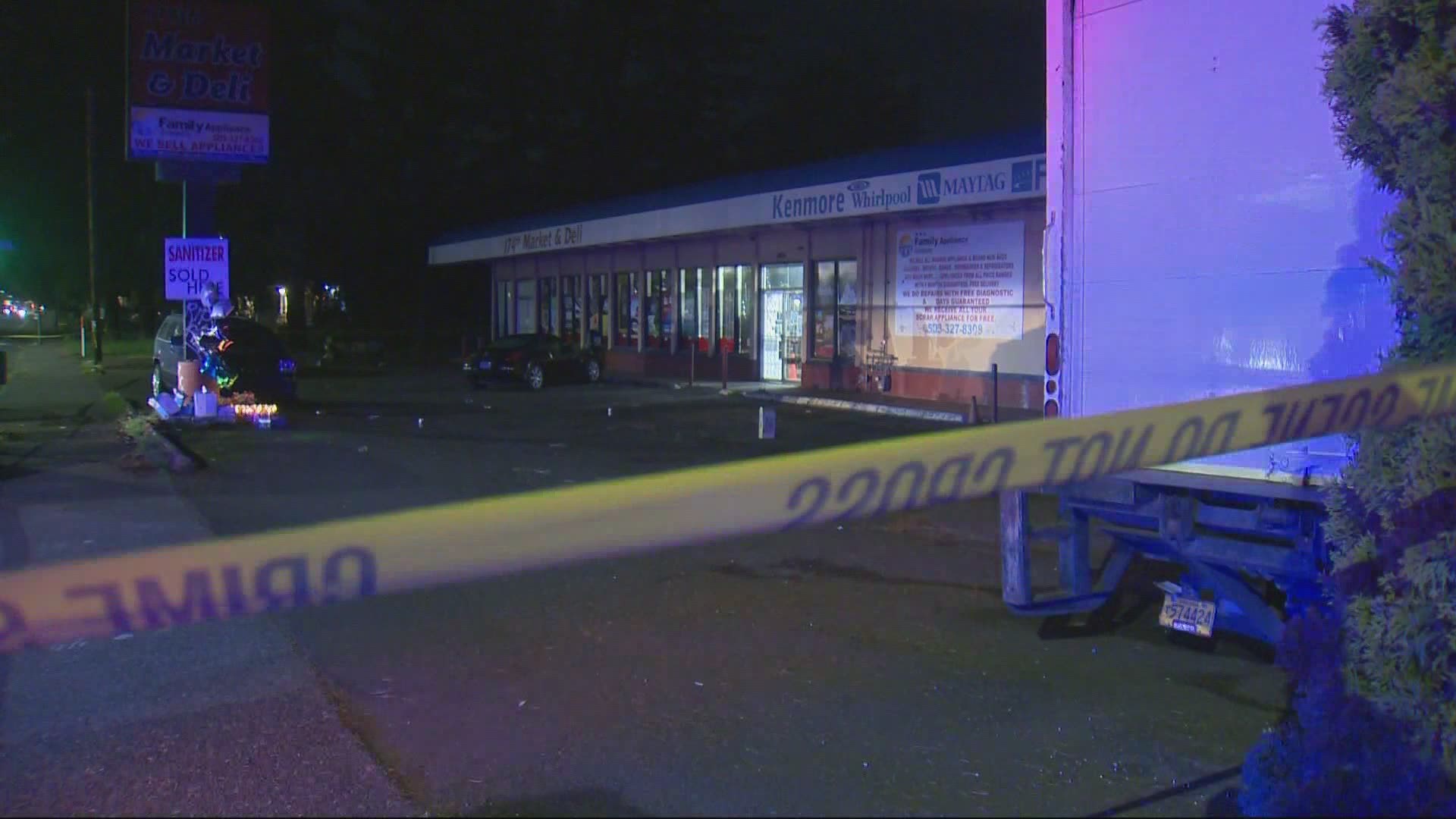 GRESHAM, Ore. — Seven people were hurt during a drive-by shooting late Monday night at a vigil in Gresham, according to police.

Gresham police responded at about 11:30 p.m. to the report of a shooting near Southeast Stark Street and Southeast 174th Avenue. According to police, a vigil was being held for 22-year-old Alejandro Barajas, who'd been shot and killed at that location Sunday night.

Police said a dark SUV drove past the vigil and shots were fired between the occupants of the SUV and some members of the crowd. The SUV was last seen traveling west on Stark Street, police said. No arrests have been made.

Police said all seven victims, four men and three women, were taken to local hospitals and are expected to survive.

"The gun violence that unfolded in Gresham on Monday shows the urgent need for more community-based programs that work to prevent gun violence and that respond to the emotional trauma left behind," said Schmidt. "The outcome of this shooting could have been much different."

Schmidt said outreach workers and crisis counselors are available to help the victims and their families.

Tuesday afternoon, you can still see part of the memorial; people set up flowers, candles and Modelo beer bottles.

In the aftermath of the shooting, the owners of a nearby market spent the day cleaning up and working with the Gresham Police Department and Portland Fire & Rescue.

The building was caught in the crossfire of the drive-by shooting. One neighbor told us he hears gunfire more often now.

"Never like this before," Vladimir said. "We're in bed going to sleep and you hear 'bam, bam, bam'."

People who live and work in the area believe this was gang-related. Police said several gang-affiliated people were at the vigil, but could not confirm the shooting victims were affiliated with gangs.

"It's like a war zone. Unbelievable, it's crazy. Never like that. I think it's very sad and really needs to stop," Vladimir said.

Other neighbors and business owners were worried about going on camera; one even told KGW: "We don't talk in this neighborhood".

"When it's people of color, victims like this young man, there's no outrage," community activist and founder of The No Hate Zone Sam Sachs said.

Sachs showed up at the scene to see who the victim was.

"The city, county, state all need to come together to address the gun violence. Not just from a legal, law enforcement aspect but from investing in communities of color," Sachs said.

"We have to do a better job," Multnomah County Commissioner Lori Stegmann said.

Stegmann says the county has services for responding to the increase in violence. She says, ultimately, building relationships will save lives.

"Providing mental health services, wrap-around services where you have people with lived experience who understand the challenges that so many people are going through, having that voice and shoulder to rely on is just paramount," Stegmann said.

She and a Gresham city councilor are holding a community conversation together. It will be focused on how they can improve their response and services to address rising gun violence.

“Understandably, the Gresham community has been shaken by the recent gun violence that occurred. Our thoughts are with the family of Mr. Barajas, and I applaud the great work of our Gresham Police Department, who arrested a suspect within 24 hours of that shooting. Officers are now pursuing any and all leads regarding the shooting that occurred last night at the vigil for Mr. Barajas.

Gun violence has been on the rise across our region in recent months; one of the priorities of the City this year is to focus on our modern public safety strategies. While the issues that lead to increased violence are complex, we are committed to continuing to work with our community to develop strategies to prevent violence.”

The Portland area has seen around 300 shootings since January. Last year, that number of shootings wasn't reported until early July.

Anyone with information about this shooting is encouraged to contact Gresham police at 503-823-3333 or fill out an online police report.