"The fraud ring operated in Woodburn for more than a decade and produced over 10,000 fraudulent documents that they distributed in Woodburn or mailed to customers around the United States," U.S. Attorney Billy Williams and Assistant U.S. Attorney Peter Sax said in the plea agreement

Credit: AP
FILE - This March 2, 2017, file photo shows a sign advertising bus trips to California with connections to Mexico, at a shop in the predominantly Latino town of Woodburn, Ore. A man from Woodburn has pleaded guilty to conspiracy to produce false documents after agents found a document-forging lab in his apartment that had allegedly produced over 10,000 fake social security cards, drivers licenses and immigration-related documents. (AP Photo/Andrew Selsky, File)
Author: ANDREW SELSKY (Associated Press)
Published: 11:24 AM PST March 6, 2019

SALEM, Ore. — Located in an apartment in a primarily Hispanic town in Oregon, a clandestine lab churned out thousands of fake Social Security cards, drivers' licenses and immigration documents that were sold around the United States for years.

The clandestine operation, revealed for the first time Tuesday in a federal court document, showed that a syndicate based in Oaxaca, Mexico, operated the forged-document factory in Woodburn, a town of 24,000 in an agricultural region a half-hour's drive from Portland.

Employers including farms, nurseries and wineries, routinely employ people who are in the United States illegally but who can produce a Social Security card or work visa. Many agricultural employers say it's not their responsibility — and that they lack the expertise — to determine if the documents are genuine.

The arrest on Sept. 21, 2017, of Miguel Merecias-Lopez in a fast-food restaurant parking lot in Woodburn reveals how, in many cases, such documents are produced. Merecias-Lopez pleaded guilty Tuesday in federal court in Portland to conspiracy to produce false identification documents and possession with intent to distribute methamphetamine. He had gone to the parking lot to sell more than a kilogram (2.2 pounds) of meth, prosecutors said.

RELATED VIDEO: How do you spot a fake bill? 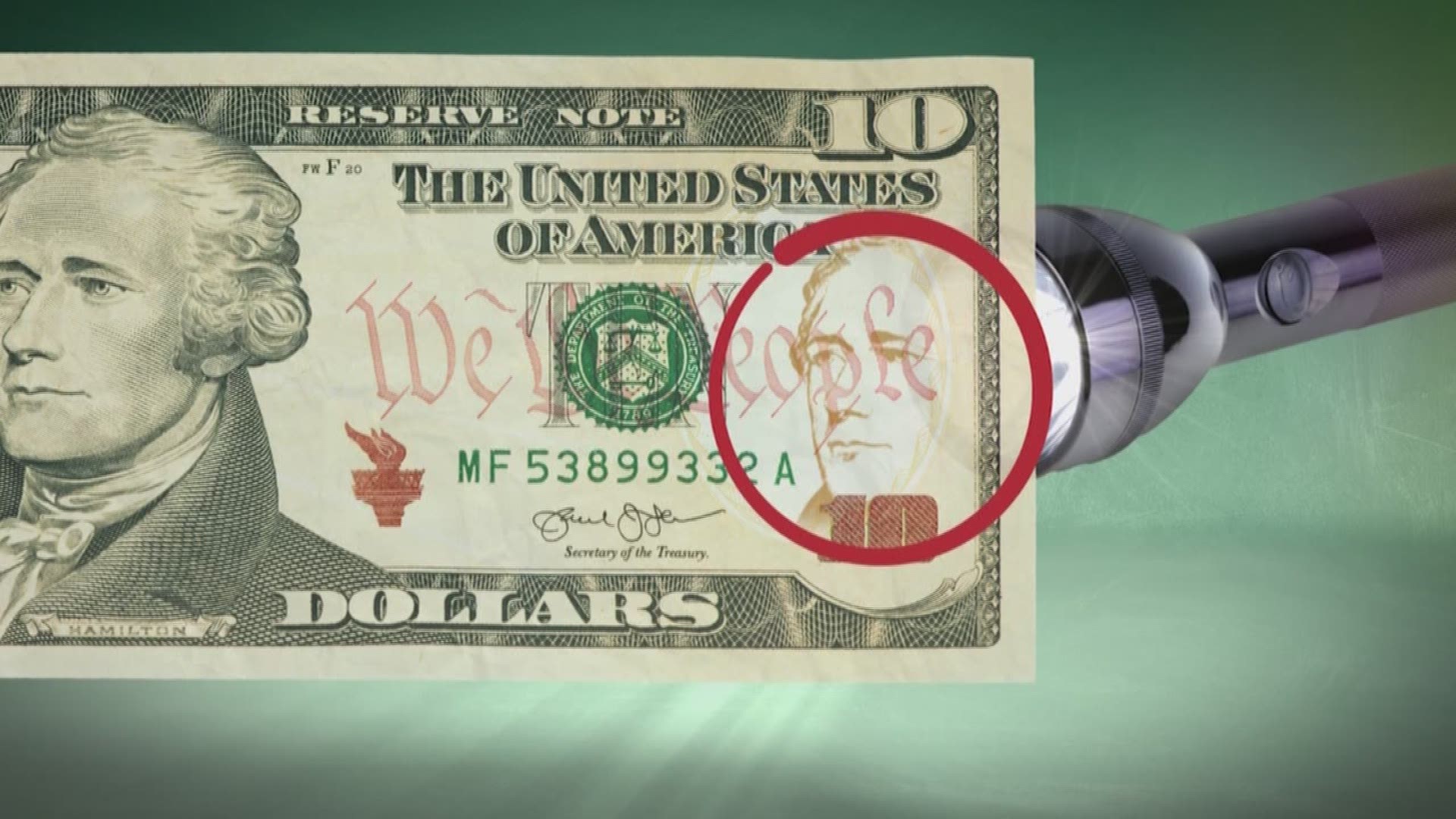 Homeland Security Investigations had already been looking at the syndicate they called the "Fraud Doc Ring" before the arrest, said Kevin Sonoff, spokesman for the United States Attorney's Office in Portland. After Merecias-Lopez was arrested, investigators went to his apartment and found computers, scanners, laminators, cameras and a high-resolution printer.

The Fraud Doc Ring communicated with customers using Facebook, email, Snapchat and in person, the plea deal states. Customers emailed, texted or mailed the ring digital passport-style photos for insertion into the fake ID cards, or visited a clandestine photography lab in Woodburn where their photos were taken, the plea agreement says. Customers paid electronically through PayPal, through the mail or in person.

In the apartment, agents found dozens of security images and seals used in legitimate identification documents. They also found stored digital photos of more than 4,000 customers.

There is a huge market for such documents. Immigrants working illegally in this country accounted for about 46 percent of America's roughly 800,000 crop farmworkers in recent years, according to an Associated Press analysis of data from the U.S. Departments of Labor and Agriculture. Many more work in the nation's hospitality, service and construction industries.

Merecias-Lopez's attorney, Brian Walker, did not immediately respond to emailed and phone messages requesting comment. Merecias-Lopez said in his petition to plead guilty that he has a 10th-grade education, and that he understands that conviction can lead to imprisonment and deportation.

Merecias-Lopez, 24, moved to Woodburn from Oaxaca in January 2017, long after the fraud ring began operating. He is responsible for creating at least 300 fraudulent U.S. government documents, according to the plea agreement.

Government prosecutors and Walker are jointly recommending a low sentence. For the false documents conviction, he faces a maximum 15 years in prison and $250,000 fine. The drug conviction carries a maximum sentence of life in prison with a 10 year mandatory minimum sentence and a $10 million fine.

Sonoff said no other arrests have been made and that the current criminal inquiry focuses only on Merecias-Lopez and his co-conspirators, not on their customers.

Sentencing is scheduled for June 18.