Robert Pouria had packed his valuables in the trunk of his car amidst wildfire evacuation notices in Clackamas County. 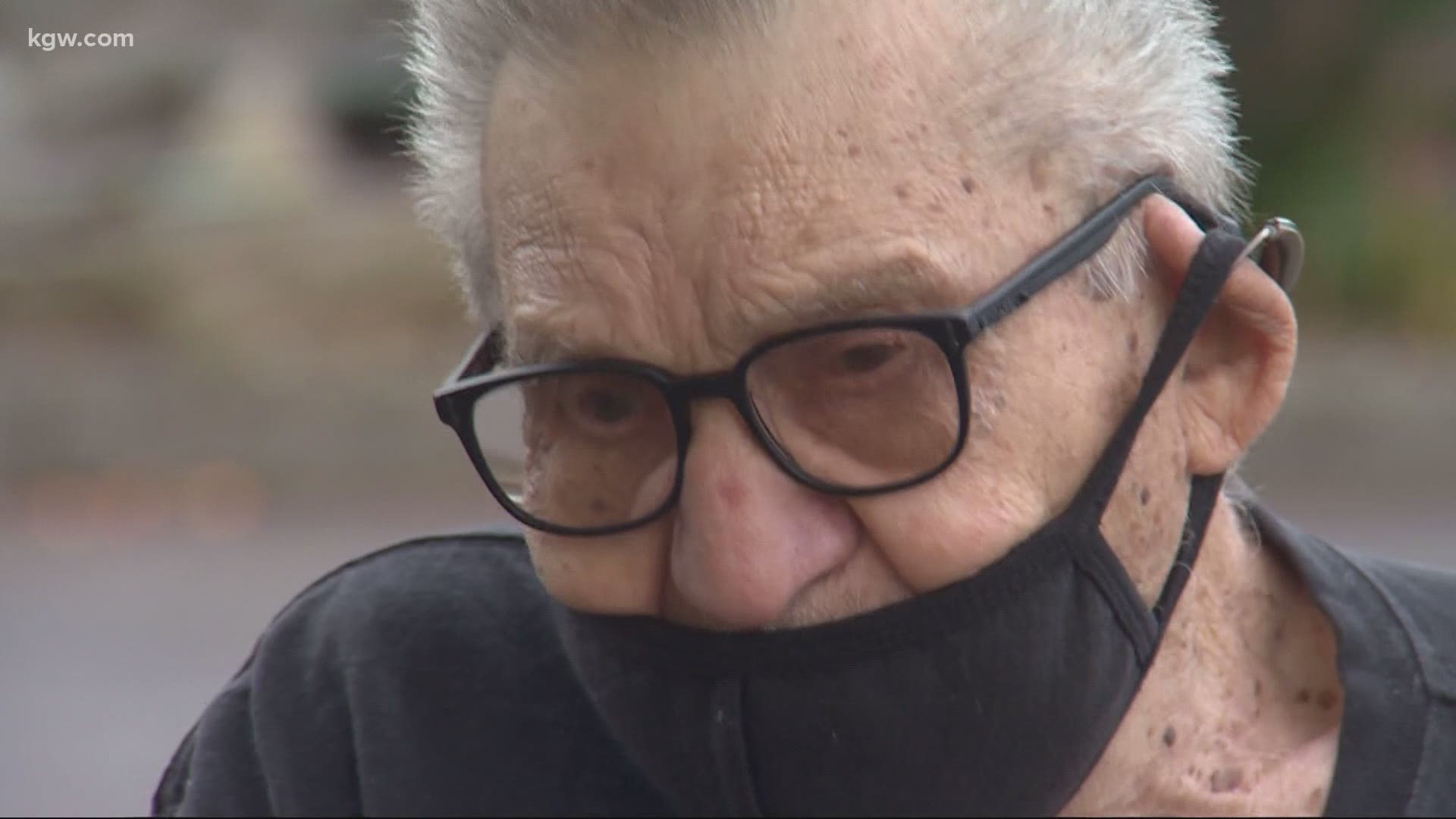 HAPPY VALLEY, Oregon — A 90-year-old Happy Valley man is heartbroken after thieves stole his most precious family heirlooms. Robert Pouria had packed them in the trunk of his car to be ready because of wildfire evacuation notices in Clackamas County.

Pouria's stolen valuables included wedding rings belonging to him and his late wife of 52 years, a Black Hills Gold ring and his wife's cedar jewelry box from her childhood. He also lost a coin collection including a $10 gold piece passed down to Pouria from his grandmother. He locked all of it in the trunk of his car, parked at The Forum at Town Center Senior Living in Happy Valley on Southeast Causey Avenue.

Eventually the fire danger cleared and Pouria never had to evacuate. When he checked his car however, his valuables were gone. Investigators with the Clackamas County Sheriff’s Office believe someone broke into Pouria’s car sometime between Sept. 14 and 18.

“I'm devastated,” said Pouria. “Everything I wanted that I thought I had of value as far as my heritage, it's gone... I don't have anything to pass along to my children, anymore."

“The type of person that does a thing like this doesn't respect anyone,” said Pouria. “I don't believe they even respect themselves.”

Anyone with information on this case was asked to call the Clackamas County Sheriff's Office tip line at 503-723-4949. You can also use the online email form. Please reference CCSO case #20-020295.