The University of Farmington was located in Michigan. 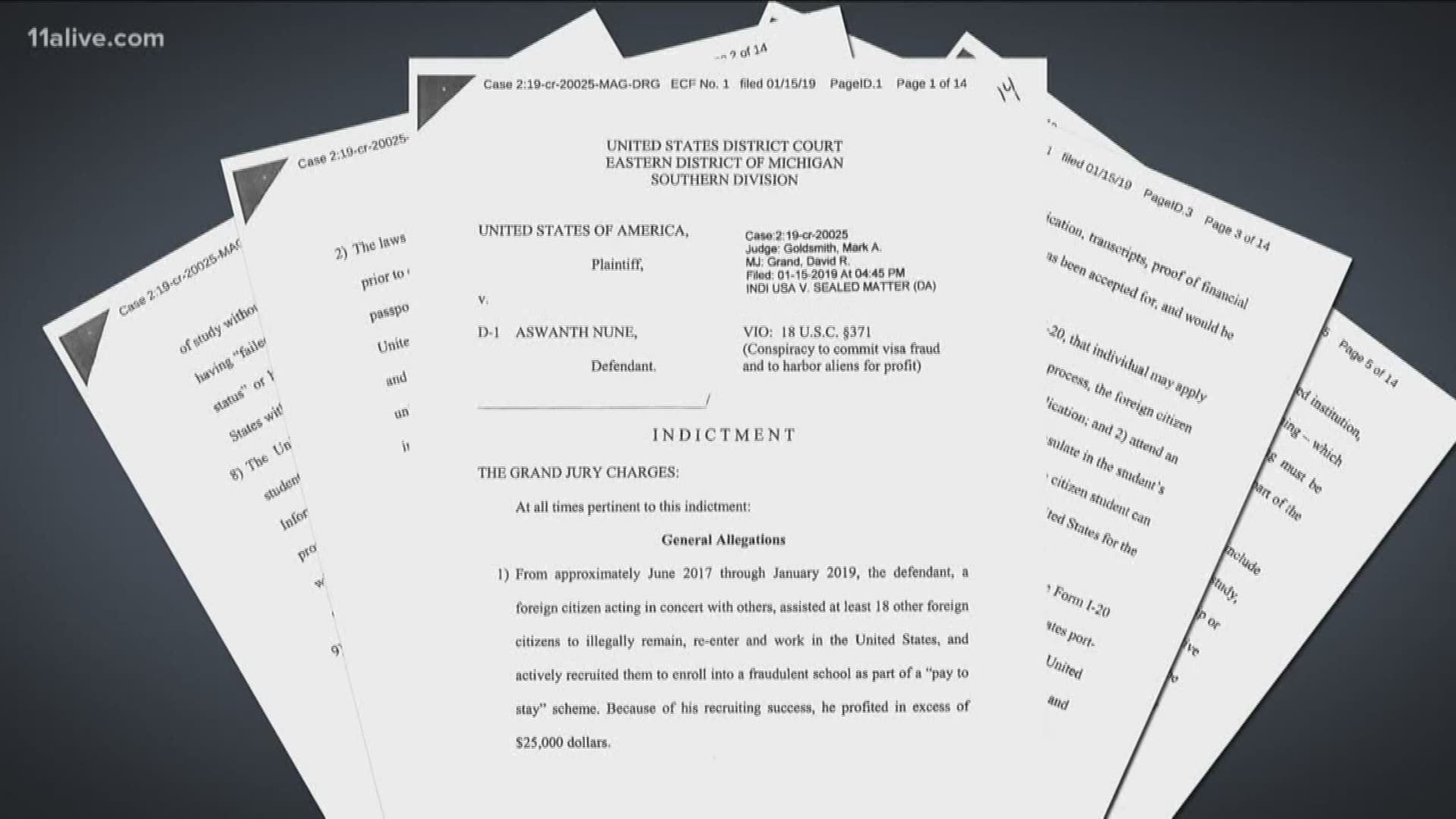 To an outsider, the University of Farmington could seem like a real college, but it was just the opposite.

The Associated Press reports the federal government arrested about 250 foreigners who knowingly enrolled at the phony school in suburban Detroit so they could remain in the U.S.

An Atlanta man has been indicted for his involvement. Documents show 26-year-old  Aswanth Nune acted as a recruiter, paid to entice foreign-born students to attend the University of Farmington.

NBC News reported about the fake university in January, after the first indictments. Now media outlets are reporting additional arrests. The Immigration and Customs Enforcement said about 250 arrests took place between January and July.

There were no classes and no professors. The owner and employees were undercover officers from Homeland Security Investigations, according to the indictment.

It also said the eight recruiters in the pay-to-stay scheme earned thousands from undercover officers, to help enroll foreign students.

ICE said the recruiters were criminally charged. The agency also  said 80 percent of those arrested have been deported; of the remaining 20 percent, half of those were given a final removal order.

Sophie Speaks: How a Georgia mother allowed her boyfriend to impregnate her 10-year-old