PORTLAND, Ore. -- Police are investigating another food cart pod burglary, the eighth in the Portland metro area in less than a month.  But so far, despite burglary detectives working hard on the cases, police have no progress to report. 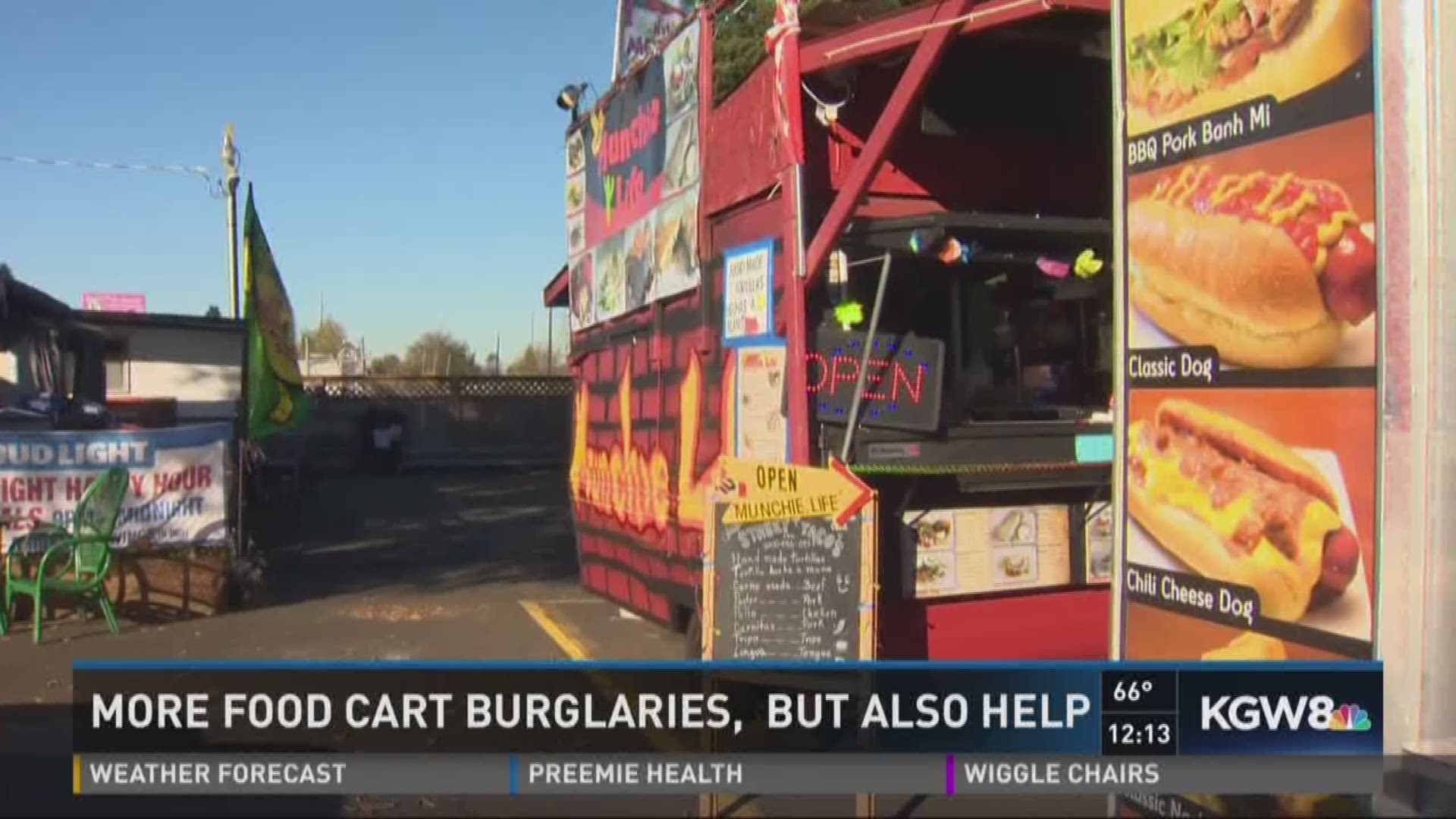 PORTLAND, Ore. -- Police are investigating another food cart pod burglary, the eighth in the Portland metro area in less than a month. But so far, despite burglary detectives working hard on the cases, police have no progress to report.

Last week, thieves broke into three food carts on Northeast 119th and Sandy Boulevard. They broke into two of the carts through the ceiling vents and kicked in the door of a third, taking cash and electronics.

Nancy Gomes, who works at Munchies Life food cart, said the crooks are hurting their livelihood.

“It's hard for us because we try to survive,” Gomes said. “I have three girls so it's hard for me to spend more money to fix all that stuff and to replace it. ... I hope if people saw something they can call police and help us.”

Anyone with information is asked to call Portland police or send their tip to crimetips@portlandoregon.gov.

At the same time, people are stepping up to help the small businesses affected. Customers are ordering up, and in one case another business is chipping in.

The Dutch Bros. at 6710 Southeast Foster Road will donate a dollar from every drink it sells on Thursday to neighboring food carts.

"The food carts, it’s just like devastating to hear about it and we just wanted to help out. They’re amazing, they always come by, we go over there and get food and they’re just part of our family," said Dutch Bros. employee Beka Lofstedt.

At nearby Portland Mercado, they appreciate the support. And they plan to give back this coming Friday with a gathering from 6 to 8 p.m., featuring food and drink specials and gift card giveaways.

"It’s a thing about unity and the whole neighborhood and coming together, and we’re not gonna let little things like these get in the way of the bigger picture, which we’re trying to build communities and build a business and run a business," said Gaudencio Felipe of food cart Mixteca.